I recently became a great aunt at the age of 33. Perhaps it’s because all my great aunts are either gone or very elderly, but it got me to thinking.

If I’m lucky enough to make it into my 80s, I hope to be like some of my heroes. Octogenarian adventurers like Dale Sanders (oldest person to thru-hike the 2,200-mile Appalachian Trail at the age of 82), Audrey Sutherland (Hawaiian paddler who continued paddling in Alaska into her early 80s) and Helen Thayer (hiked the length of Death Valley solo and unsupported at the age of 80). These adventurers didn’t let age stop them, even if it slowed them.

Not only did these aged adventurers keep tripping long past the time many throw in the towel, they even did so past the average life expectancy of Canadians (82.3 years) and Americans (78.9 years).

Want to prolong your life expectancy by more than a decade? Who wouldn’t?

Adhering to those five lifestyle factors was associated with 14 additional years of life expectancy among women and 12.2 additional years among men. While it sounds simple, the study’s co-author, Harvard Medical School professor Dr. Meir Stampfer, noted just eight percent of North Americans abide by the guidelines.

In addition to the lifestyle stuff everyone knows, even if not everyone follows, there’s additional scientific evidence offering advice on how you can live long into your golden years. And it’s good news for canoeists.

Dan Buettner, a National Geographic researcher, coined the term Blue Zone more than a decade ago to describe geographical pockets with a high rate of centenarians and residents enjoying more years of good health. These seven pockets around the world include Italy’s Sardina, Icaria in Greece and Japan’s Okinawa, and share many lifestyle factors in common. Fortunately, you needn’t move overseas to reap the rewards—you can make your own Blue Zone on your next canoe trip.

In addition to the usual eat right and stay active habits, Blue Zones feature strong social ties, spiritual connections, and stress reduction as fixtures in the community. These factors are natural to nurture on a canoe trip.

What better place to reconnect with an old friendship or cement a new one than the shared experience of adventure? And regardless of faith or denomination, time in the wilderness and gazing at the stars leaves many feeling like they’re part of something bigger than themselves.

Not only has time outside and on the water been shown to reduce stress hormones, but the relaxation and extra sleep bestowed just by vacationing has its own life-extending benefits.

Even better for trippers with bucket list northern trips in mind, there’s evidence to suggest the longer the vacation, the richer the rewards. Participants in a 40-year study by the University of Helsinki had a 37 percent higher risk of dying if they took three weeks or less annual vacation compared to those who took more than three weeks annually.

“Don’t think having an otherwise healthy lifestyle will compensate for working too hard and not taking holidays,” study author and professor Timo Strandberg told Travel + Leisure magazine. “Vacations can be a good way to relieve stress.”

Have you submitted your vacation request for a big summer canoe trip yet? Go on—it’s good for you.

Getting younger by the mile on the Spanish River in northern Ontario. | Photo: Kaydi Pyette 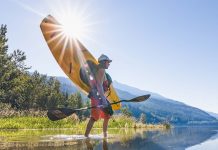 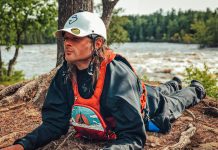 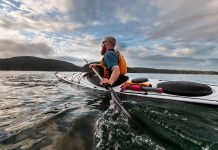 The Ultimate Training Program For Paddlers 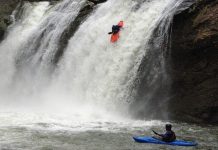 6 Tips To Supercharge Your River Running 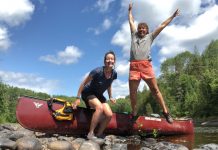