Next time you’re out on a clear, moonless night, look up. In the darkest skies of wilderness areas across North America, Yale University astronomers estimate you might be able to see up to 4,548 stars with the naked eye.

Is that all? When presented with the glittering night sky it seems like so many more. It’s almost easier to imagine all hundred billion of the stars in our galaxy are there for us to behold.

It takes a vivid imagination (and some mind-bending math) to visualize what’s really out there: an estimated hundred billion galaxies in the universe, each with a hundred billion stars and most of those with planetary systems of their own. We’re spinning on a infinitesimally tiny (comparatively, anyways) blue and green orb in the Orion arm of the Milky Way, in the Virgo cluster, on the outskirts of the Laniakea super cluster, somewhere in the agoraphobia-inducing known Universe.

Stargazing is one of my favorite wilderness activities. Give me a clear night sky and a flat rock and I’m a happy camper. When asked by TIME magazine what the most astounding fact about the universe was, astrophysicist-turned-pop-culture icon Neil deGrasse Tyson said: “The atoms of our bodies are traceable to stars that manufactured them in their cores and exploded these enriched ingredients across our galaxy, billions of years ago. For this reason, we are biologically connected to every other living thing in the world. We are chemically connected to all molecules on Earth. And we are atomically connected to all atoms in the universe. We are not figuratively, but literally stardust.”

Imagine that. It’s the philosophical stuff contemplative dawn patrols by J-stroke are made of.

There are 65 recognized dark sky preserves around the world, protected areas where the night sky is purposely kept free of light pollution. When atmospheric visibility and constellations align, there are places the Milky Way is so bright it seems to cast a shadow. That’s where I dream of paddling next. What do you dream of?

I ask because I know most canoeists to be dreamers. From winter evenings tucked away by the fireplace, dog-eared maps and guidebooks strewn across the kitchen table to fantasizing with friends over brews about the next trip—big or small—there’s always another adventure on the horizon.

There are two kinds of dreams: the one where you find yourself eating pickles while wearing a birchbark hat and talking to Uranus, and the reverie-type typically enjoyed while sitting in traffic or gazing out the window of your office. I’d also argue there are two types of dreamers: the ones who just dream and the ones who dream and do.

“I’m so busy,” is the mantra du jour, but no excuse. Write down your dream list—you won’t know what to work towards until you do. Open a calendar. Find out when you’re not next busy—six weeks from now? Six months from now? Align a trip with a date. Book time off work. Tell everyone. Recruit a friend. Don’t let anything get in the way of making it happen. Have the time of your life. Repeat as necessary.

Like every issue, this magazine is filled with dreamers. What pie-in-the-sky paddling plans will you make come true next?

They might say you’re a dreamer, but you’re not the only one.

Recirc is a column celebrating our favorite stories from 20 years of Adventure Kayak, Rapid and Canoeroots. This article first appeared in the Summer/Fall 2015 issue of Canoeroots Magazine. 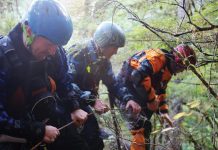 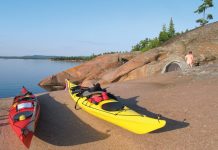 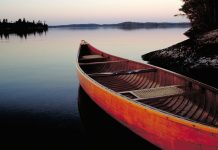 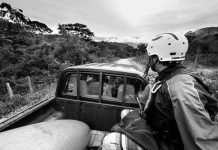 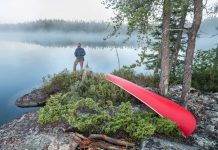