On April 19, 2018, Confluence Outdoor announced the launch of its new Specialty Advantage Program, an effort to support its specialty dealers with directed marketing, Internet sales and consumer financing.

Todd King, the vice president of marketing at Confluence says the program was developed to address the flood of cheap kayaks on the market. “Data shows sixty percent of all kayaks sold now are [sold at an] opening price point,” says King.

In parallel industries, like cycling, the opening price point represents just 20 to 30 percent of the market, King says. “It’s not a healthy balance for the consumer or the retailer.”

This imbalance is affecting sales for specialty retailers and hurting the industry as a whole, says King. The Specialty Advantage Program is intended to give specialty dealers tools to be more competitive. It will also reach out directly to consumers through a public education campaign to promote kayak safety and the benefits of higher quality products.

“The proper thing to do is educate consumers,” says King. 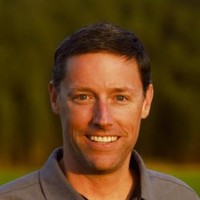 Central to Confluence’s educational outreach is a tongue in cheek video , Don’t Get Yakked Off, poking fun at what Confluence says are the weaknesses of kayaks at the low end of the market.

The video is an advertisement for Confluence’s Perception brand while taking a satirical jab at the lowest-price kayaks from other manufacturers, comparing them to porta-potties and lawn flamingos. Don’t Get Yakked Off contends these products are poorly manufactured and designed in comparison to Perception’s kayaks, while implying some may be less safe.

Darren Bush, owner of Rutabaga Paddlesports in Madison, Wisconsin, appreciates what he sees as the safety story embedded in the Don’t Get Yakked Off video.

“There’s an underlying message—boats without adequate flotation are a real risk,” says Bush. “The cheap boats are part of the problem, but the other factor is that a beginner who buys a cheap boat from Costco will not be told they shouldn’t go out when the air is 75°F but the water is still 45°F. Education is key.”

Getting a potential new paddler into a specialty shop instead of a big box retailer can be a challenge. Confluence’s Specialty Advantage Program aims to address this problem by driving customers to Confluence dealers with a new Internet sales and marketing program.

“The marketing is pretty huge,” says Bush. “Educating potential paddlers that there is a right place to buy a boat will help us.”

“Sales have gone through the ceiling,” says Detrick. He noticed a big change in web referrals coming from the Confluence site in late March of 2018. Numbers ramped up significantly in April. “In April 2017 we had 15 referrals from the Perception website, this year it was almost 600,” he says.

According to Detrick, web searches for Confluence boats used to return results for retailer websites first, rather than hits to Confluence. Now, he says, because of the money Confluence has put into web advertising, Google searches pull up the product page on each Confluence brand site first. Sales are then channelled to key retailers.

The Specialty Advantage Program refines Confluence’s previous Internet sales model through a partnership with Locally.com. Clicking the “buy now” button on each of the Confluence brands’ website connects customers with the participating shop closest to the user’s location with the model in stock.

With the new program, explained Detrick, Locally updates inventories daily. Dealers also receive notices when a customer tried to buy a boat online but none was available from dealer inventories. Confluence says the program helps sell-through, and incentivizes dealers to keep boats in stock. It also encourages them to bring in new models they might not have considered.

“Confluence is flipping the script,” says Detrick. In the old sales model, manufacturers were more focused on selling product to dealers than they were focused on seeing it sell through. Detrick sees Confluence’s new web tools as a different approach, one in which the manufacturer sees increased sales because they are helping their dealers move boats out the door.

Increasing sales requires customers who can afford to enter the sport. With this in mind, Confluence developed a consumer finance program to help new paddlers afford higher quality products. The Paddle Now, Pay Later program offers 90 days of free financing, a 15.99-percent interest rate following, and a one-percent transaction fee to the dealer.

“The program is actually a very good deal for consumers and retailers, as they get a better interest rate and we pay a slightly lower transaction fee than credit cards,” says Darren Bush.

Appomattox is one of the early adopters and Detrick thinks Paddle Now, Pay Later is an improvement over what he’s seen from other manufacturers in the past. The dealer gets a tablet from Confluence and uses it to initiate the credit process. Once things are started, the sales associate can hand the process off to the customer. This takes some pressure off sales staff and reduces negative feelings should credit be declined, according to Detrick.

The Specialty Advantage Program is still in its early stages and it’s difficult to predict what effect it might have on the broader paddlesports market. King expects the program to eventually reach between 150 and 250 of Confluence’s dealers and hopes it will help both Confluence’s sales and the health of the entire paddlesports industry.

“We want to significantly impact the paddlesports business in a positive way,” says King.