A call for creative canoeists in Algonquin Outfitters’ Tom Thomson Paddle Art Contest has yielded over 200 paddle submissions including hand-painted designs, etchings, carvings and stained glass compositions – there’s even an electric guitar paddle made out of an empty camp fuel container and fishing lures. 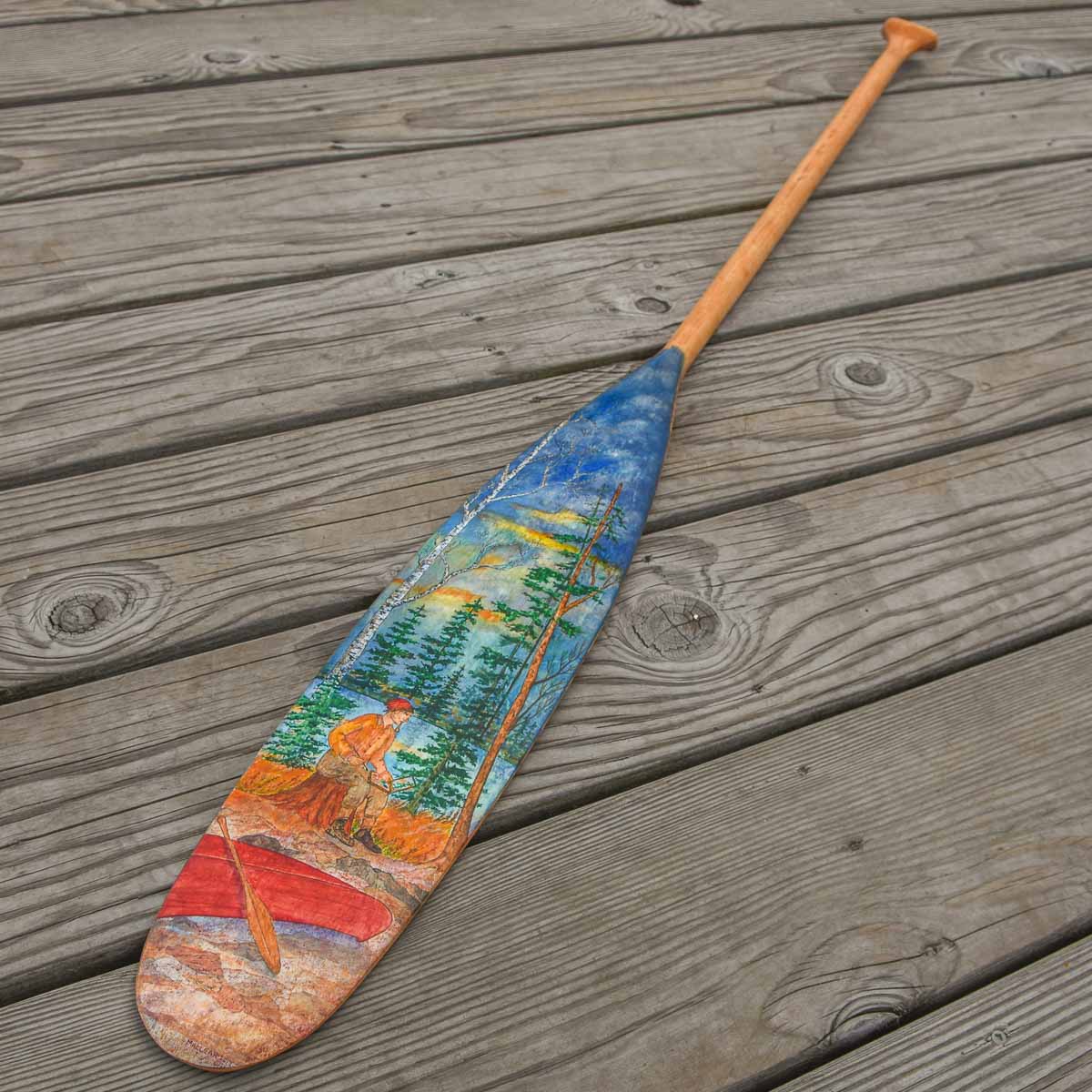 The contest, designed to be a celebration of both art and paddling for the 100th anniversary of Canadian artist Tom Thomson’s death on Canoe Lake in Algonquin Park, was launched in the spring of 2016 and ran until Aug. 31, 2017. Now that submissions have been received, the paddles will be judged by an auction benefitting two charitable groups in the Algonquin area that promote local art in the community.

“We knew that this year was going to be the 100th anniversary of Tom Thomson’s death, and also Canada’s 150th anniversary. Paddling would be a focus for that,” said Randy Mitson, Marketing Director of Algonquin Outfitters. “We wanted to come up with something that would really engage with the public and let them participate and be a part of it.”

The contest rules stipulated the only creative limitation was that some part of the finished design had to remain a paddle. 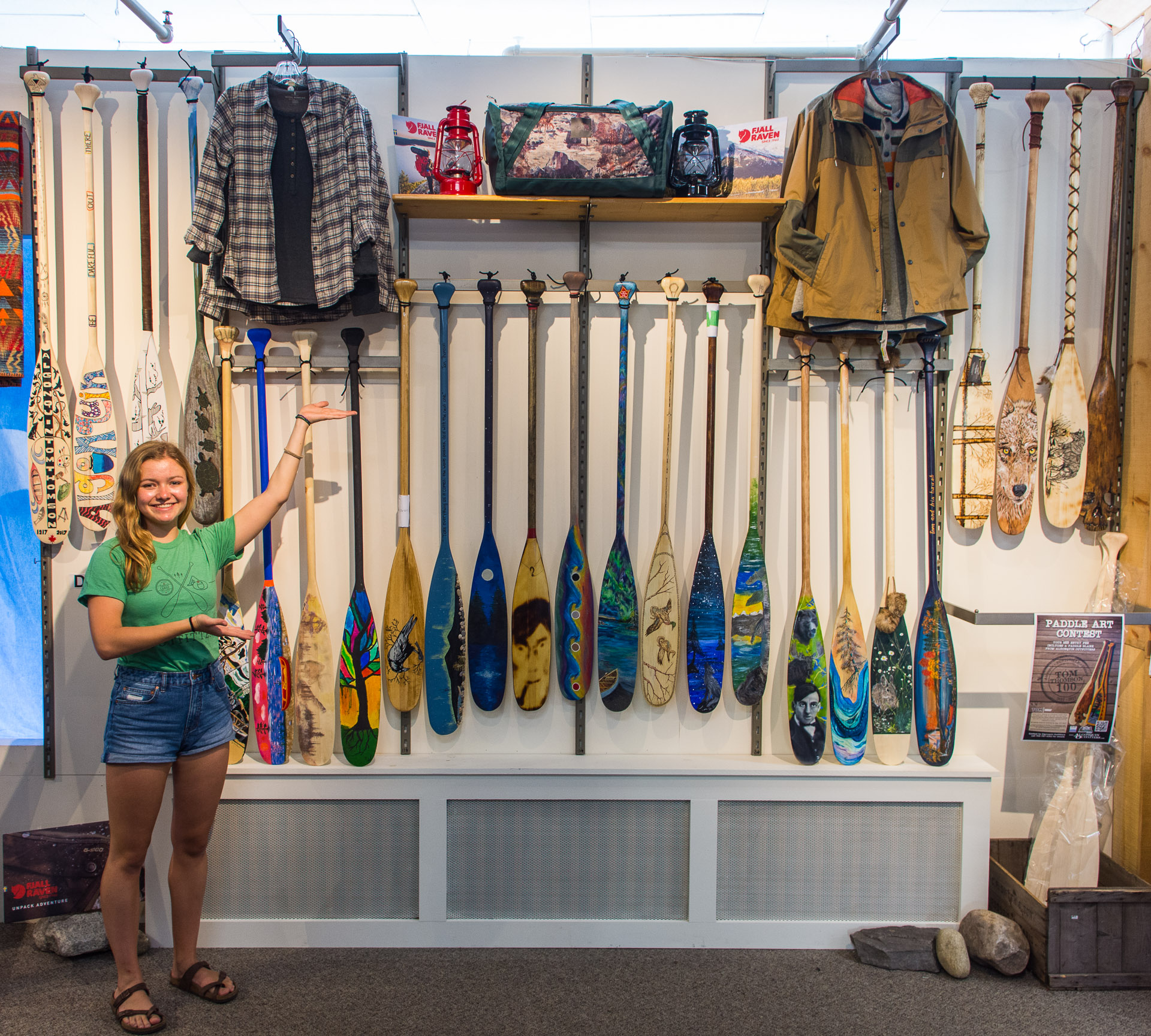 “We do quite a few contests, and we like to find ways to not always judge our contests ourselves, so what we’re doing with the Paddle Art contest is the paddles will be judged by the auction. The paddles that raise the most money at auction will be the ones that earn prizes for the artists,” Mitson said. “We have some really well-known artists that have done paddles, and I know that we are definitely going to have some paddles that fetch over $1,000 at auction. Three of the paddles actually spent all summer at the Tom Thomson Gallery in Owen Sound, so to have one of those paddles that was on display in the gallery adds some value to it,” Mitson said.

Algonquin Outfitters had hoped to send out 200 paddle blanks and receive 100 entries in return – one for every year since Thomson’s mysterious drowning on Canoe Lake – but they ended up supplying almost 1,200 Redtail Paddle Company blanks to participants for a modest $25 contest entry fee. 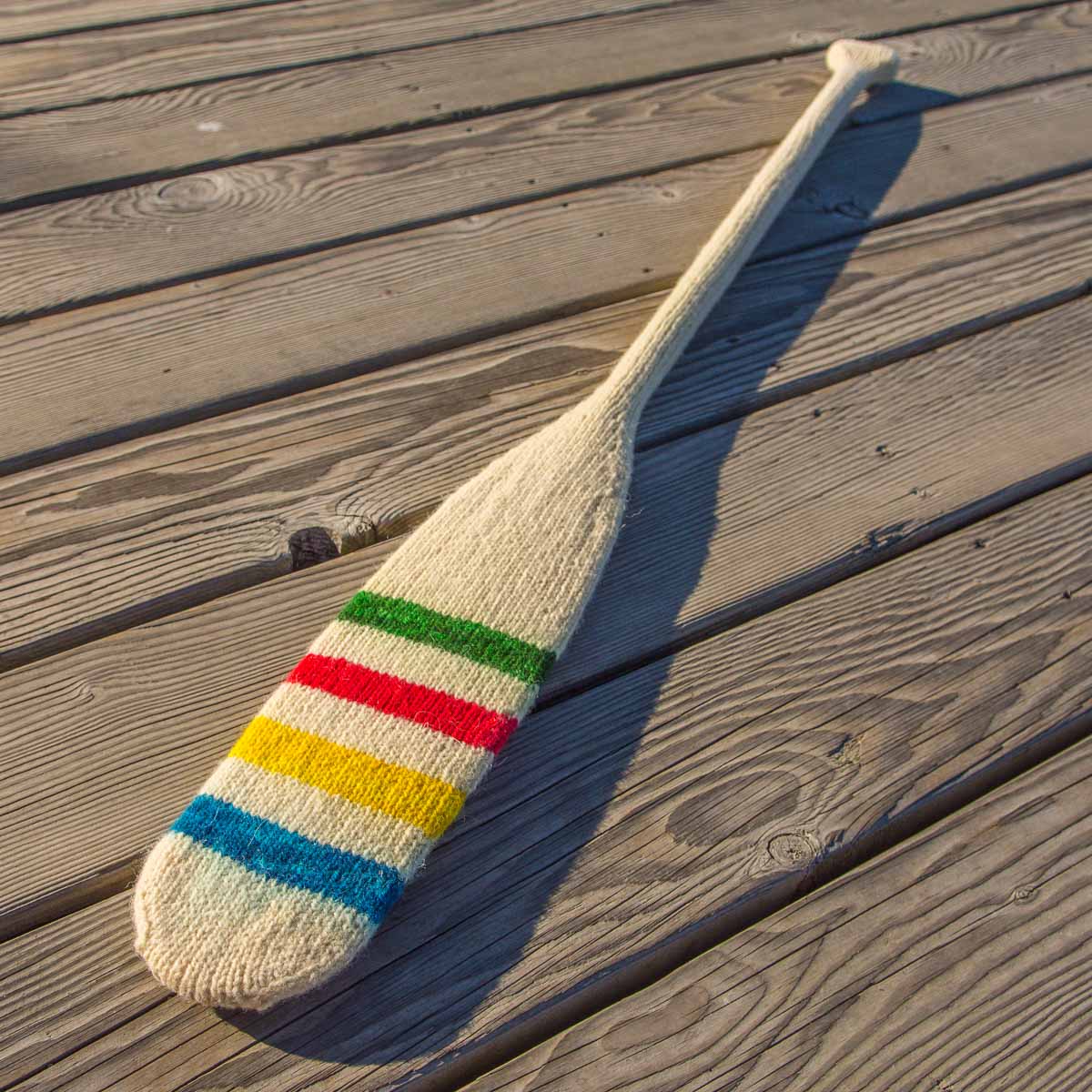 So 100 years later, to have 200 creative paddles raising money to support art in the communities where Thomson painted and to give back to the community in his name was a really great idea. Mitson thought he’d have to send out 200 paddles to get 100 back. Lots of people bought the paddle blank and then went home and got so attached to their own paddle that they didn’t want to bring it back – it’s hanging on their wall at home – so even if those paddles don’t come back and support the fundraiser, people still did what Mitson wanted them to do which is sit down and create a piece of artwork that they appreciate themselves.

Mitson said that the interactions he’s had with the paddle artists and the bonds created within the community were particularly rewarding aspects of organizing this contest. For him, one of the major highlights was when the Tom Thomson Gallery in Owen Sound expressed interest in partnering with the contest to showcase some of the designs.

“Seeing the fact that people wanted to share not just the end product but the whole process with us on social media, the stories, the connections… it gave people something to do this summer that they found rewarding,” Mitson said. 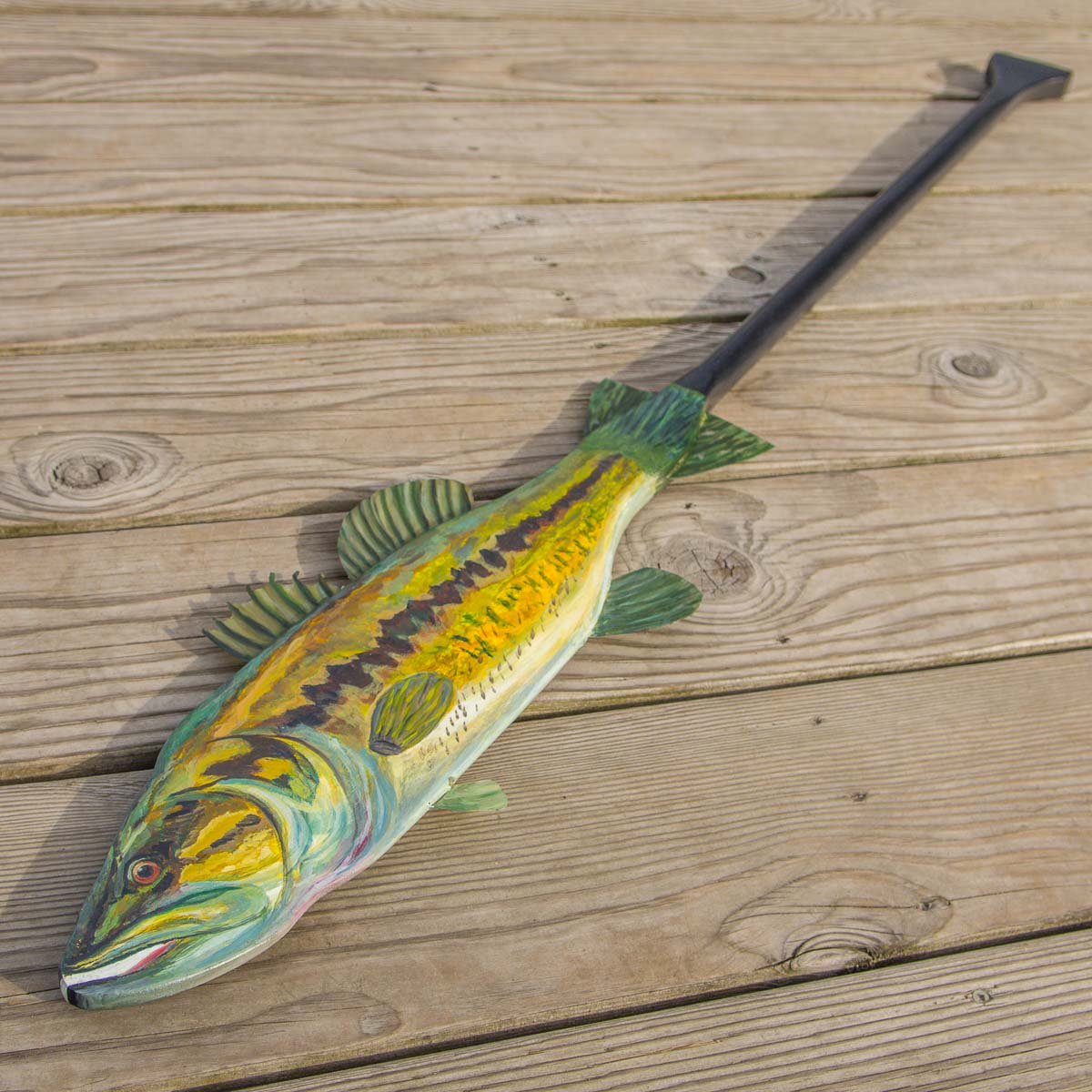 The online auction runs from the week of Sept. 1st until Sept. 29 at www.algonquinoutfitters.com/auction. There will be a final showcase at the Algonquin Theatre in Huntsville on Sept. 29 between 3 and 9 p.m. to announce the winners. Proceeds from the auction will benefit Oxtongue Lake for Arts and Culture and the Town of Huntsville Fund for Future Acquisition of Public Art.

“It goes back to art in our local communities,” Mitson said. “Some of the locations Thomson painted are a short walk from our Oxtongue Lake store, and we wanted to bring awareness to that.”