The 18th annual Yukon River Quest begins June 29 at noon in downtown Whitehorse. The 444-mile canoe race on the Yukon River from Whitehorse to Dawson City lasts until July 3 and is the world’s longest annual canoe and kayak race. Along the race route there are only ten total hours of mandatory rest stops at two locations. This means competitors are racing almost non-stop under the midnight sun. 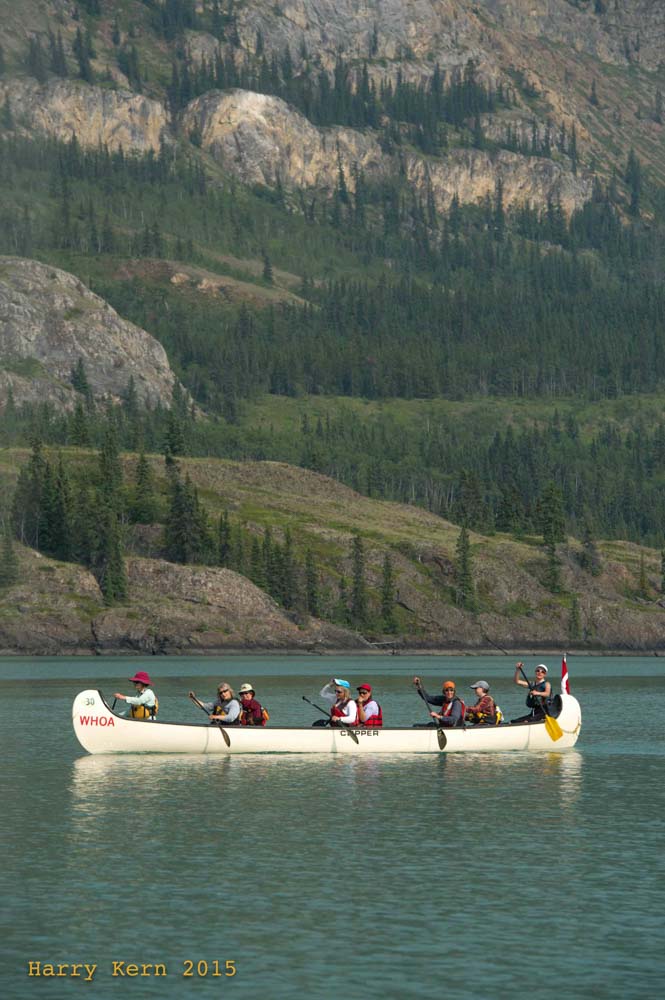 The latest pre-race tally counts 94 teams from 14 countries entered this year. The race is open to tandem, solo and voyageur canoes, kayaks, and new this year—an experimental class for stand-up paddleboarders. 11 individuals will be racing on SUPs, including Hawaii’s Bart de Zwart who completed the first ever SUP crossing of England’s North Sea, and British Columbia’s Lina Augaitis, one of world’s top female athletes in the sport.

Harry Kern, president of the Yukon River Marathon Paddlers Association says that the inclusion of SUPs in this year’s race has generated a lot of interest, and he hopes that their participation and success will enhance the event and quiet naysayers.

The 2016 race pursue will be $35,770 CAD with additional cash prizes for different categories including the top all-Yukon canoe and kayak teams and the top First Nations team. Competitors are eligible for prize money if they can finish in Dawson City within 55 hours of the start, or by 5 a.m. on July 2. SUP competitors are not eligible for prize money but will receive a Finisher’s Pin if they can complete the time requirements to arrive in Dawson City.

All teams wear active SPOT devices, so you can follow their race progress here.