Canoe trip pickings have been thin for me recently.  By thin I don’t mean I have trouble dreaming up new trips—my problem is that my once-trusty tripping partners are being sideswiped by real-life responsibilities: kids, jobs and mortgages. They’ve moved on while I can’t shake my expedition addiction.

Last summer, with a route mapped and time to find a partner running out, I settled on Rob Hart, a relative youth at 30 and a regular mountain biking companion. The only problem? He’d never been on a canoe trip. 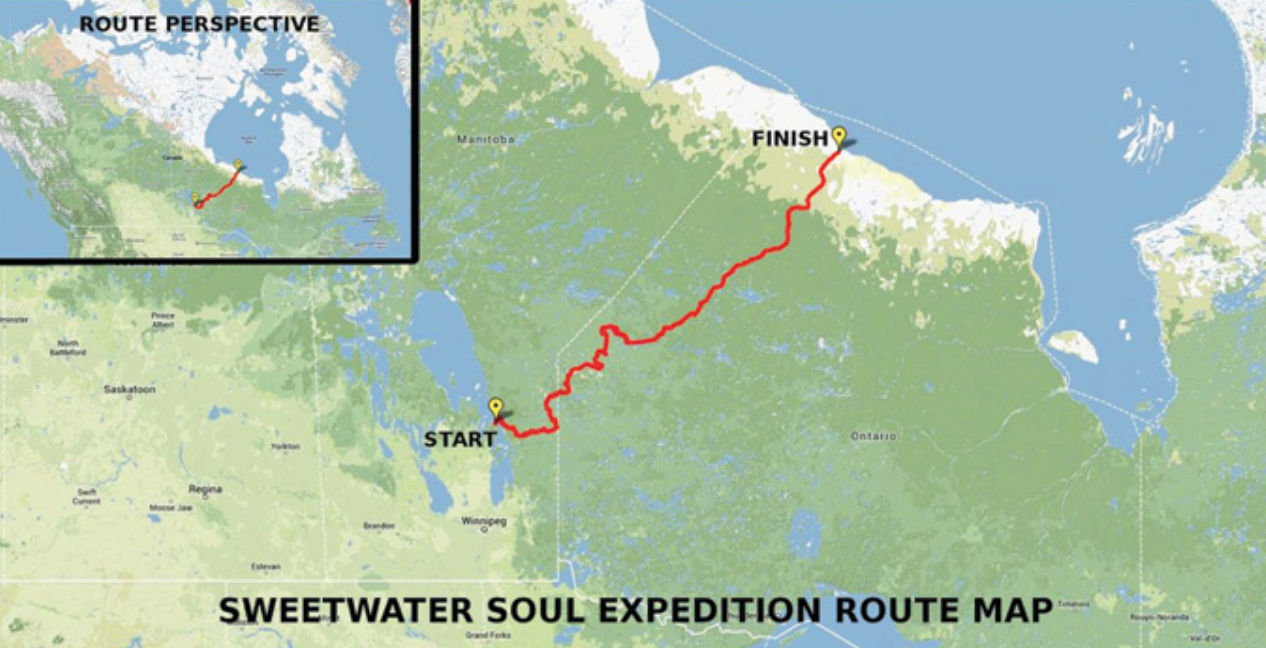 A British Columbia boy born and raised in the remote mountain community of Tatla Lake, Rob grew up amongst a scattering of home- steads in the bush. Though he’d never been on a canoe trip before, he was familiar with the woods of the North Chilcotin range. By age seven he was in charge of chopping wood and keeping the woodstove stoked in his parents’ small cabin.

Living on the land creates an innate connection with the rhythm of nature. Paddling strokes and navigation skills can be taught, but being comfortable moving through vast wilderness is an asset you don’t find every day. Plus, Rob was keen and I was desperate. I needed a partner if I was to complete the 1,350-kilometer expedition from Lake Winnipeg to Hudson Bay in 26 days.

Even I recognized this was a stiff test for a first-timer, and had pre-trip doubts about the decision. As it turned out, in many ways, I was to become the student.

A couple days into the trip we came upon a hearty clump of orange-yellow colored mushrooms along the riverbank. Rob stepped out of the canoe and crouched down to inspect them.

“These are chanterelles,” he told me.

“Really? You sure they’re not poisonous?” I asked.

“I pick the same ones back home every fall.” I’ve walked by these delectable morsels countless times during thousands of canoe tripping kilometers in the Boreal, but it took Rob’s keen eye and curiosity with forest edibles to make me see them in a different light. In the past, the threat of mistakenly eating toxic wild mushrooms had made me steer clear of them, but the scrumptious addition to our bland freeze-dried food that night turned Rob into the hero of the day.

It was just one of many moments where Rob had me seeing things from a different perspective: Under a hot sun we dragged our canoe through swampy shallows in a thicket of cattails. When the canoe lurched to a stop I looked back to find Rob knee deep in swamp water, cutting a stalk of one of the cattails and stripping it down to its core. He snapped me off a piece. It tasted like a combination of carrot and celery—a refreshing and unexpected bog snack. Suddenly, cattails were more than something just to grind through; they were sustenance.

Another time, fishing off an island on the Black Birch River, Rob pointed out some algae-like sacs attached to the rock underwater, billowing in the current. This underwater windsock was something I’d often paddled past, but never considered. Rob turned one inside out to show me the larvae of the trumpet-net caddisfly.

His wide-eyed curiosity was showing me something fresh in an environment I thought I knew so well. And the eight days we’d just spent grinding upstream on the Bloodvein River? Rob just breezed through it like he was sipping a Mai Thai at the Royal Hawaiian on Waikiki Beach.

Not to say Rob didn’t have his learning moments. The one thing they don’t have out West are the billions and billions of bloodthirsty mosquitoes that rise from the muskeg at dusk for their nightly feed.

Our second night, Rob decided he’d go outside for a pee at 2 a.m. He was abruptly mugged by thousands of the beasties, who then followed him as he dove back inside the tent to escape the onslaught.

Brutally awakened, I joined in the slaughter of the ‘skitters until peace returned. For Rob, the experience was like a kid putting his finger on a hot stove for the first time—he’d only ever do it once. He made sure he had a pee bottle handy inside the tent from that point on.

By the end of the trip, Rob had picked up the paddling skills and general river savvy that comes with time on the water, while my mind had been enriched by fresh observations of the Boreal wilderness. After two decades of expedition paddling, for the first time I was learning to pause my lust for kilometers and achieve a new level of intimacy with the wilderness.

Twenty kilometers from our finish at Fort Severn, we spotted a polar bear lumbering along the shore toward us. We stopped paddling and drifted slowly by it, stunned and delighted by the surprise sighting. It paused, looked at us, yawned, and then moved on.

The bear was a perfect, awe-inspiring reward for Rob—an experiential Stanley Cup he could hoist to mark the passage from newbie to veteran tripper over the course of 26 glorious days.

Another summer is rolling in as I write this. Predictably, Rob got a steady job and can’t go with me this year. However, since it worked out so well with him, I’m pretty open now to another fresh-faced partner. Any takers?

Frank Wolf is a Canadian filmmaker, adventurer, writer and environmentalist. Visit him at frank-wolf.net. 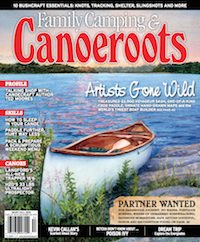