Three years ago Rafa Ortiz set his sights on a new goal. The professional kayaker from Mexico has extensive experience hucking himself off massive waterfalls, but this one would be a little different. The waterfall in question? Niagara Falls.

Chasing Niagara, a new feature-length kayaking film by Red Bull Media House and River Roots, follows Ortiz on a three-year journey to plan, prepare and train to run Niagara Falls. He travels with the film’s director Rush Sturges and others from the paddling community all over the world to train, from lush Veracruz, Mexico to the Ottawa River.

Niagara Falls wouldn’t be the highest waterfall ever kayaked, but its scope and the sheer amount of water rushing over it every second would make the feat revolutionary within the sport.

A kayaking movie that shows both action and risk management

While many kayaking movies appeal by taking viewers along directly to the climax of action and suspense, Chasing Niagara accomplishes that while also showing the lengthy planning and risk management involved. We see long discussions about risk and readiness, the logistics of planning undercover, some very close calls in the water and meticulous practice with a rescue team. Those involved in the plan for Ortiz to run Niagara Falls also have to process the fact that the feat could potentially end in jail time.

Along with beautiful cinematography, a more complex structure than many kayaking films and a killer soundtrack, Chasing Niagara should be on your list this summer. 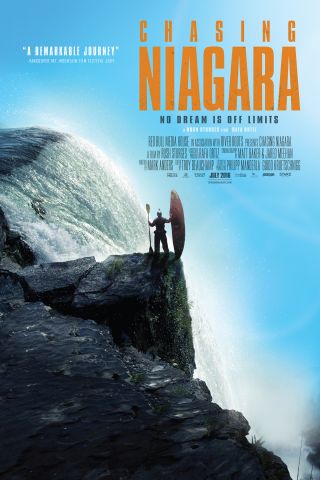