The first annual “Oetz Trophy” extreme whitewater race in Austria kicks off tomorrow, October 8, 2021. The race will take place on the familiar section of the Wellerbrücke river, Austria—previously home to the Adidas Sick Line event before it was permanently canceled in 2017.

In his most recent Youtube video, pro whitewater kayaker and race contender Dane Jackson explains how levels shot up from around 180cms to 270cms in an unexpected overnight rainstorm. By the time he was recording the video, levels had dropped down to a more manageable flow of 240cms—well, “manageable” if you’re Dane Jackson.

Dane grabbed his gear, headed to the river and began to scout the brown, burly rapids of the racecourse. He decided that the first hole was runnable, but the reward wasn’t worth the risk, so he put in just below it.

As we watch Dane battle the course’s big water, we can only imagine that we’re sharing the same feeling of nail-biting suspense as the onlookers peering over the river deck and down at the small (by comparison) kayaker below.

As is generally the norm with this world-renowned kayaker, he sticks his lines and hits his take-out eddy right where he needs to be. Taking a big exhale and big whoop at the finish eddy he had set himself.

If you haven’t heard of the Oetz Trophy event yet, you’re probably not alone. This new event is the recent brainchild of the team at Source To Sea Kayak School.

“The Ötztaler Ache is our home river, we spend every autumn in the Ötztal valley, and we think that the Wellerbrücke section deserves to have a race because it is so beautiful!,” they said in a recent press release.

“After extensive brainstorming, numerous discussions with athletes and the important players in the Ötztal, we quickly realised that if we wanted another race to happen on the Wellerbrücke, then we would have to organize it ourselves.”

After qualifying rounds, the main race will take place on the classic section of the Oetz River, where the previous race series was held. Organizers have commented that they wish to keep things “simple” this year, but we could see some changes for next year’s event. The race will kick off Friday, October 8, 2021 and run until Sunday, October 10, 2021. You will be able to tune into the livestream here. 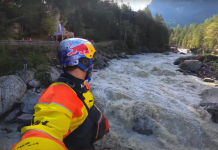 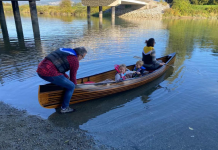 This Man Turned Three Pianos Into A Canoe (Video) 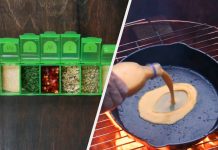