Liquidlogic couldn’t have known when they released the Remix nearly 15 years ago it would become their longest running kayak in production to date, and a favorite not just for kayak instruction, but advanced paddlers pushing the limits on difficult rivers. With the progression of kayak design in recent years, the enduring Remix is due for, well remastering. It seems that kayak has arrived with Liquidlogic’s announcement of the RMX by designer Shane Benedict.

“The longest running boat that Liquidlogic has ever made is the Remix. The Remix came around at a funny time in kayak design. Everything was getting shorter. They were heading down to around eight feet.

“That shortness made them easy to handle in tight, technical situations for sure, but you lost performance. You lost speed. You lost glide. That’s one thing we were excited about with going back up to nine feet when we developed the Remix nearly 15 years ago. That boat was developed to be a beginner boat and an all-river craft. But those same attributes, the intuitiveness, the speed, the skip, and the carvy feel. Those are attributes the most advanced paddlers in the world want as well. And that’s what we wanted to bring in the RMX.

“The same thing is sort of happening now. The boats are longer, so it’s not that. But all the boats are rockering up. There’s huge rocker on both ends. Yes, it does make it easier to paddle and easier to handle. But once again we are losing that performance feel.

“What we’ve done with RMX is drop the stern rocker. It’s a little bit more than the original Remix, but less than a lot of what’s happening right now. Right now, boats are effectively getting shorter in their waterline. So they are getting that same thing, easy to spin and do all this stuff. But you start to lose that performance feel. We are trying to bring that back with a modernization. So the RMX is an attempt at that new, intuitive-feeling boat, that will take care of you and be an all-river craft. And beginners can use it, but also the best paddlers in the world are going to take it to the hardest rivers.

“The RMX is three different sections of boat to me. You’ve got the middle. That’s your foundation that takes care of you. That’s your stability, your spin. It’s got a nice flat hull so you can move it around real easily.

“But then on the front you’ve got a Mack Truck. You’ve got the Alpha bow rocker. And it just wants to run over everything.

[ Read: Everything You Need To Know About Buying A Creek Boat ]

“You’ve also got the tail, which is performance. That tucked down volume allows you to pivot quickly, or to do a really nice water boof by tucking that tail under water. But also, I’ve carried the chines out wide, all the way to the end, and the tail is a little extra wide as well. That does a couple of things: Speed through rapids especially, skipping out of the bottom of drops, and the chines being held out wider give you really nice carving arcs as you are working your way downstream.

“The simple way I’ve started to describe the RMX is it is the speed and DNA of the old Remix, but we’ve added in the big tank bow rocker, and flat chined hull.”

Learn more about the RMX at: liquidlogickayaks.com. 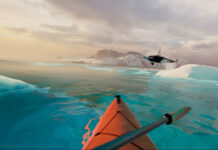 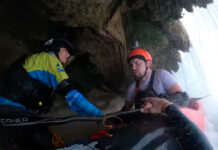 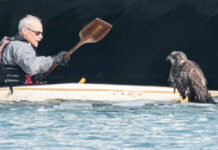 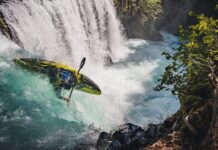 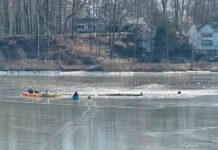