The text from my girlfriend arrived: “Really? Another one?” I didn’t need an emoji to feel her eyes rolling. We’d been strategizing about how to store our kayak fleet—which is really my kayak fleet and her one all-purpose Romany. The “do we need six kayaks between us?” had just become seven because I’d just picked up a $100 repaired plastic touring boat we could loan out to visitors and bounce off rocks. Heck, I tell my girlfriend and myself: storing seven kayaks isn’t any different from storing six. 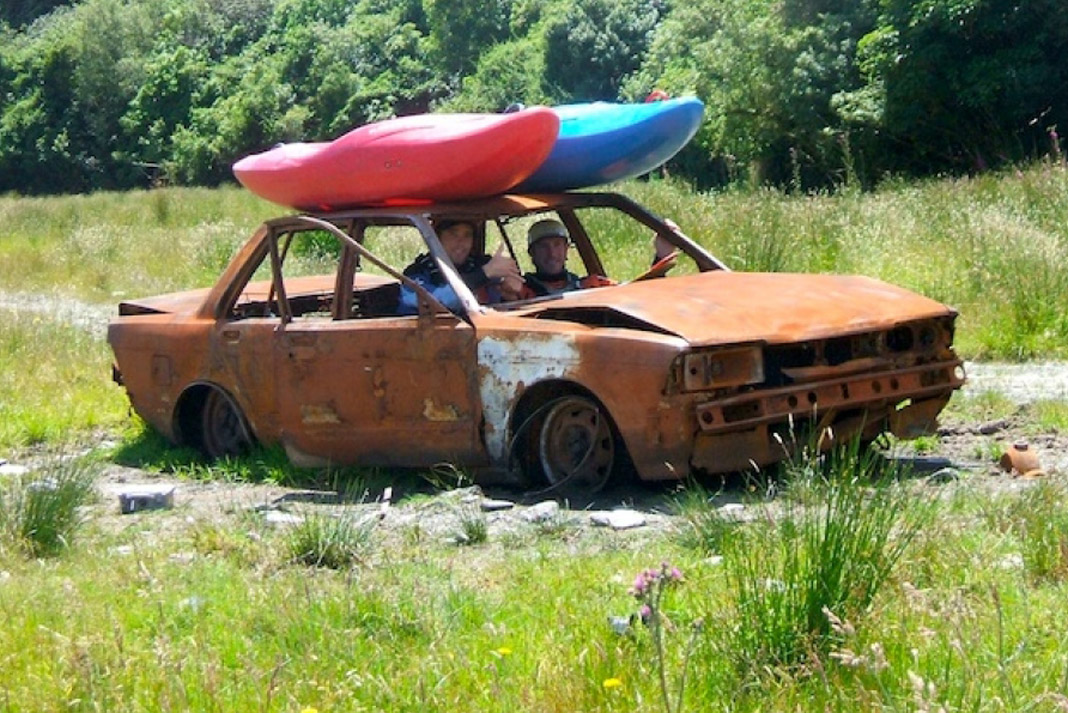 Everything You Need To Know About Buying A Used Kayak

It’s a seller’s market for your used kayak

Of course, now would be the time to sell, not buy. Kayaks have been flying off the shelves. Boats are sold and paid for in full while they’re still in Conex boxes on the decks of post-Panamax container ships somewhere on the way to North America. The pandemic has driven folks into outdoor recreation and gear of all kinds is scarce. With new boats still trapped in the anvil between high demand and broken supply chains, used kayaks are commanding a premium, even at the end of the paddling season. Whitewater boats with bow pitons and plastic welds are going for $800. A 20-year-old outdated touring kayak is for sale for $2,000—the same as when it was purchased new in 2002.

The sensible move would be to sell a few of the less-used portions of the fleet, pocket the money for other things, and pay less for a replacement when things settle down. I could sell my heavy, battle-scarred 22-year-old NDK Explorer and, when costs drop, buy something a bit less worn and lighter. Or sell my play-the-sea crossover that’s great for specialized rock hopping and self-supported class II trips but grueling to paddle on the flats.

I could also sell my older-but-in-good-condition whitewater boat until the market slides a little. Then I could pick up something more cutting-edge when some of the folks who dove into the sport during Covid decide they don’t like paddling and sell cheap. Or I could free up space and money for a better bike, invest in pork bellies, cryptocurrency or NFTs, or go on an awesome trip.

But no, instead, I just picked up a welded tourer for less than it would cost to replace its hatch covers. Let’s face it, if you spend an inordinate amount of time dreaming about all the possible ways you could get on the water or editing photos from past trips, getting rid of boats is hard. It’s not like selling stocks to get into bonds because the Federal Reserve raises the interest rate. I’m a paddler and an environmentalist, not a Wall Street quant. I don’t use a Bloomberg Terminal to figure out what boats should be in the garage. Kayaks are not assets to be liquidated when the spreadsheet says so.

That crossover boat in the garage will be the perfect craft for a multiday trip down my favorite desert river next spring. That heavy, scratched-up Explorer? It’s already outfitted just how I like it.

Or was. It’s not in my garage anymore. That’s not because I sold it, though. It’s because some jerk stole it off the roof of my car. So now I’m filing an insurance claim and scanning Craigslist to see if the thief is dumb enough to try and sell it online at a marked up price. If they do, I’m a buyer. Of course, I’m also bringing along my friendly local sheriff’s deputy to help load it on my car.

New kayaks are a hot commodity thanks to increased participation and supply chain disruptions. With many retailers’ fleets sold out for the summer season, prospective buyers turned to the used market to get on the water as soon as possible. And some sellers have cashed in on the heightened demand.

Paddling Magazine has always contended kayaks are an excellent long-term investment, but the industry hasn’t seen used boat prices like this before. Though the used kayak market hasn’t experienced quite the same value spike as the used car market—which shot up an astonishing 38 percent in 2021, according to cargurus.com—kayaks have retained, and sometimes even increased, their value. And we’re not just talking about premium models and materials anymore.

We went trolling through Craigslist, Kijiji and Facebook Marketplace. At the time of writing, most good-condition kayaks manufactured a decade ago are being advertised at roughly their original purchase price. And, because many manufacturers have only moderately increased prices during that time, a decade-old kayak might be within 15 percent of what the same model costs new today.

Neil Schulman stores and paddles his kayaks in Portland, Oregon.

What do you call a morning paddle with friends? Priceless. | Feature photo: Michael Connor

0/5 (0 Reviews)
Facebook
Twitter
Pinterest
Email
Mix
Previous article
The Story Behind The 360-Camera Kayaking TikTok Taking Over The Internet (Video)
Next article
All Together: A View From Inside The Canoe At The Queen Lili‘uokalani Outrigger Canoe Race