The title of our six-week wilderness adventure in northern Quebec last summer should be A Tale of Two Prospectors. Our friends paddled one of the original river trippers, a 17-foot cedar-canvas Chestnut Prospector from veteran builder Headwaters Canoe Company. Meanwhile, Jon and I put the new Nova Craft Prospector 17 TuffStuff Expedition through perhaps the most rigorous boat review in Paddling Magazine history.

Our plans for a remote trip in the untracked wilds of Nunavik—traversing winding rivers, sprawling lakes, four watersheds, the thunderous rapids of the mighty Nastapoka River, and even a stretch of tidal Hudson Bay coast—demanded a capable and reliable craft. Fortunately, Nova Craft owner Tim Miller was eager for the opportunity to prove the TuffStuff Prospector is just that. A shiny new, cranberry-red Nova Craft Prospector 17 arrived on our doorstep a few weeks before departure.

Nova Craft debuted their TuffStuff material in late 2014. The sturdy composite—a proprietary blend of Innegra and basalt finished with gel coat—is Nova Craft’s unequivocal answer to the what-will-we-do-without-Royalex question. Boat testers immediately set about beating the new boats down bony backyard runs in an effort to discover the limits of TuffStuff’s toughness (read a review of the TuffStuff Prospector 16). But the tougher-still Expedition lay-up—which adds a reinforcing layer of fibers, optional skid plates and an extra five pounds—begged for an actual, hard-assed, rocks-rapids-and-portages wilderness trip. In other words, a proper expedition.

[ Plan your next canoe expedition with the Paddling Trip Guide ]

No need to walk on eggshells

In shallow headwater rapids, collisions with unseen rocks reverberated through the rigid hull, but left only a slight scuff on the skid plates. By day seven, our Nova Craft Prospector 17 showed many light scratches and two gouges through the gel coat—injury resulting from some less-than-gentle wading—exposing the undamaged composite fibers but in no way compromising the integrity of the hull. Five weeks of tripping later, the scars remained purely superficial and easily touched up at home.

While Jon and I could casually slide our Prospector into the alders for loading and unloading, or scooch it over the odd beaver dam or rock bar, our friends’ cedar-canvas canoe had to be treated with kid gloves on every landing and lift-over. Canvas that springs a leak can be field-repaired, but it’s not something you want to make a habit of on an extended trip. We piloted the TuffStuff exactly as we would a Royalex hull; our trad trip-mates paddled theirs like a fine china teacup.

The right material is a weighty concern

Aside from its durability, the other tremendous advantage of TuffStuff is its very manageable weight. Tipping the scales at just 63 pounds, our 17-footer is 25 percent lighter than most comparably-sized whitewater tripping canoes, which means I could carry it at least 50 percent further on portages.

On the water, our friends’ hefty wooden canoe is improbably buoyant; its gracefully re-curved ends ride several inches higher than our Nova Craft Prospector 17, and its deeply rounded belly swallows gear with nary a dent in freeboard. In contrast, when our Prospector 17 is loaded with 700 pounds of paddlers, packs and food barrels, the choppy waves that prevail on our route’s shallow, wind-tossed northern lakes slap at our gunwales, even as our trip-mates bob imperviously ahead.

As log drivers and new paddlers know, however, round equals tippy. Our Prospector’s shallow-arch hull gives it much greater initial stability, especially when empty, so it’s just as capable in the hands of novices or on micro-adventures as it is on once-in-a-lifetime wilderness expeditions.

Get Tuff with the Nova Craft Prospector 17

The original Prospector canoes, crafted from steam-bent cedar and stretched canvas, embody the elemental qualities of their resourceful namesakes. The Nova Craft Prospector 17 TuffStuff Expedition employs state-of-the-art materials and a shape revised for today’s travelers, but the name continues to conjure visions of exploration and challenge, of seeking fate and fortune in the wild unknown. 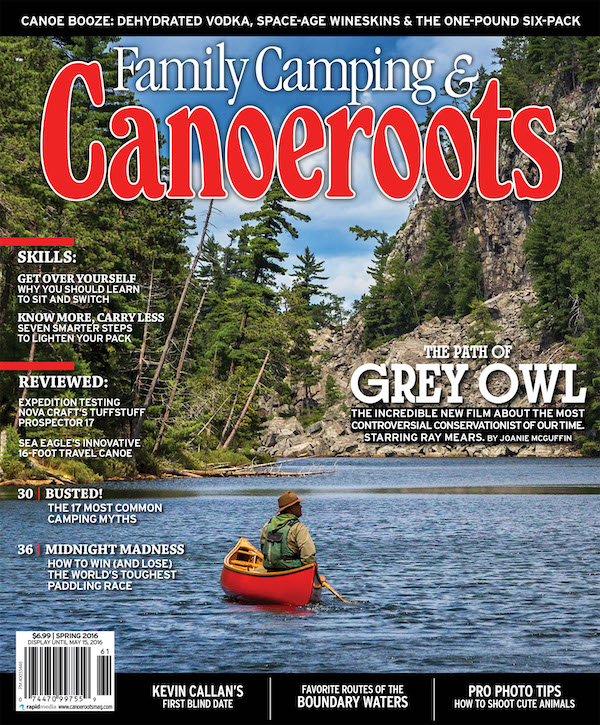 Best Canoes For Families For...