Have you seen The Kayak Transformers? This summer blockbuster begins not long ago in a galaxy not far away (Alberta), where a group of entrepreneurs quietly hatch a plan to create the most successful kayak company in the world.

By the end of 2005 our heroes have raised more than $2.4 million in startup capital and are angling for another $2 million from investors. In 2007 their top-secret invention, the TRAK T-1600, finally hits the water with a big splash. They boldly hype it as “the world’s only performance kayak that goes in a pack” and the media eats it up.

The action begins when the T-1600 rolls onto the scene in an attractive duffel bag with a plastic external frame and built-in wheels. Then it stuns its human owners by transforming into a medium-sized touring kayak in less than 20 minutes—faster than any other folding kayak in the universe. The one-piece hull and deck and aircraft-aluminum frame appear outstandingly engineered and constructed. A battle ensues for the hearts and minds of kayakers everywhere.

There is a dramatic climax when we discover that there are three hand-powered jacks built into the frame—one on each side of the cockpit and one along the keel between the paddler’s legs. These allow the T-1600 to change shape on the water. In an instant it switches from the flat profile of a rowing shell to the rocker of a whitewater canoe. Egads! Do you realize the implications? Here is a kayak that is immune to the classic tradeoff between speed and maneuverability! It can outrun play kayaks and outplay touring kayaks! Global market domination is virtually assured.

There’s a moment of doubt when we see that the side jacks are designed to hook the hull left or right to overcome turning in crosswinds (because the T-1600, in a gesture of elegant simplicity, has no skeg or rudder). The hard-chine, deep-V hull is not strongly affected by wind, so we wonder if this kinky feature is a strength or a weakness.  As the saga continues, however, the TRAK T-1600 proves itself to be an awesome transformer. It holds its own against any other folding kayak for its construction quality and ease of assembly alone. Dueling with quality hardshell kayaks in their element is another matter. These old standbys do what they do really well, at a price that’s easier for the masses to swallow. So the battle rages and it will take more time to know if the T-1600 can fulfill its creators’ dream of revolutionizing kayaking the way parabolic skis swept downhill skiing. Things look rosy for now, but just like in Hollywood, you can pretty much bank on a sequel. 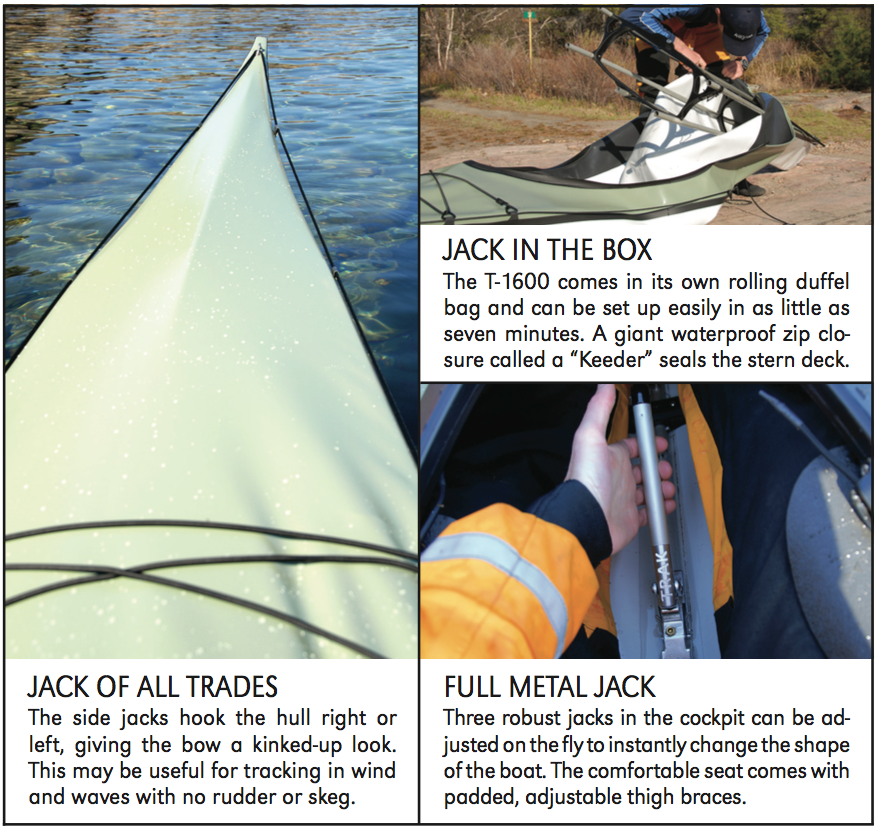 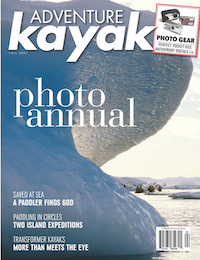