March 21, 2022 – A call for submissions begins today for Red Bull Rapids, the wildest whitewater race where showmanship and ingenuity take top prize. In its 11 year history, this marks the first time that Red Bull Rapids has ever taken place in the United States – providing a truly once-in-a-lifetime experience for participants and spectators alike.

Hundreds of rapid seekers from Oklahoma and beyond will compete in this light-hearted, group participation challenge where 50 teams are selected to create their very own man-made vessels to race down a 258-yard whitewater rapid course, located at Riversport OKC. Teams consisting of 2-5 people (18 years and older) are scored on the creativity of their vessel, the speed at which they descend and the distance traveled – some may cross the finish line, others may not. Teams that place in the top three will be awarded with exclusive Red Bull experiences. 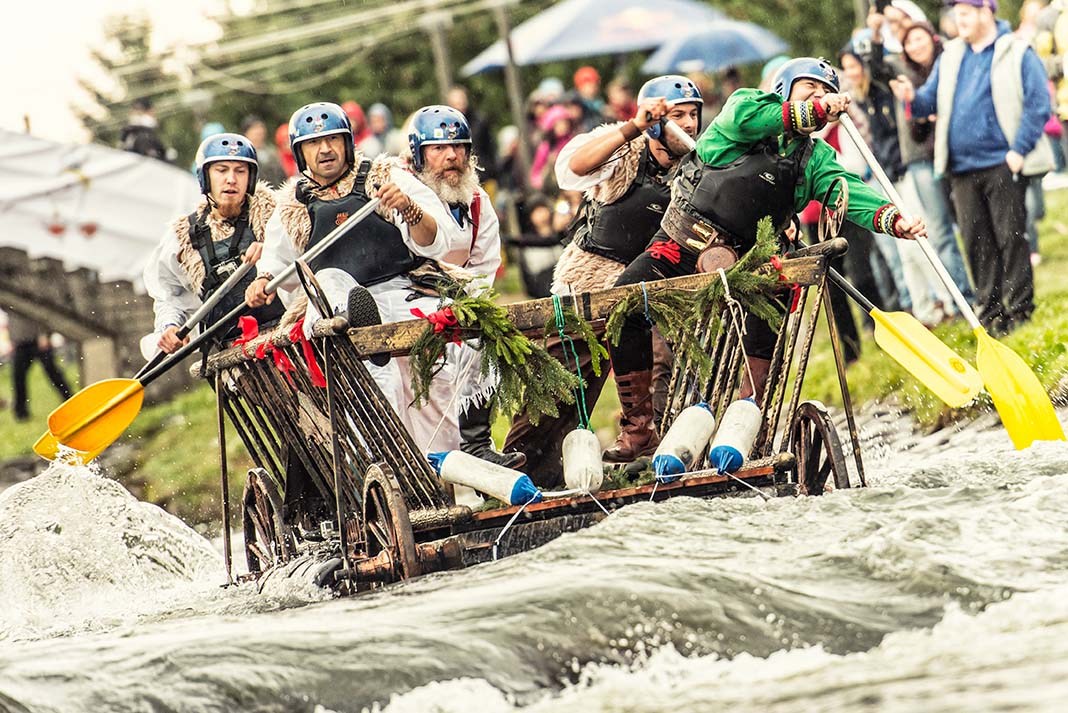 The scoring will be conducted by a panel of judges, featuring Red Bull athletes, coaches and Oklahoma’s own Darci Lynne. Darci Lynne is a native Oklahoman and season 12 winner of America’s Got Talent. She garnered over 90 million views on AGT’s YouTube channel and received the most votes for a final performance in the history of the show. She’s now ready to use her skills to judge whether her fellow Oklahoma natives have what it takes to win it all.
“I’m so pumped to be judging this competition,” said Darci. “I have never done anything like this before, so this is most definitely new for me – I’m ready to see what everyone’s got. Bring your A game and good luck to everyone!”
Beginning March 21 to May 27, interested participants are invited to submit an application to include a team name, bio, and sketch of the proposed craft – a team gallery of photos is also encouraged to add a personal touch. Upon reviewing the applicants, 50 teams will be notified by July 1 to begin building their crafts, while also provided with a formal invitation to run the rapids on event day, August 27.

While the sky may be the limit on creativity, there are still a few float regulations. First of all, crafts must be entirely human and gravity-powered (no external energy sources or stored power – forget about the turbo charged engines, boost buttons or anything besides your own burliness). Secondly, crafts must be less than 10 feet long and must weigh no more than 175 pounds (excluding the captain). 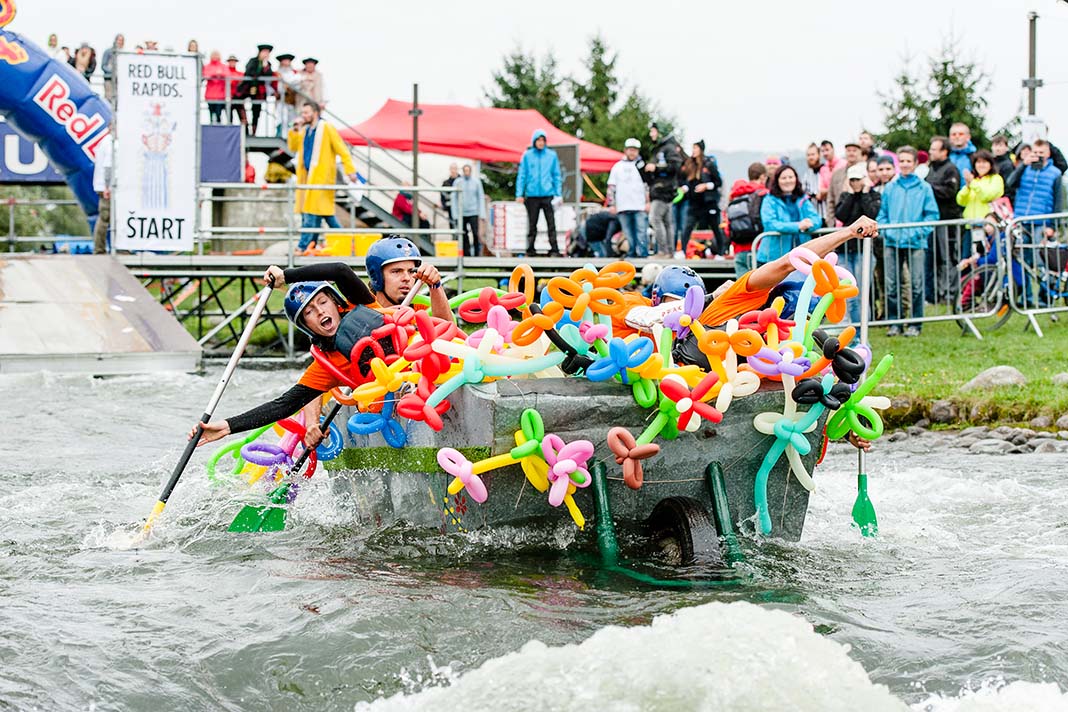 Red Bull Rapids is a free event and public spectators are encouraged to enjoy the live show. Gates open at 10am CST and the first competitive craft launches at 12pm CST. Submissions are currently being accepted at www.redbull.com/rapidsokc. For access to high res photography of previous international Red Bull Rapids events, please visit our Red Bull Content Pool.

Red Bull® Energy Drink is available in over 172 countries worldwide and more than 9.8 billion cans of Red Bull were consumed last year, more than 3.7 billion of those in the U.S. alone. Red Bull Energy Drink’s signature 8.4 fl oz can contains 80 mg of caffeine, about the same amount as in a home-brewed cup of coffee. For more information, visit energydrink-us.redbull.com.