Bill Vonnegut is an ACA Level 5 instructor and teaches for River & Ocean, including regular rock garden classes and ocean rolling. He likes to get out on California’s open coast as much as possible and loves the freedom and challenges you can find there while rock gardening and surfing.  Bill also enjoys hot summer days paddling the South Fork American river.

Have you ever wondered what weathercocking is and how the skeg works in relation to it?

By use of these diagrams, I will explain what is happening to your kayak when it “weather-cocks.” 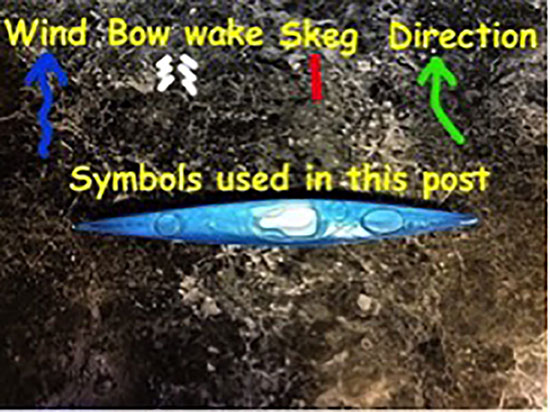 The photo above is a key to the symbols used in the remainder of this article. 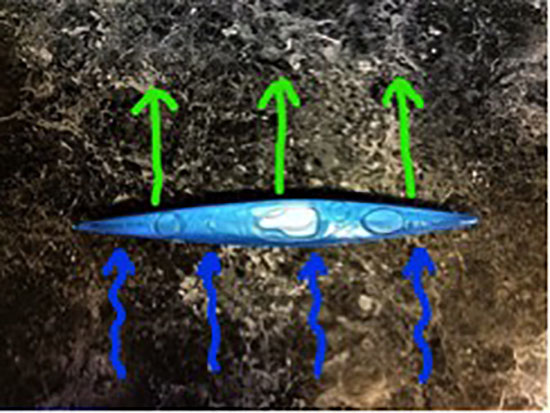 Here, the boat is at rest and the paddler is not taking any strokes. The wind is blowing against the side of the boat (depicted by the blue lines). In this scenario, the kayak orients itself so it has even pressure from the wind down the entire side causing it to blow across the water sideways. 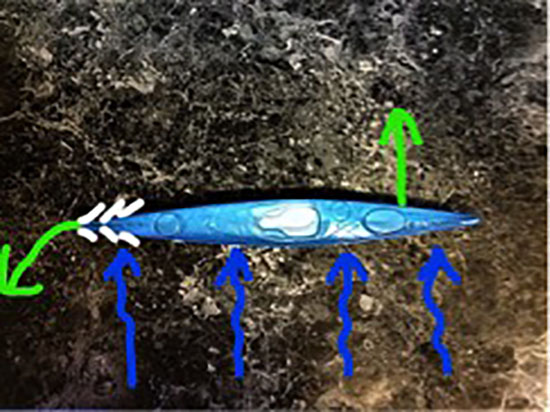 In this photo, the paddler is taking forward strokes and has the boat at the average paddling speed of three knots. The wind is still blowing against the side of the boat, which is causing the kayak to turn into the wind—this is called weathercocking.

Notice the boat still has even pressure from the wind along its side as it moves forward. But the pressure of the “bow wake” against the front of the kayak is holding the bow and not letting the wind push it sideways. Since there is nothing to hold the stern in place and the bow is locked; the wind blows the stern away causing the boat to turn into the wind. 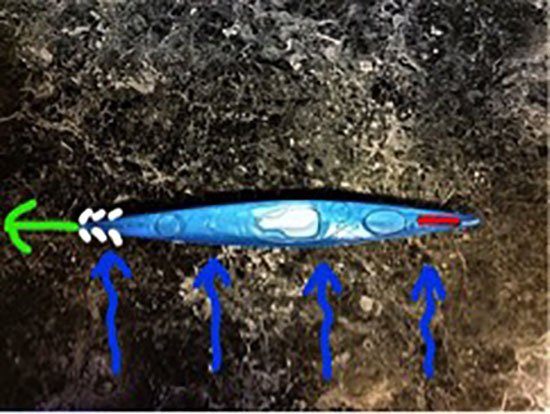 To stop the boat from turning into the wind, the paddler has lowered the skeg. By lowering the skeg, the stern of the boat locks in and does not let the wind blow it sideways. Now, the kayak has restored even pressure against the wind and the boat straightens out. 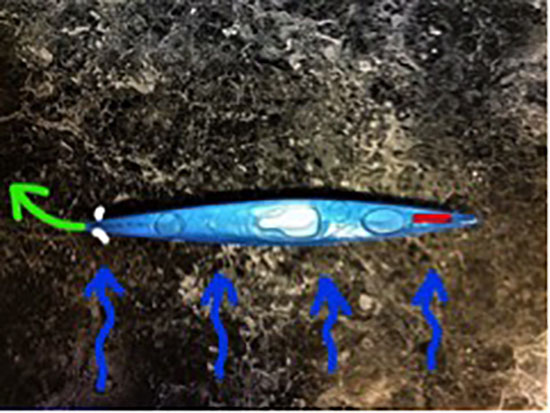 Another common question I hear is: “My skeg is down and the boat still turns, why?!” Notice the bow wake is much smaller because the paddler has slowed their pace,  which decreases the pressure of the wake holding the bow in place. Since the skeg is still deployed, it is now locking the stern in tighter than the bow, causing the kayak to turn away from the wind.

This is the reason skegs are adjustable, they can be fine-tuned to equal the pressure of the bow wake. The rule of thumb for skeg adjustment: if you are turning into the wind, lock the stern in tighter by deploying it deeper and if you’re turning away from the wind, give it less skeg to decrease the hold on the stern. 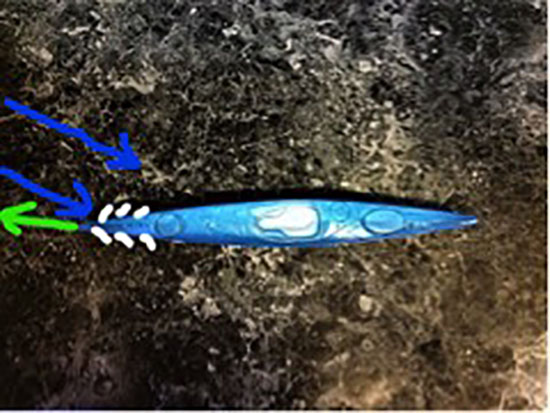 “Do I put the skeg up or down when I paddle into the wind?”

The boat wants to naturally head into the wind and since that’s the direction you want to head, the skeg should be up so the boat is able to freely turn into the wind. 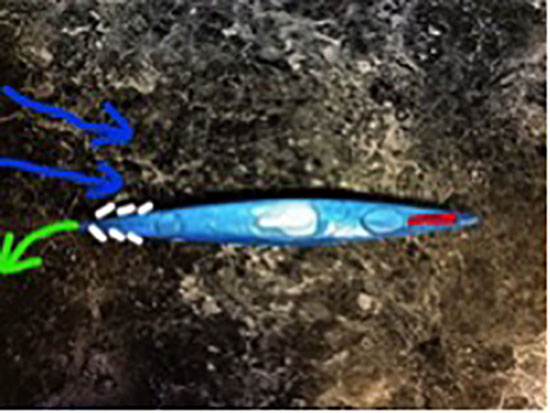 This rule does not apply if you are lined up exactly into the wind, but then you don’t need the skeg! 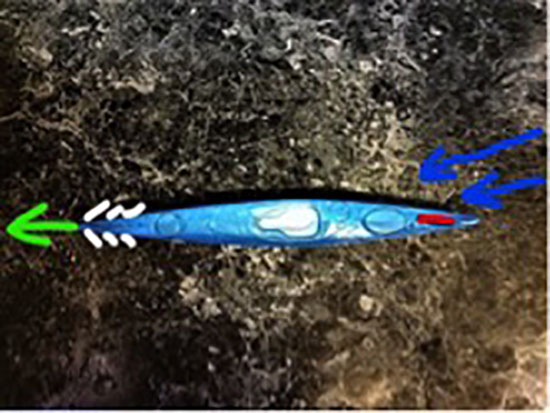 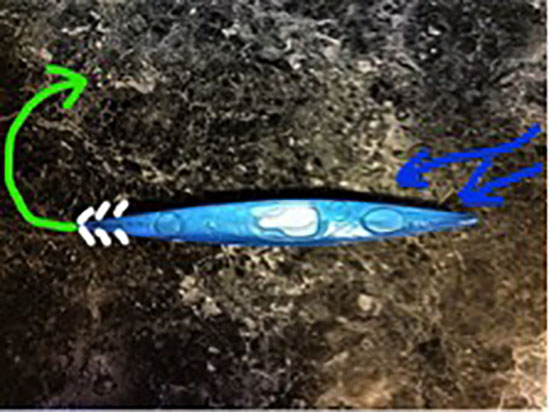 “What happens if the wind is coming from behind?”

With the skeg down, the boat tracks nicely because the stern is held in place. Once the skeg is raised, the wind will push the stern around causing the boat to turn into the wind.

I have only mentioned skegs, but a rudder works the same way. The more turn of the rudder, the more lock on the rear of the boat.

With the knowledge in this article, you should be able to identify how the kayak will respond to the wind when you are out paddling in different conditions. Keep in mind that skegs are adjustable and can be fine-tuned to the position needed for the amount of wind, direction, and your paddling speed.