Few people can match the influence of artist and filmmaker Bill Mason in shaping the Canadian identity. His films, produced at the National Film Board of Canada, have introduced generations of students to Canada’s wilderness and the concept of environmental stewardship. In his work as an artist, Bill depicted the wilderness as benign, beautiful and precious, and he offered an alternative to the perception of nature as something to be feared, conquered and exploited.

[ Plan your next canoe adventure with the Paddling Trip Guide ]

Few know the whole story behind the famous filmmaker and environmentalist. In his youth, as Bill became more and more attuned to environmental responsibility, he used his art to encourage environmental responsibility in his audience. He took every opportunity in his commercial art and photography to show Canadian wilderness to Canadians. He would have preferred to do beautiful high art oil paintings to celebrate God’s creation, but he knew that such a medium had a very small audience compared to photography and, especially film.

Bill Mason started working as a commercial artist in the early 1950s—designing newspaper ads to sell tires and billboard campaigns to sell bread. Bill always knew he was going to be an artist even when he was in grade one. As a student, Bill impressed his teachers with his ability to draw. Bill thrived in courses where he could draw his answers, like in science. He knew he could communicate by creating images and set out to become a commercial artist.

After graduating from the University of Manitoba and starting his commercial art career, Bill was also able to go on extended canoe trips. He’d slip away for six months at a time. He often canoed solo over the well-intentioned objections of just about everybody. It was these extended solo trips that gave Bill plenty of time to contemplate man’s place in nature.

His sense of environmental responsibility and cultural awareness of the history of the nation evolved over the years. For example, in his early years he idolized les coureur de bois, and in his own mind romanticized their exploits. Later, after he read more history and realized the exploits of the fur traders were more like exploitation, he saw the age of the fur trade and les coureur de bois through more realistic eyes.

[ See also: Retracing Canoe Routes Of Old On The Eastmain River In Quebec ]

A sense of responsibility

One incident during this time crystallized Bill’s understanding of man’s responsibility to the land, and set the underpinnings for his environmental ethics for the rest of his life. He heard a sermon one Sunday in Church. The minister’s point was simple. The word dominion as it is used in the King James version of the Bible, Genesis I Verse 26,“…and let them have dominion over the fish of the sea… over the fowl,… over the cattle,… over all the earth…”, was misinterpreted and misunderstood, and that the original Hebrew word, radah, was closer in meaning to responsibility for when translated in context. This simple revelation was an epiphany for Bill. All his musings about the environment and man’s role in consuming and preserving it became crystal clear. The point made in the sermon was equally valid as a point of religion, as a point of economics, and also as a point of common sense: we should take care of the land, not abuse it.

The willingness of a modern civilized Christian culture to interpret radah as a license to exploit natural resources for profit became painfully clear to Bill. Forever after that, Bill never took cultural assumptions for granted. He challenged conventional wisdom.

Bill knew that the way he could best serve the cause of environmental responsibility was through his art. But, as a commercial artist he could make a living only if he advocated products and activities which he thought were detrimental to the environment and to human health. As a commercial artist, Bill Mason had to take contracts where ever they came from, or he would starve. He did work for tire companies, trucking companies, and logging companies. His very career was a contradiction of all the environmental ideals he stood for.

So Bill became subversive. If his clients only knew! When you go back and look at his commercial art from those days you can see he is probably the only commercial artist who could sell a product, and at the same time teach a lesson in Canadian history and environmental ethics. Many of his ads sold the product by associating it with facts from Canadian history, or with the value of pristine wilderness. His clients had provided Bill with a platform from which he could advocate his vision. Like the best teachers, the main point of his lesson was in the unspoken analysis and reflection. If you look at all his films, this multi-layered agenda of entertaining and teaching is used in every one. And often, the most important part of the lesson is the part remaining unexpressed yet perfectly clear.

At the same time, Bill’s clients loved the work he did for them. He became a respected and sought after artistic director for advertising firms. His advertising sold product as well as environmental ethics.

Before Bill went on his extended canoe trips, he would quit his job. To be more accurate, every year he asked for six months off without pay—which was always refused. Then he quit his job. When he came back at freeze-up, they always hired him back. During these trips, he shot photographs of his beloved wilderness. He used a simple Rolleiflex camera and he shot 2 1/4” × 2 1/4” slides. He became well known in his native Winnipeg because of his slide shows. He was invited all over the city to show them. As an artist, Bill Mason advocated environmental responsibility on the premise that, if you show people how beautiful the wilderness is, they will inevitably become responsible environmentalists.

A place to stand, a place to grow

The slide show, “The Timeless Wilderness,” was what connected Bill to his first film job. In 1956, Chris Chapman (A Place to Stand, Ontario pavilion, Expo 67, Academy Award winner for Best Short Film 1968) had a contract to make a film about Quetico Provincial Park. He needed an assistant who knew how to live in the wilderness and who could also play the part of the canoeist. He heard about Bill from someone who had seen “The Timeless Wilderness.” He hired Bill, and one great Canadian documentary filmmaker launched the career of another.

[ Plan your next Quetico adventure with the Paddling Trip Guide ]

Bill’s rise to success as a filmmaker was meteoric. One success followed another. The very first film he made for the National Film Board of Canada, Paddle to the Sea, won eleven national and international awards and was nominated for an Oscar (Best Short Film) in 1968. One of life’s little ironies: he lost to his mentor, Chris Chapman, A Place to Stand. By the mid-seventies, he had become one of Canada’s most successful documentary filmmakers.

Love of the land, so well expressed in his films—Paddle to the Sea, Rise and Fall of the Great Lakes, Wolf Pack, Death of a Legend, Path of the Paddle, Face of the Earth, and many others—became a part of the Canadian psyche. Better his vision than that of Disney or Nintendo.

From filmmaking to painting

Bill’s influence as an artist and filmmaker was not confined to Canada. Several of his films have been translated into several languages. Queen Elizabeth showed Paddle to the Sea at one of Princess Anne’s birthday parties and wrote Bill to express her pleasure at how well the film was received by the children.

Every Canadian who is a canoeist or an environmentalist is familiar with his name. Bill’s favourite red Prospector canoe shares a display area in the Canadian Bill’s films were so well made, and were so appealing, they were used again and again from kindergarten to university for many courses.

Bill retired from film making in 1986 to pursue his first love—painting. With his very high profile success as a filmmaker, it was easy for people to forget his first love was painting. He had been experimenting with a new technique—oil applied to paper with a palette knife—and he was ready to strike out on a new career as a full time professional painter. He divided his time between writing and painting for a few short years. But Bill’s career as a painter was cut short by his untimely death in 1988 at the age of fifty-nine.

Bill Mason is best remembered as an artist

Many words have been published about Bill’s life and art, but an artist’s story is not complete until it is told through his art. The legend of Bill Mason is best illustrated and understood through seeing all his work. His commercial art, his photography, his films, his books and his paintings have become cultural touchstones for all Canadians. His art explained to Canadians why they should be environmentalists.

This article was first published in the Summer 2002 issue of Canoeroots Magazine. Subscribe to Paddling Magazine’s print and digital editions, or browse the archives. 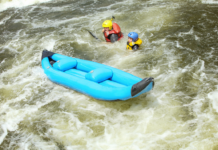 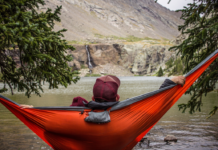 19 Best Non-Essential Pieces Of Paddling Gear—According To You 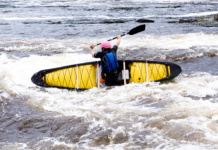