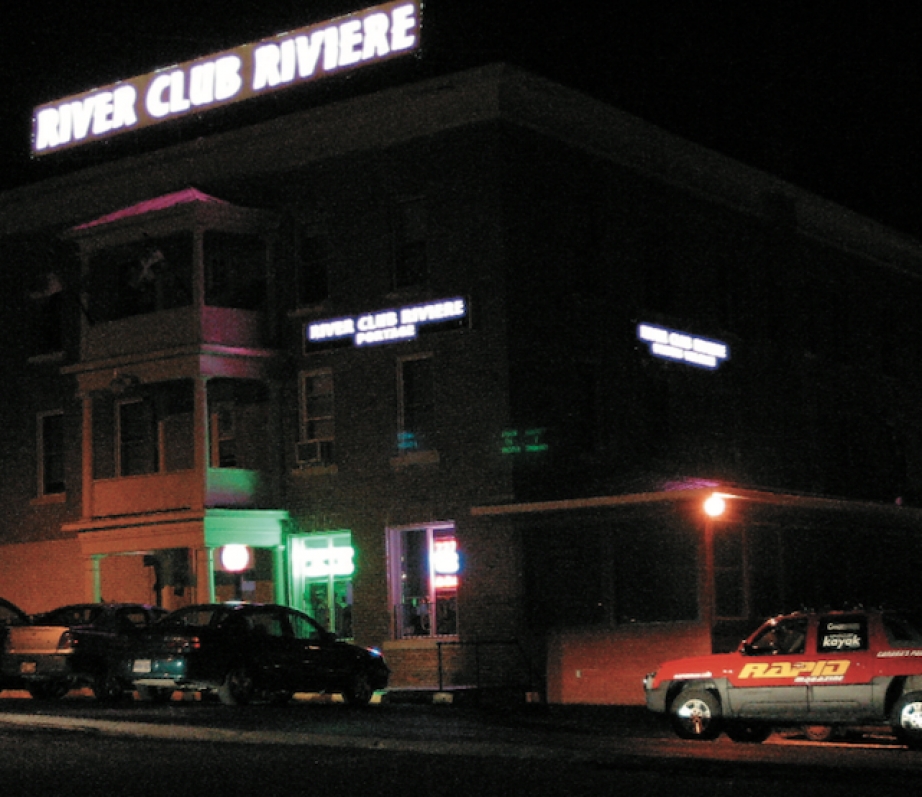 Paddling bars are a great buffer between a great day on the river and the drive back to wherever. They are the nucleus, holding together the free-spirited electrons who are the fabric of the paddling community. Without paddling bars we’d land back in our apartments or day jobs bubbling with epic stories to unload on people who nod politely but quite frankly don’t give two shits. They can’t. They’ve never cleaned gates 16 and 17 or been worked in a pourover above a drop.

Some paddling bars are the light at the end of tunnel after a long day on the river when you’re tired and hungry. Like Calumet Pizza on the Rouge, The Mad Trapper on the Kicking Horse or the Backeddy Pub at the water taxi dock for Skook. Ever stopped to wonder why these bars are located in such thirst-quenching locations? Because some thirsty and enterprising paddler came along before you and he too dreamed of a cold beer at the takeout.

Then there are the paddling landmarks, the destination bars like the Madawaska Valley’s Wilno Tavern, the Ottawa’s River Club, The Drake in Canmore and the Rockcliffe Tavern at Minden’s Gull River. After dinner you sucker a driver and pile into the largest vehicle in the campground and crank the only cassette in the van—a live bootleg of Bob Marley.

In the winter these watering holes freeze over and are taken back by the local loggers and sled-heads. But when the whitewater flows the gates on the taps are open. The person standing next to you doesn’t ask the score of the Jays game, or hasn’t heard the weather forecast. He speaks your language of aerial blunts and cubic metres per second and brags of bagging a swimmer at 60 feet, not to mention knowing the proper way to order beers in both official languages:

Serving: Gull River, Minden, ON.
Mullet factor: High (but long at the back).
Beer by the gallon: 140 oz. pitchers for $34.
Local brew: Molson Canadian.
Clientele: Locals and cottagers mingle on Saturday nights with camp staff from Kandalore, Kilcoo and Onondaga.
House cocktail: Jack Schnapps (“hangover in a glass”).
Perks: Taxi service, ATM across the street, $3 drinks on Wednesdays, Sunday night open mike on the patio.

Serving: Rouge River, Grenville, QC, where $10 buys: A) a lap dance for the lonely river guide that lasts for two songs; B) a poutine and hotdog combo washed down with Jack Daniels.

Serving: Skookumchuck, Egmont, BC.
Home of: Fabled Skookum Burger—10 ounces of beef with fries and all the fixins’ for only $16.25. 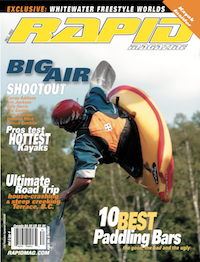 This article first appeared in the Fall 2003 issue of Rapid Magazine.