Some of these memoirs capture the feeling and thinking of a bygone era: Steinbeck’s Travels with Charlie: In Search of America. Others offer a personal inventory of a peripatetic life’s trajectory: A Man’s Life by Mark Jenkins, Dirt Work by Christine Byl, or Smile When You’re Lying by Chuck Thompson.

Then there’s another rather different travel book on my shelf. Actually, it’s usually out on the table, where it wields an irresistible magnetism over houseguests: Lloyd Kahn’s Tiny Homes on the Move. The stories in this richly illustrated volume profile individuals for whom “life” and “trip” are inextricably entwined. So complete is their wanderlust, these folks have actually built their houses to travel with them.

There are artfully outfitted, meticulously crafted buses, vans, and trucks of every description. Artists whose self-described gypsy wagons are natural extensions of their creativity. There’s even an entire section devoted to floating homes on the move, including a globe-circling sailboat co-piloted by esteemed sea kayak coach and guide, Ginni Callahan.

For these nomads, “van-life” is more than a hipster hashtag plastered to every tailgate sunset pic on Instagram. It’s a way of living each day according to one’s values, of ignoring the boxes for ticking “this” or “that” and drawing a third option: both.

[ Also read: How A Paddling Mantra Will Make You Happier ]

Recently, a friend and tripping companion told me about an exercise in which you plot your potential future trips on a sort of life calendar. All of them—a finite summation of individual adventure potential. I declined.

If the wanderers in Kahn’s book don’t distinguish between living and traveling, why should I? Sure, their tiny homes are beautiful, mobile works of art containing all that’s necessary for living in itinerant comfort. But if I pack carefully, winnowing down to only what I truly need, I have the same: my kayak.

As the late Audrey Sutherland writes in Paddling North, going on a remote kayaking trip “isn’t going away, it’s going to.” To contentment, contemplation, curiosity. To excitement, and enlightenment. It’s raising a glass to adventure.

Cheers to life on the move. Feature Photo: Virginia Marshall 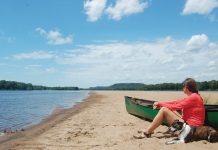 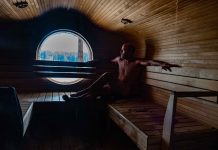 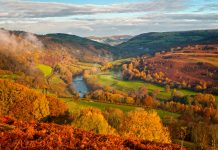 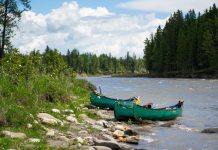 3 Best Canoe Routes Near Edmonton On The North Saskatchewan River 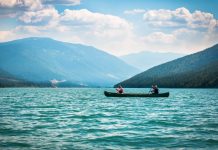 Why You Need To Paddle Lake Revelstoke