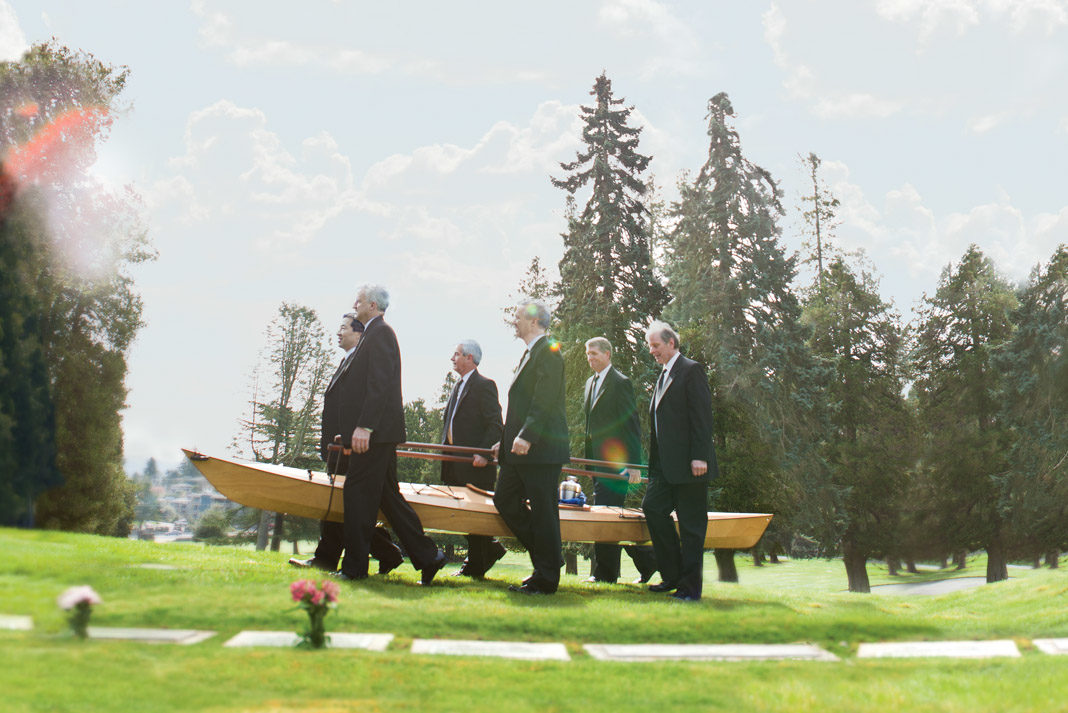 Lately, I’ve Been Thinking About My Own Death

Sorry, I know it’s weird. Maybe it’s a middle age thing. I feel superstitious writing this, lest I drop dead in the next instant and it becomes prophetic, but I’m going to go ahead and do it anyway.

This all started one day last September when I was out paddling on my home waters. Here there’s a spit of land entirely human-made from construction and demolition waste. A vast peninsula created over decades by a daily procession of dump trucks moving like leafcutter ants between the city and the lake.

The Spit, as we call it, is literally a massive urban graveyard, built out of what’s destroyed and long past. Amidst the timeless lap of waves on the bleached out bones of old buildings and twisted rebar I can feel the complementary forces of urban decay and natural reclamation at work to erase the human signature on this landscape.

I Was Paddling Out On The Open Lake Near The End Of The Spit. The night was breezy, but oddly quiet. Waves were rolling in but there seemed to be no sound. The far off motorboats and Jet Skis were muffled like the ocean noises in the foam pile outside a line of pounding surf.

All I could hear were the nearby, focused sounds of my bow cutting through the water, the splashes of my paddle. Everything washed in the hazy yellow glow of the setting sun. There was a feeling of desolation, privacy and comfort.

For a moment time stopped. The waves in front of me absorbed all thought. I felt utterly at peace.

Like being on the lake at sunset when everything’s quiet and you forget the separation between yourself, the water and everything else.

I was struck suddenly by the vision of being buried somewhere quiet, in a pine or cedar box, with my paddle at my side. Like the Egyptian mummy I’d just visited the week before at the museum, wrapped up and buried with the provisions required for the afterlife journey. Oddly, this was not a disturbing vision, but rather comforting. I made a mental note to tell someone I’d like to be buried with my paddle, as a symbol of something I love and a preferred way to get around in the afterlife, if there happens to be one.

This is not an entirely unusual train of thought. Many wilderness travelers have written about similar feelings. I recently listened to an interview on the Dirtbag Diaries podcast with Karl Kruger about his incredible 750-mile journey in the Race to Alaska on a paddleboard last summer. Although he didn’t explicitly mention thought of death, he did fall into a similar kind of meditative state during his grueling two weeks of all-day paddling. Instead of lasting for a few minutes, he was in this altered mental state for days on end.

It starts sounding a little trite to say connectivity to the universe, but it’s precisely what it is,” Kruger described. “I’d so perfectly let go of the self, I was able to exist in a state of pure connectivity to everything around me…. I would go to sleep in that space and I would wake up in that space. It was absolute comfort. It’s the only way I can think of to describe it…. I was so thoroughly in a meditative space and so in the flow.

If Being On The Water Can Make A Person Feel So Connected To The Universe, It’s A Short Leap To Relate It To The Subject Of Death

Perhaps this is why water is woven into the beliefs about immortality and burial in so many cultures.

I recently saw an ad in my local newspaper for a funeral home depicting six pallbearers carrying a stitch-and-glue kayak with an urn in the cockpit. It was a tongue-in-cheek way to hawk ultra-personalized funeral services, but harkens to many ancient burial traditions, making using kayaks to sell funerals not so far-fetched.

The Vikings are famous for their death ships. The resting places for their most honored nobles and heroes are carefully provisioned watercraft. And there is the well-known sacredness of the Ganges River to the Hindu religion, which flows from heaven to earth and is thus seen as a purifying force and the connection point between the living and the dead.

Wild Waters Provide An Immediate Connection To Worlds Beyond Our Own

I was starkly reminded of this when it came time to write this death-themed essay I’d hastily pitched to my editor. I was starting to feel kind of sheepish and stupid. It was the deep freeze of early winter and I’d been on a one-month hiatus from the ice-locked lake which inspired me in September. It suddenly seemed like a dumb, irrelevant and depressing subject for a magazine column.

Then, in January, I took advantage of a break in the cold to head back out on the lake.

As Soon As I Was Sealed Up In My Drysuit And Paddling Away From Shore The Idea Came Right Back Into Focus. Leaving the harbor was like crossing over into another universe. What had appeared like a calm windless day was actually in the middle of a wind shift. There was a stiff breeze coming at me off the Spit and a big rolling swell pitching from the opposite direction, plus some smaller chop added to the general confusion.

Staying calm and balanced required such an immediate shift in focus, and was such a definitive upset in the power balance. From me at the center of everything to being slapped in the face by some higher power with a belly laugh like the sound of rolling water. To paraphrase the book title by Galen Rowell, I felt like I’d crossed over from the human realm into the throne room of the water gods.

Water Has Its Own Completely Unfathomable And Untameable Agenda

We interact with it on its terms, not our own. It made sense in an instant. The big lake I paddle on is so otherworldly, of course it would remind me of the flip-side of life. The death vision came rushing back in an instant.

The change in perspective, from when I set out on the water full of my own agenda, to returning completely turned inside out, was both comforting and productive. It cleaned my slate of worries and distractions and gave me a renewed focus on what I value. Like the kayaker in this oft-cited anonymous Inuit poem, who faces fear and danger and comes back with the realization:

There is only
One great thing,
The only thing:
To live and see in huts and on journeys
The great day that dawns,
And the light that fills the world.

Tim Shuff is a writer and firefighter in Toronto. He made a New Year resolution to stop daydreaming, and write his next column about something more practical than dying. 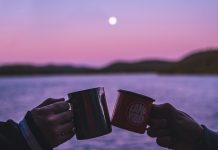