The Hobie Cat Company, a pioneer and market-leader in pedal-drive kayaks, was sold in January to an investment group led by Taso Sofikitis with other senior officials of Detroit-based Maynards Industries. Terms of the sale were not disclosed.

Sofikitis now serves as Hobie Chairman, and the investors have brought on a new CFO and COO to complement Hobie’s core leadership team, which otherwise remains intact. “The existing management team has over 150 years of experience with the Hobie brand and the surrounding paddling and watersports industries,” according to a company statement released exclusively to Paddling Business.

The new owners’ immediate priority will be to fill a backlog of orders built up during the Coronavirus pandemic. Hobie has announced 65 new open factory positions at its headquarters in Oceanside, California, with the goal of ramping up production to fulfill inventory needs as quickly as possible.

“Our initial focuses are to efficiently increase production while maintaining employee safety,” Sofikitis said. He pledged to continue Hobie’s rich history of innovation.

“The Hobie story is unique and we feel a deep sense of responsibility to build and grow this legacy,” Sofikitis said. “In addition, the company’s growth is rooted in innovation and by extension the future is limitless.”

Sofikitis made his fortune in the industrial auction business, but says he and his partners view Hobie as a long-term investment. “We believe the outdoor recreational consumer products industry represents an opportunity that not only excites us as active individuals, but also promises near- and long-term growth in the booming kayak fishing market, improvement in product distribution processes, and expansion of the brand’s global reach,” he said in the statement, provided in response to written questions from Paddling Business.

The company says specialty retailers can expect the same quality of product and commitment to research, development and innovation that has always been prioritized at Hobie. “Primary enhancements will include a larger investment in production efficiencies, product development, and the overall business, focusing on continuing to deliver product to our dealers,” according to the statement.

Reaction from retailers who spoke to Paddling Business ranged from skeptical to guardedly optimistic. Oklahoma City Kayak owner Dave Lindo said that from his perspective, the true test of the new leadership will be how Hobie partners with specialty stores like his in an era of industry consolidation and competition from big box and direct sales. That’s on top of the immediate question of how soon Hobie can fill orders.

In a January 19 bulletin to dealers announcing the sale, the company’s new leadership acknowledged delivery delays caused by production shutdowns and other pandemic-related challenges at the Oceanside facility.

“First, we are dedicated to delivering your orders, as quickly as we possibly can. We know we are behind, and we are exploring all options to get this done without compromising quality,” Sofikitis and fellow investors Mike Suzuki and Aaron Stewardson wrote in the January 19 letter. The acquisition was finalized on January 25.

The three describe themselves in the dealer bulletin as a small private team of entrepreneurs who have known each other since high school. All hold leadership roles in the Maynards group of companies, an international enterprise whose core businesses include industrial liquidation auctions and financial services. Sofikitis, based in Michigan, is the Maynard group’s chairman, CEO and majority shareholder. Suzuki is president of Maynards Industries USA, based in Phoenix, Arizona. Stewardson is Chief Operating Officer at Maynards Industries, based in Vancouver.

According to Maynards’ websites and his LinkedIn profile, Sofikitis has managed more than $1 billion in sales projects worldwide, including auctioning the industrial equipment from 24 shuttered GM and Chrysler plants.

While the new ownership team has yet to work in the paddlesports market specifically, their expertise spans equipment, machinery, automotive, education and high-performance sport (Sofikitis played on the University of Alabama at Huntsville’s NCAA Div II championship hockey team). Their stated game plan is to stick with the formula underpinning Hobie’s success in the surf, sail and paddlesports industries. “Hobie is committed to leading the team with the same principles that led Hobie Alter over 70 years ago: quality, innovation, values-driven business, and fun,” according to the company statement.

Founder Hobart “Hobie” Alter was an iconic figure in surfing and sailing who died in 2014. Alter started the company out of his father’s California garage, where he began shaping balsa surfboards as a teenager in 1950. In his mid-twenties, he revolutionized the surf industry with new fiberglass and foam core boards. In his thirties, he upended the sailing industry with his iconic Hobie Cat, which quickly became the world’s most popular sailing catamaran. Private investors have owned Hobie Cat Company for the past 25 years.

The company’s tradition of innovation carried into the kayak business with the 1997 introduction of the Hobie Mirage Drive. The patented pedal-drive system made Hobie the undisputed leader in high-end pedal kayaks for a generation, with iconic models such as the Mirage Outback, introduced in 2001, and the Pro Angler in 2009. The Mirage Drive patent expired in 2017, leading to new competition from lower-priced overseas brands.

“Once you lose your patent and people can copy you, you need to innovate,” said the longtime Hobie dealer who transitioned from retail to rentals last year.

Sofikitis signaled Hobie will do just that under his ownership.

“Our engineering and design teams are fired up and already working to develop new Hobie experiences for 2022, 2023, and beyond,” he said. “We’re inspired by and committed to carrying on our founder Hobie Alter’s example as a legendary innovator who made watersports accessible to the masses while keeping fun his guiding principle.” 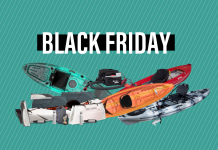 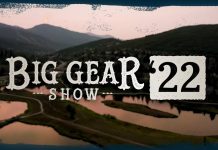