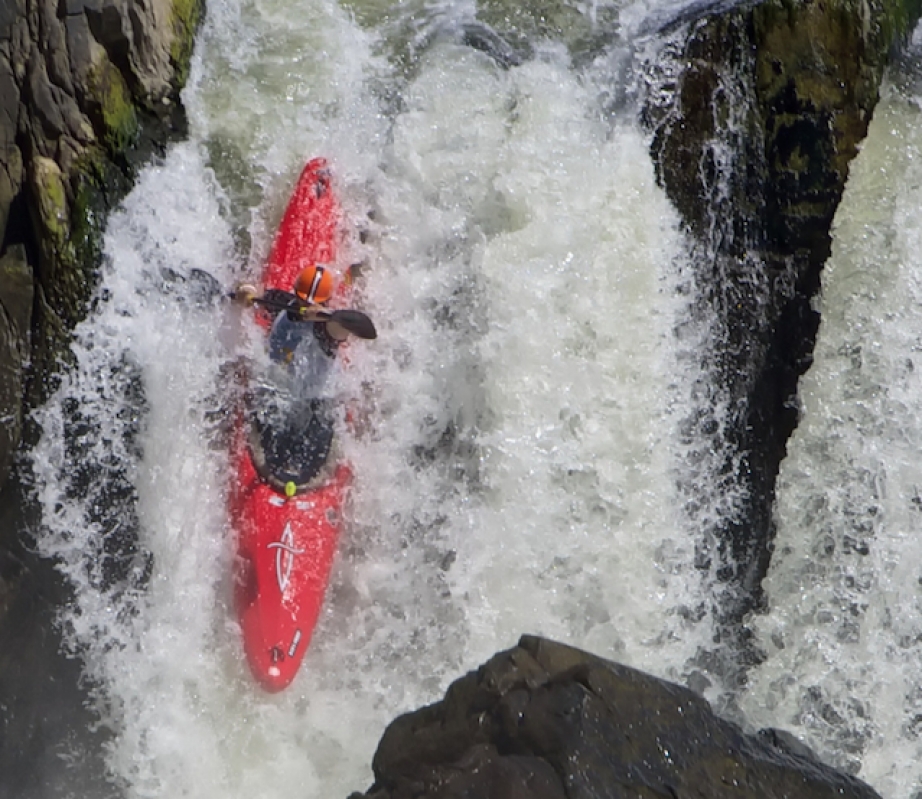 Fear. Whitewater paddling is full of it and we all feel it sooner or later. You can die paddling, people do. But there is fear you should have and fear you can live without. Fear you should feel is along the lines of; oh my god this is class V and I can’t roll, or this large sieve seems to be sucking me under. In cases like this you should actually feel; CLASS V, CAN’T ROLL, ROPE, ROPE FEAR or LARGE SIEVE, BACK PADDLE, BACK PADDLE FEAR!

However, it has been my experience that many paddlers psych themselves out before they even hit the river. Some factors influencing how one feels before putting on are: insecurity; lack of skill or experience; and trash-talking boaters.

Insecurity is something perhaps you should see a shrink about.

Lack of skill and experience requires instruction, practice and time on the river.

Trash-talking boaters like to sit around and talk about this run and that. Stories of so-n-so getting trashed so badly or how this run is so steep are quickly exaggerated. There is enough natural fear without certain loud mouths amplifying it unnecessarily. You’re picturing things like holes the size of Texas. You don’t want to paddle into a Texan hole. Hell no! After a sweaty night of dreaming about a Jalapeno hell you wake up to your buddies offering you a breakfast burrito. “No way man, this ain’t Texas!” you scream. “I’m not going to die!”

Then you’re putting on the river, the river of salsa. Your hands are shaking, your bloodless fingers are cold and stiff. The rand on your skirt seems tighter and for the first time since that glorious day you learned to roll you wonder if you can get out of your boat. Funny, you think, you are both scared and wearing a skirt.

WHAT YOU’RE AFRAID OF ISN’T PADDLING, IT’S FEAR ITSELF

Beware of the big fat liars. People who think that what they do isn’t for everyone; people who think that because they’ve run it you shouldn’t. You ask a local “So what’s this run like?” His reply “Oh my god, it’s this full-on colon purging run that never ends. What boat are you paddling?… Oh that’s no good….”

You have to ask yourself can this jackass even paddle? I mean look at him in his cover-alls playing his banjo. Locals tell you tall tales because they want to believe they are special. Their rivers are tougher than yours. But hey Billy Bob, things are tough all over.

Fear is a great motivator but it is a slippery slope. Many a river isn’t paddled due to pre-river anxiety and that’s a shame. I am not saying don’t be afraid, I’m saying don’t listen to terrifying tall tales, trash-talking fools and lying locals. Save your energy for the actual run. Play safe. If you get scared, you can almost always walk. If you still manage to get trashed, who hasn’t been trashed? So you get worked, so you swim, so you smash your face. Is that what you’re really worried about? Some stitches?

No, what you’re really afraid of isn’t paddling, its fear itself. Like when I paddled into Iron Ring at 14… 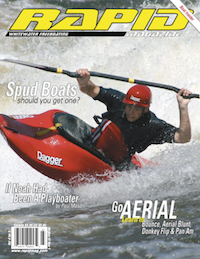 This article first appeared in the Fall 2002 issue of Rapid Magazine.