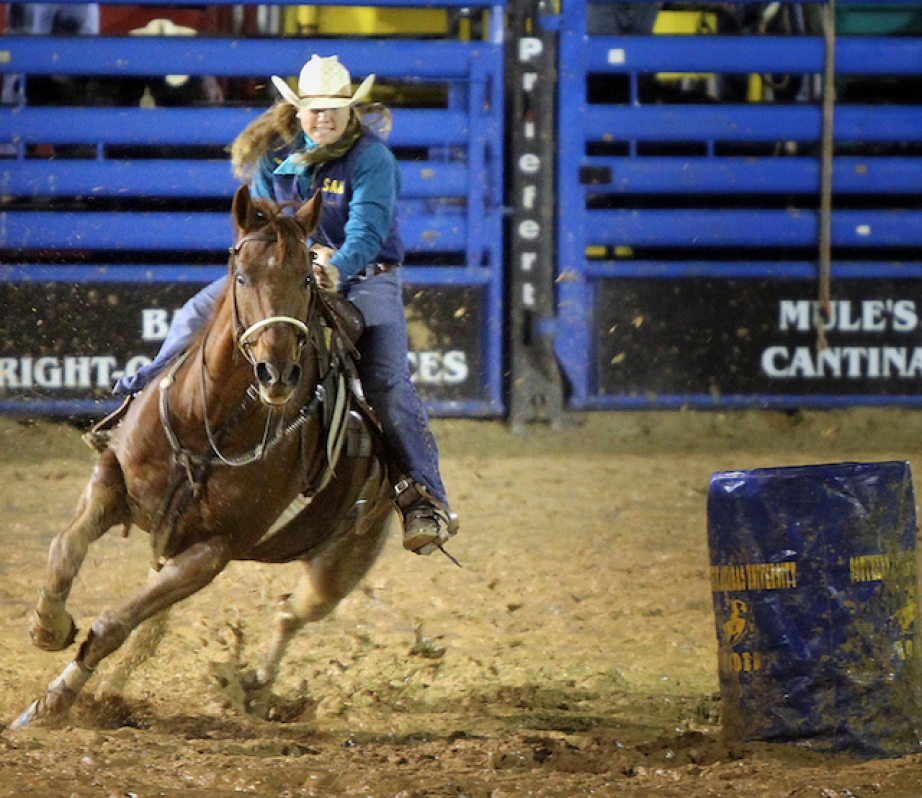 At a real rodeo, if you can ragdoll on a bull longer than seven seconds before it kicks your head in, you’re a star. That’s pretty sad. Also sad (for the bull mostly) is the fact that they tie a rope around his “prairie oysters,” as they like to say, to make him more angry than he’d otherwise be with some Stetson-wearing jackass cowboy strapped to his back. But the saddest fact of all is that cowboy rodeo has something that “kayak rodeo” will never have…

It was close. There were moments in the late ‘90s when I thought maybe, just maybe, freestyle kayaking would catch on. As boats got easier to throw down, the sport became more dynamic. Tricks like blunts, splitwheels and loops evolved. It seemed possible that freestyle might make it to Saturday ABC Sports. There were even some pot-induced illusions of rodeo kayaking being introduced at the Olympics. But it wasn’t. Wanna know why?

Watching a guy getting stomped on by a bull is the ultimate payoff for viewers of cowboy rodeo. Sure, a lot of people got trashed at the recent rodeo Worlds in Austria, but it was just a sticky hole—they were never
in any real danger. Look at any other sport in the “extreme” domain. Big wave surfing—20-foot waves minimum. Motocross—50-foot airs. Snowboarding—15- foot walls and 10 feet of air. What does kayak rodeo have on these extreme sports? Spinning, twirling, looping like a gaylord in stretchy outfits on some white water for a panel of biased, has-been judges. What other sport does that? Oh right…figure skating.

I’ve had more than one sponsored freestyle paddler tell me that rodeo is like masturbation—fun to do, but no fun to watch. And I guess they’d know; they’re the pros.

Cowboy rodeo brings the animal abuse to your local fairgrounds. They set up a coral and fill grandstands. Nobody watches kayak rodeo because to get to the event site you’ve got to have a master’s degree in orienteering and be sleeping with one of the organizers (I use the term “organizer” loosely). Take the Canadian team trials, the biggest event in the country. They’re usually held on the Ottawa River, an hour-and-a-half drive from anyone with teeth. You have to know the river, paddle to the site, and then hope the judges show up.

Did you know the Houston Livestock Show and Rodeo has about 31,000 members, who pay a $50 annual membership fee? That’s just Houston. One city, man. That adds up to over 1.5 million bucks a year.

What’s my point? You should be the responsible parent and get your kids into bull riding. But also, kayaking rodeo organizations suck. Imagine what would happen if at the next Houston show the cow- boys rode ponies? Wrassled goats? Or had to walk seven miles through the mud to get to the stadium? I tell ya what would happen, Billy Bob, it would be boring and no one would come to watch.

It would be just like…a kayak rodeo.

Ben Aylsworth has been paddling for a long time and still doesn’t know the difference between an orbit and a space Godzilla, nor does he care. 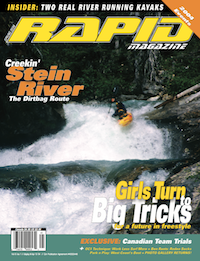 This article first appeared in the Spring 2004 issue of Rapid Magazine.