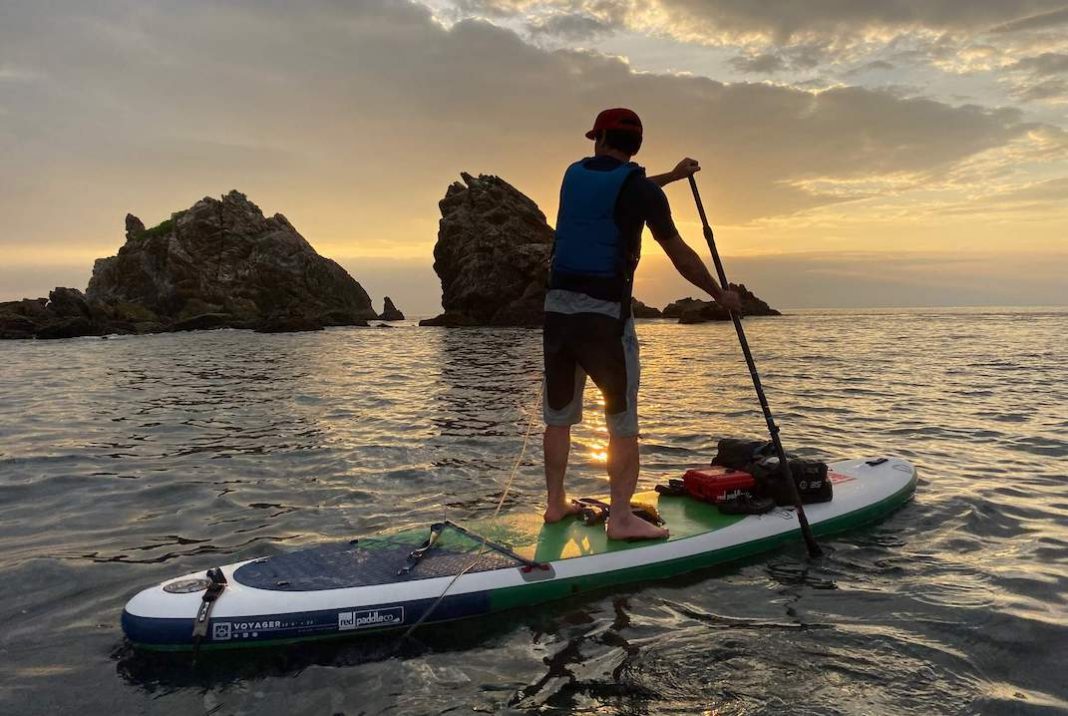 Last month, Mustang Survival announced MTI Adventurewear had been acquired by its California-based parent company, the Wing Group, and the two brands would merge to be a force in the paddlesports market.

After being a trusted leader in marine recreation for more than 50 years, the amalgamation is aimed at enhancing Mustang Survival’s PFD offerings to expand further in the recreational market. Combining Mustang’s technical engineering with the design and development of MTI will provide world-class products, according to Josh Horoshok, VP of Mustang’s recreational category.

“From the Mustang Survival side, we wanted to expand in the recreational paddling space,” he says. To do this, Mustang wants to expand its foam PFD assortment. “PFDs are complex because the approvals needed from the coast guards and Transport Canada take a long time. It’s a long to-market process to design and develop your own foam PFD line. Internally, we had many discussions about purchasing a company with this expertise,” says Horoshok.

Based in Burnaby, British Columbia, Mustang got a contract with the Canadian government to make PPE hospital gowns during COVID-19, which allowed them to weather the pandemic better than many other companies. “We’d had high-level conversations for the past year, but got down to the brass tracks of looking for a PFD manufacturer to acquire in spring, a couple of months after COVID-19 hit. Once we started discussing with MTI, it was just weeks. It moved fast,” Horoshok adds.

MTI Adventurewear was founded in 1991 and has been owned by Gordon and Lili Colby since 2011. Both will stay on with Mustang Survival.

“Gordon will be doing product design for Mustang from now on,” says MTI’s Lili Colby. “He was running MTI and doing product design, but it was a big task to do both jobs. He had a lot of stuff on the design table he didn’t have enough time for, and now can dedicate himself to designs he’s been working on for years.”

Once travel restrictions lift, Gordon and Lili, based in Massachusetts, will have access to Mustang’s testing labs and CAD machines to create prototypes in British Columbia.

“We’re able to support their dreams and vision, and merge resources,” adds Horoshok. “Mustang has wanted to do some high-end guide vests and rescues vests and move into the kayak space, and we haven’t had the expertise. Now with Gordon and Lili, we’re able to accelerate and expand.”

MTI is not distributed in Canada. Work will first begin on harmonizing MTI’s models to be sold north of the border. Those MTI models will sell under the Mustang name. “We’ll continue to sell the MTI brand through to the end of 2021, and there will be no change to their assortment in the U.S. Then we’ll re-evaluate branding and what that means for the future of MTI under Mustang,” says Horoshok.

Details Behind The Purchase of MTI

“Every business owner has an idea of what would be the perfect sell scenario,” says Colby.

The deal started in June with a phone call. “Things were starting to get better after the COVID shutdown. We had figured out how to stage employees in the factory and mask-wearing. Things were starting to open up and we got a call from Jason, the president of Mustang Survival, who is a good friend of Gordon’s.” Gordon and Jason Leggitt are also on the board of directors at the Life Jacket Association.

“On the call, Jason said, ‘I’m calling to see if MTI might be interested in selling.’ Gordon was upstairs in his office, and he called down to me, saying, ‘Honey, you might want to come up here,” says Colby.

“The way Jason laid it out to us made sense from the get-go. Mustang has some amazing premiere products, but they don’t have a lot of foam jackets. That’s the space where MTI is so good. MTI’s designs complete Mustang,” says Colby.

The first conversation took place at the beginning of June, and by July 31, the company was sold.

“Buying MTI in 2011 was one of my most joyful moments as a business person. Seeing it transition in Mustang Survival is another high for me,” says Colby.

What MTI Dealers and Customers Need To Know

The industry heard about the merger via press release in early August. Since then, Mustang Survival has worked with MTI’s customers and suppliers to develop a smooth transition.

“The big shift for dealers is they’re no longer buying from MTI, they’re now buying from Mustang,” confirms Horoshok. “If you were a dealer, we’ve welcomed you into the Mustang family, no paperwork. It’s been very seamless. We’ve accepted all of MTI’s dealers and all will have access to the Mustang Survival brand. It also opened Mustang up to an entirely new segment almost overnight.”

Mustang Survival will handle all customer service from now on, but otherwise, there’s no change in the customer experience, says Horoshok. “You’ll be able to get MTI in your favorite shop, and the MTI site will live on for now.”

According to Colby, most people don’t know what the M in MTI stands for. “When you open up the jacket, it says Marine Technologies International inside. The M in MTI now stands for Mustang. And Mustang is going to take MTI to its next chapter,” she says.