Remember those foggy college years when you passed the sleepy hours between paddling trips in stuffy lecture halls? One of those days, a professor strode to the blackboard and clacked out two words: “Supply” and “Demand,” then spun with a flourish and launched into an hour-long lecture. The details may be fuzzy after all these years, but that doesn’t matter. All you really need to know was right there on the board: When supply is limited and demand abundant, prices will rise.

All these years later we’re getting a real-life laboratory in supply and demand, courtesy of a global supply chain knocked on its keister by Covid-19. With demand for boats far outstripping production capacity—and with manufacturers themselves paying through the nose for materials, labor and shipping—what do you suppose happens next?

Earlier this year, Riot, Big Adventure and Soul Waterman announced mid-season increases. Hobie raised prices after an ownership change in January. Confluence Outdoor, which earlier in the year added a transportation surcharge, in May announced a price bump effective June 1. Other brands that have so far resisted mid-season increases have told retailers to expect higher prices in 2022.

In this wild pandemic year, price increases reverberate in different ways. With demand holding steady, consumers are willing to pay more for the boat they want—or in some cases, any boat at all. That’s made price increases a little easier to swallow as they make their way down the chain from manufacturers to dealers and finally consumers.

Demand is so high that many consumers have pre-ordered boats through specialty retailer. They’ve put down deposits to reserve a certain boat at a given price, or in some cases, they’ve paid in full months in advance. That leaves retailers in a quandary. They can either tell their pre-order customers that the price has gone up, or eat the difference. Most are eating.

“If I made a commitment to a customer to deliver the product at a price, and they paid me for it up front, I’m not going to go back to him and say you’ve got to pay me more,” says Todd Frank, Owner of The Trail Head and Trail Head River Sports in Missoula, Montana. The best he can do is gently let his customers know he’s absorbing the difference, and hope that translates into loyalty down the line.

[ Read more: Antoinette Lee Toscano on how to diversify whitewater and build a more inclusive river community and paddling industry ]

Brian DeFouw, head buyer at Confluence Kayak and Ski in Denver, says the generally modest increases from most brands are tolerable, even overdue. “Boats are really a low margin item and they should have been going up in price for the last 10 years and they really have stayed pretty stagnant,” he says. “The margins have decreased, but the retails have stayed pretty consistent.”

Now that the invisible hand of the market has its fat thumb on the demand side of the scale, there’s finally some room for prices to increase—as long as manufacturers can come through with the supply. Not all of them have.

The price hike is a nuisance, but in this season of rampant demand and scarce supply, the delivery delays rankle more. And if the big guy across town is taking deliveries before you’ve received an ETA on your own order? Let DeFouw tell you how that feels.

“I find out REI has got all the product that we’ve been waiting for, and I’ve got customers canceling,” he told Paddling Business on May 19. “If you compare our order next to what REI takes, how could you not fulfill the little baby specialty orders next to the massive numbers they’re sending to the box stores?”

Late deliveries can impact a retailer’s bottom line, especially in this year of pre-ordered—and pre-paid—boat sales. Frank says he took pre-orders on four boats from one company that didn’t deliver on schedule, and then raised prices. “One couple decided to leave the money with us and hold their place in line, so I won’t make any money on that because the price is going to go up. We refunded the other two, and paid the credit card fees on the front end to take the deposit and then again when we refunded their money,” he said. “So we lost about five percent on the transaction.”

[ Read more: Why The Pandemic Paddling Boom Might Be Here To Stay ]

Manufacturers are dealing with supply-related frustrations of their own, says Sea Kayaks USA owner Dale Williams. As a longtime importer of U.K.-made NDK sea kayaks, he gets it from both sides. He commiserates with NDK owner Nigel Dennis about skyrocketing materials costs—resin is up 60 percent this year—and a supply chain ravaged by both COVID-19 and Brexit. When NDK announced a modest mid-season increase to compensate, Williams decided not to pass it on.

“My customers are dealers, and I made a price commitment to them that I’m going to honor,” he says, adding that he’s used to fluctuations—sometimes for better, others for worse—because he buys in pounds and sells in dollars.

Williams has already warned retailers that prices will increase in August when the preseason begins. That’s just simple economics.

“I think the manufacturers are having the heyday of their lives,” he said. “They’re in this golden age for manufacturers where they have more demand than they have supply. If you’re at capacity, you have to choose who is going to get the product based on what they’re willing to pay. So the price is going to go up.” 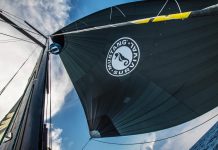 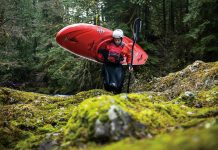 6 Paddlesports Innovations You May Have Missed 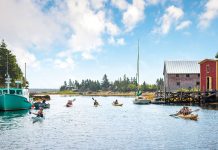 How COVID Killed the Big Box 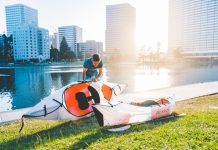 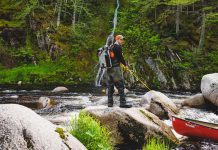