I like to keep a relaxed pace when I trip, but that afternoon we couldn’t get our dawdling daughter through the portage quickly enough. The curious black bear seemed as interested in us as I was in it, and to add to the anxiety a column of storm clouds was collecting upwind.

Our push-off from the portage was hasty. It wasn’t until we were halfway around the lake, losing ground to the storm, that I discovered our spare paddle was missing.

I knew exactly where I had left it—tucked into the marsh grass in the muck that sucked at our boots as we hurried into the canoe—but I wasn’t going back. Alana and I had our two-year-old daughter with us, and you have a maximum of an hour-and-a-half grace time while paddling with a two-year-old. We were already in too deep.

Besides, the storm would soon be on us, and the bear was probably licking his lips in a carefully selected ambush sport near the paddle…Click here to continue reading in the free desktop edition of Canoeroots, Spring 2008. 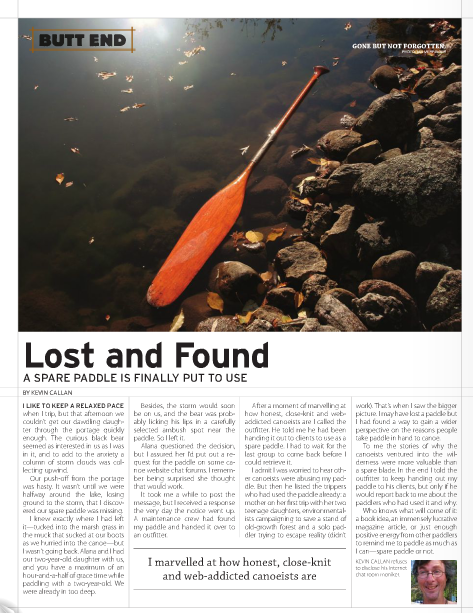 This article originally appeared in the Late Summer/Fall issue of Canoeroots and Family Camping. Read the entire issue on your desktop, Apple or Android device.