Canoe tripping skills aren’t learned quickly, but increasingly many paddlers I see don’t have the patience or even the desire to take the time to learn.

Just as watching YouTube videos on how to fix a toilet doesn’t make you a professional plumber, watching clips on how to light a fire, erect a tarp or perfect the J-stroke do not make you a master of the elements. Practice makes perfect.

Provincial and national parks do little to ensure campers are sufficiently skilled before they head into the interior, treating it as an issue of personal responsibility.

Usually, park employees just hand over a permit and wave the campers on their merry way.

This wasn’t always the case. I bet there are a few longtime Ontario Parks campers who will remember the classic Crickets Make Me Nervous. It was a canoe tripping safety film shown at park amphitheaters in the 1970s. I haven’t seen anything like it in years.

I like to think most paddlers take their safety seriously, but I know there are some who don’t because I’ve met them. People are setting out without life jackets, an inch of freeboard or a clue.

Governing bodies like Paddle Canada and the ACA do an excellent job of training people to go on canoe and kayak trips safely, however, training is geared towards those motivated to learn the skills and play safe.

I’ve heard the odd rumble about mandatory skills tests for backcountry paddlers, or at least optional educational programs for the inexperienced.

What are the unprepared paddlers statistics?

Canada has the BoatSmart program, which requires anyone who wants to operate a motorboat to take a course on skills and safety and pass a test—for $49.95. Passing gets you a boating license.

Some argue the license system is just another cash grab, but boating fatalities have fallen by 32 percent since the system was introduced. Coincidence?

According to the United States Coast Guard (USCG), in 2017 there were 138 deaths involving canoes and kayaks. Of those cases, 88 percent of victims drowned. Of those drowning victims, more than two-thirds were not wearing life jackets.

Looking at the USCG’s boating fatalities more generally, 81 percent of deaths occur on boats where the operator did not receive boating safety instruction.

Only 14 percent percent of deaths occurred on vessels where the operator had received a nationally-approved boating safety education certificate.

Alcohol was also listed as the leading factor in 19 percent of all boating deaths.

Don’t be a stupid paddler, stupid

Through my local news, I hear about a handful of paddling deaths each year, usually due to drowning or cold-water immersion. I’m sad and frustrated each time I hear about another outdoor mishap because if the stats are anything to go by, these tragedies are often avoidable.

And the more accidents, the more likely regulations will eventually be forced on all of us because of a few who do not play safely. How fair is that?

In my presentations and books, I stress the importance of life jackets and wilderness safety. Often, what I really want to say to people is what my mother, who has a strong Scottish disposition, always told me before heading out into the woods: “Dinnea be stupid!”

She’d blurt it out every time I headed out on a trip, and she still offers this sage advice.

Wear a life jacket, wait until the wind dies down on a lake before crossing, bring a first-aid kit and know how to use it. Just dinnea be stupid.

Columnist Kevin Callan recently celebrated the release of his 18th book, Once Around Algonquin: An Epic Canoe Journey, which spins tales from a lengthy trip where he witnessed a lot of questionable behavior.

We turned the photo Kevin submitted for this story into an illustration to protect the guilty. 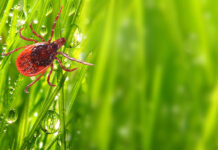 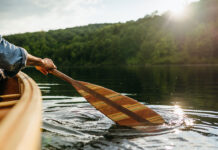