Over the course of five months, my seven-year-old daughter and nine-year-old son walked the entire length of the Appalachian Trail, from Georgia to Maine. For their short legs, those 2,185 miles measured somewhere around 10 million steps.

Of course, they didn’t walk all that way alone. My wife and I went with them—we even brought the family dog. When we started, the odds were we wouldn’t finish. In any given year, only one in four thru-hikers make it the whole way, and only 16 young families are known to have completed the entire hike in its 77-year history.

Five months of spending almost every minute of every day together is a whole lot of family together time. In the beginning, the kids were dependent on my wife, Emily, and I for everything. They needed us to cook and organize camp. When the climbs were too much, we’d take the kids’ packs, or let them use the dog’s leash as a towline off our backpacks. By the end of the trail though, they were carrying all their own gear, which included their clothes, their sleeping bags and even their shelter—about five to 10 pounds each.

Early on, we all struggled with the trail’s discomforts. The early spring and Georgia’s 5,000-foot peaks brought cold rain, turning to sleet, then hail, then snow all in a single day. Temperatures dipped into single digits, freezing solid wet socks and shoes. In the morning, it was the adults who thawed things out in our sleeping bags and got up early to build a fire to warm socks and shoes so we could get them back on our feet.

By the end of our hike, our daughter, Maddie, was wringing out her own wet socks the night before, and stuffing them into her own pockets so they’d be warm in the morning. By then, the kids were setting up their shelter in the evening and helping cook dinner. In the morning, they’d break camp and pack their own gear.

The kids were inspired to persevere by the people they met and befriended along the way. We watched our kids interact with adult hikers as peers, something that’s uncommon in our age-stratified society. They would walk up behind someone and set out to learn everything they could about the hiker in the uninhibited way only kids can, sharing their own life stories in the unfiltered way that kids do. What’s your name? Where are you from? Where did you start today? Do you like hiking? What do you do when you’re not hiking?

“My name is Nathan,” I once heard my son introduce himself. “The other day I caught a rainbow trout and we made fish tacos for dinner. I like hiking because it means I don’t have to shower. I wanted to go four states without showering but my parents wouldn’t let me.”

Unfortunately, our kids shared tidbits about us in the same unfiltered way. “The longest I went without showering wasn’t even on the trail, it was while my mom was away for work,” continued Nathan. “I went 17 days. My dad didn’t even notice!”

They received equal candidness in return. They earned the respect and friendship of the adults by hiking the same trail, doing the same miles and setting the same pace. Those hikers challenged their comfort zones in a way that we as parents never could. 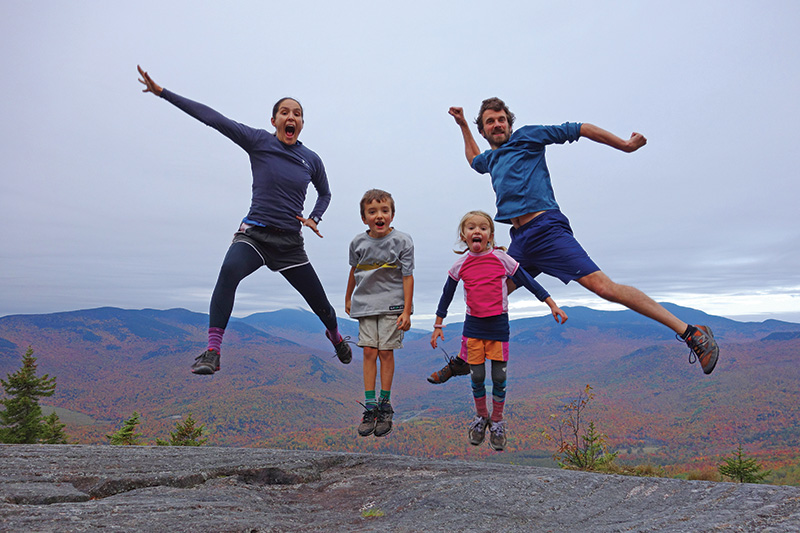 Our first 20-mile day wasn’t my idea. It was inspired an the investment banker turned-long-haul truck driver on a downhill out of the 6,500-foot-high Smokey Mountains. He didn’t coddle our kids the next morning when they excitedly shared their accomplishment with him. Instead, he grinned and ribbed them: “That’s great! And no one will ever mention that it was all downhill!” The next night he taught them to play Texas Hold’em using Skittles—they cleaned him out.

Our first 27-mile day wasn’t my wife’s idea either. It was inspired by a substitute teacher-turned-long-distance hiker we met along the way. Wired was a star on the trail, having already hiked the Pacific Crest and Continental Divide trails. The kids wouldn’t accept her assertion that she wouldn’t see them again because she was going to get up early and hike a long day. Instead, they woke up throughout the night to keep watch. When one of them noticed that she was stirring, they sounded the alarm and sprang into action. When Wired was ready to go early that morning, there they were, their bags packed and breakfasts in hands. They stayed at her heels for all 27 miles, happily chattering away the whole time.

Our first—and only—30-mile day certainly wasn’t my idea. It was a goal the kids set for themselves, one they had heard other hikers aspire to, but which few actually accomplish. They didn’t give up, even when their friends hiked a shorter day to spend time swimming at a waterfall. They were deservedly proud at the end of that 30-mile day. Maddie was glowing as she rolled into camp and announced that until the last half hour, she didn’t think she would make it—but once she realized she could, those minutes were the best of the entire hike.

Though we were constantly impressed by their resiliency and enthusiasm, the trail wasn’t about how many miles the kids could hike. Nor was it about watching our children grow to be self-sufficient and confident little people. Instead, it was a rare chance to enter a place where all distractions fell away. We could focus on where we were and who we were with; celebrate our connection with one another and the beauty of the world that surrounds us. As the miles of the trail transformed us, our family was brought closer together.

Early in the 20th century, conservationists Benton MacKaye and William Welch fought to create the Appalachian Trail and protect the wilderness surrounding it. Now, in the early 21st century, there are many similar fights to protect wild spaces raging across the continent. From my family to yours: Go find your wild places, protect them and embrace them together. And if it takes five months and 10 million steps to do so, all the better.

David Kallin is a Maine lawyer by day, who focuses his practice on land use and conservation.

This article was originally published in Canoeroots, Volume 15 • Issue 2. 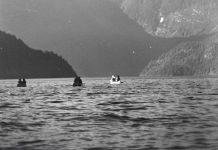 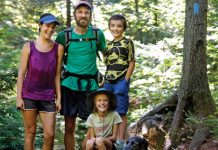 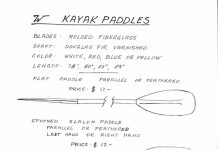 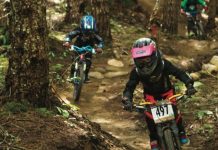 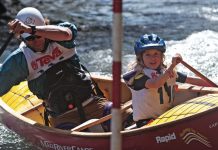