For Toronto-based professional photographer Henry Liu, kayaking Georgian Bay offers a refreshing escape from his hectic schedule of teaching landscape photography workshops in the city. The sculpted islands and quiet passages of the North Channel offer a diversity that few stretches of water can rival.

The North Channel is a geological marvel

At the top of Lake Huron, nestled behind Manitoulin Island, the 150-kilometer-long Channel showcases geology from three distinct landforms: the glacier-smoothed whalesback of the Canadian Shield, the startling white quartzite of the La Cloche Mountains, and the fossil-filled terraces of an ancient limestone seabed.

Combined with the northern edge of Georgian Bay, this is some of the best kayak touring the Great Lakes has to offer. “The coastal area from Killarney to French River, with its thousands of small islands, is like a playground for me as a photographer and paddler,” says Liu.

[ Plan your next Georgian Bay adventure with the Paddling Trip Guide ]

Hike up The Crack in Killarney Provincial Park; learn voyageur history at the French River Visitor Centre; or experience the Sagamok Traditional Pow Wow, held every July near Massey.

Take a trip back through time

Just before Huron’s shoreline turns abruptly south, the braided passages at the mouth of the French River mark the historic highways of the intrepid voyageurs. More recently, the polished pink granite campsites and windswept pine points of Killarney Provincial Park welcome kayakers in greater numbers every year. Still, many coves and islands remain unfrequented, their quiet shores offering adventurous paddlers the chance to savor a sublime sunset or discover a 445-million-year-old cephalopod fossil just above the waves.

“My most memorable nights kayaking Georgian Bay have been spent on the tiny islets near West Fox Island,” says Liu, “where I could stargaze the Milky Way hanging over my head without worrying about light pollution. The midnight aurora shows were a totally unexpected bonus.”

Launch from the end of Weegwas Road near the community of Cutler and explore the pretty islands of Whalesback Channel.

Paddle out Killarney’s Chikanishing Creek and aim for lunch on West Fox Island, where the lofty views south over the bay and north to the La Cloche will take your breath away.

Put-in at McBean Harbour near Massey and tour out to the popular Fox and Benjamin islands. Head east to Matheson Island to score solitude and spectacular stargazing.

Tour east from Chikanishing along the south shore of Philip Edward Island and onwards to the mouth of the French. Take time to explore the lonely range lights and sheltered channels of the Bustard Islands, and the tigertail rocks of the Outer Fox Islands. Paddle up the Key River to take out.

Watch The Canoe, an award-winning film from Canadian Canoe Culture that tells the story of Canada’s connection to water and how paddling in Ontario is enriching the lives of those who paddle there. #PaddleON. 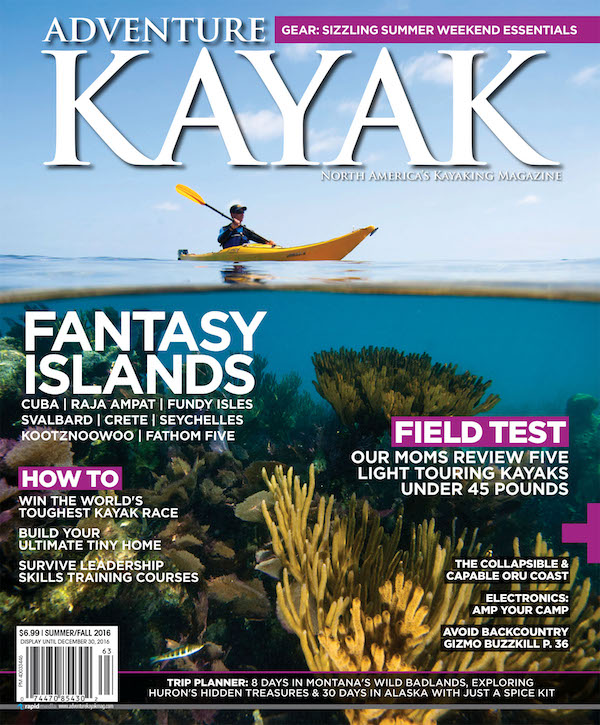 This article originally appeared in the Adventure Kayak Summer/Fall 2016 issue.