Two tandem ocean kayakers are lucky to be alive after a huge humpback whale breached in front of them and appears to come crashing down right beside their kayak.

The pair had little time to react when a whale unexpectedly surfaced from under the water with such force that it capsized their kayak and launched them into the water.

The incident took place while the kayakers were on a whale tour just outside the harbor in Moss Landing, California.

“We stopped to see a large aggregation of humpbacks feeding and carrying on with random acts of hijinks. There were also a lot of kayakers right in the middle of it all,” said a Sanctuary Cruises spokesperson.

“Humpbacks were coming up next to and in the middle of many kayakers. It was amusing. It’s all fun and games until someone gets jumped on.”

Luckily, the kayakers came away from the incident unharmed. Whale watching regulations require boaters/kayakers to keep minimum 200 meters away from killer whales and 100 meters away from all other whales at all times. Responsible paddlers endeavor to follow these rules, and rare exceptional encounters do not represent a typical paddling experience. 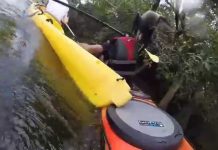 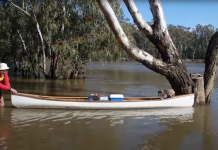 Mission: Coax A Koala Into A Canoe (Video) 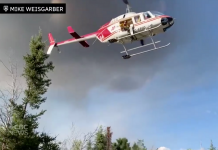 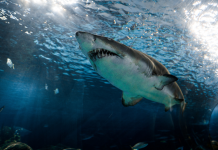