Steve Fisher found himself in new territory as a filmmaker as he stood in the middle of the forest with spray skirt and helmet-clad Pat Keller and directed the kayaker to close his eyes and imagine he was there with a fairy.

The scene is part of With You, Fisher’s entry and one of eight films in the REDirect Explore 2016 contest that features captivating outdoor lifestyle stories.

Fisher, an accomplished expedition kayaker and filmmaker, was paddling North Carolina’s Green River several years ago with Keller when someone said, “Pat Keller knows this river so well he could run it blindfolded.” He asked Keller if that was true, and when he said yes, Fisher told him if he ever did he wanted to be the one to film it.

Over a three-year period Fisher and Keller shot some scenes together that centered around the idea of Keller—then working full-time in finance—bringing some of his work and experiences on the river with him. By the time Fisher was asked to enter the REDirect Explore contest, the idea for the eventual film had been evolving for three years.

The deep storytelling of the film is centered around the idea of Keller entering an enchanted wonderland and facing his worst fears while kayaking a set of Class V rapids blindfolded. As he confronts his demons, the narrative flows with poet Holly Coddington’s beautiful words read aloud by Sara Alford. 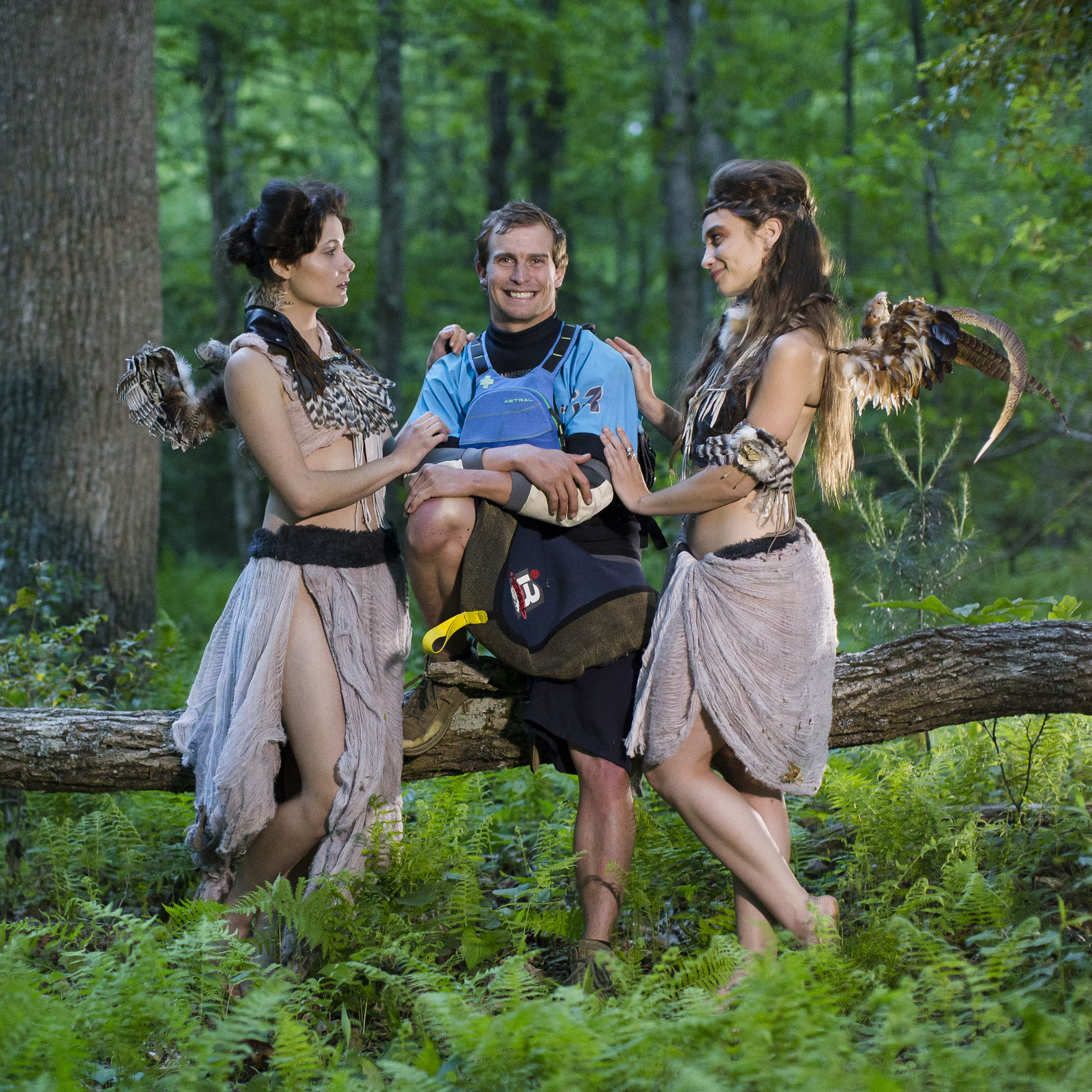 Pat Keller with cast on the set of With You. Photo: Steve Fisher/With You

Fisher struggled to find the right person to read the poem, and despite having multiple people do the voice over, it just didn’t sound right. The day before the clip was to be postmarked, his dissatisfaction led him to commit to not to submitting the film to the contest at all. “You wouldn’t believe the level of stress that built up,” he says. Right before the deadline, Fisher’s wife suggested he contact Alford, a musician they knew. They managed to find a narrow slot of time at an in-house studio, and a half hour and two takes later, the voice over was completed just in time.

Fisher was enthusiastic about Keller’s involvement in the project because of their history working together and Keller’s open-mindedness. He says Keller is incredibly in-tune with what he wants as a filmmaker, to the point that while hiking with his kayak he knows precisely where his foot should land in the shot. Directing eleven people he hadn’t worked with before, including the fairies and fire breathers, was a learning experience, especially explaining to them their emotional motivations in each shot.

The many different elements involved in the production led Fisher to work with a lot of efficiency, including laying the film’s seven tracks before a single scene was shot. An immense amount of thought went into each element of the film, including the beginning being composed in an aesthetically simple way, shot all mid-focal length, in real-time with the footage becoming increasingly more varied and complex as the four-and-a-half minute clip progresses. Combined with color grading changes and plot twists, this is a serious departure from your standard kayaking film. And for Fisher, that’s his style. “I’m willing and keen to be a little more out there with all the filming I do.”

Voting for the REDirect Explore 2016 contest closes August 8 and you can view all videos here.

Stoked to go on your own whitewater adventures? Explore our Paddling Trip Guide.