An adventurous life doesn’t have to be the domain of eccentric millionaires and dirtbag vagabonds. Even with a 9-to-5 job, you too could be setting off on a new adventure every week—the trick is to think smaller, shorter and closer to home. Think microadventure.

[ See also: The Intangible Truth About The Meaning Of Real Adventure ]

How to Find More Adventure at Home

Microadventures fit into the oft-neglected 5 to 9, according to British explorer, Alastair Humphreys, who coined the term. A spontaneous weeknight paddle with friends. A moonlight hike along a favorite trail. Cycling your 10-mile commute instead of driving. Heading downriver for one night with the smallest pack you can manage.

“Microadventures are a way to refresh the soul from the routine of the real world,” says Humphreys. Known for his larger-than-life exploits—cycling 40,000 miles around the world, rowing across the Atlantic and paddling remote rivers, just to name a few—Humphreys has championed sticking closer to home over the last five years. “Adventure is a state of mind—you don’t need to go far to find it,” he says.

While mortgages, car payments, kids, pets and a multitude of other responsibilities can make it hard to commit to a multi-week journey-of-a-lifetime each summer, almost anyone can fit in a microadventure. Why? Because they’re cheap, simple, short and on your doorstep. Don’t relegate outdoor adventure to a handful of three-day weekends a year—go micro, go more often and be happier for it.

[ Looking for some trip suggestions? Find more adventures in the Paddling Trip Guide ]

Adopt this mantra: Any adventure is better than no adventure. If, like many North Americans, you receive just two precious weeks of vacation, plus nine stat holidays a year, that still leaves you with 123 unscheduled days. Obligations will quickly eat into that time, but the key is to, “Work around the things that are non-negotiable,” advises Humphreys. “Lack of time, or money or equipment or specialty skills are all things you can either bemoan or make the best of.”

Once you’ve kicked your excuses to the curb, “Make a cup of tea, open a map, and find green space near you,” advises Humphreys. Start small and achievable. Commit to paddling the nearest bit of water you can find after work, or climb a hilltop with a view of the sunset and sleep under the stars.

Recruit a friend if you’re likely to procrastinate or waffle at the last moment. “First overcome the inertia of routine,” says Humphreys, then get more ambitious.

Less gear equals less prep and cleanup, making it easier to get up and go. A sleeping bag, tarp, water bottle and snacks may be all you need for a single night out. A night of minimalism can be a way to experiment with creating a cozy ultralight kit, or learn an entirely new skill, like MacGyvering a cook stove from a beer can.

[ Watch: Hot Brew—How To Make A Beer Can Stove ]

Being a parent isn’t an excuse. “The problem is not kids, it’s adults,” says Humphreys. “Kids love adventure, like nights out and sleeping wild.” Children often surprise adults with their resiliency, and their enthusiasm, spontaneity and curiosity make them perfect explorers. It’s adults that often need to relearn these qualities.

5 Write it all down

If you’re bored at home, make a plan for your summer adventures today. Pencil in proposed dates of weekend getaways, overnights and evening paddles. “Real life often gets in the way and good intentions fade—writing down your plan and committing to it makes it more likely to happen, even if you have to reschedule,” says Humphreys.

When the University of Illinois discovered last year that spending time in nature boosts the human immune system, it became only the most recent institute among dozens to prove that time outside really does make people happier and healthier. Humphreys challenges his readers to get out on 12 microadventures a year at minimum—one a month.

[ Read more: How To Find The Best Places To Kayak And Canoe Near You ]

Still need a shove out the door? Find more ideas and tips at alastairhumphreys.com. Discover what others are doing and where they’re going by searching #microadventure on social media.

“What do you want to do next Wednesday?” | Feature photo: Thomas Heaton 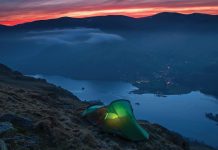 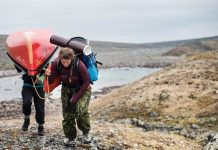 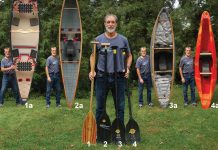 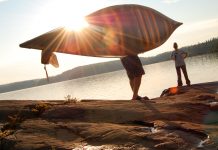