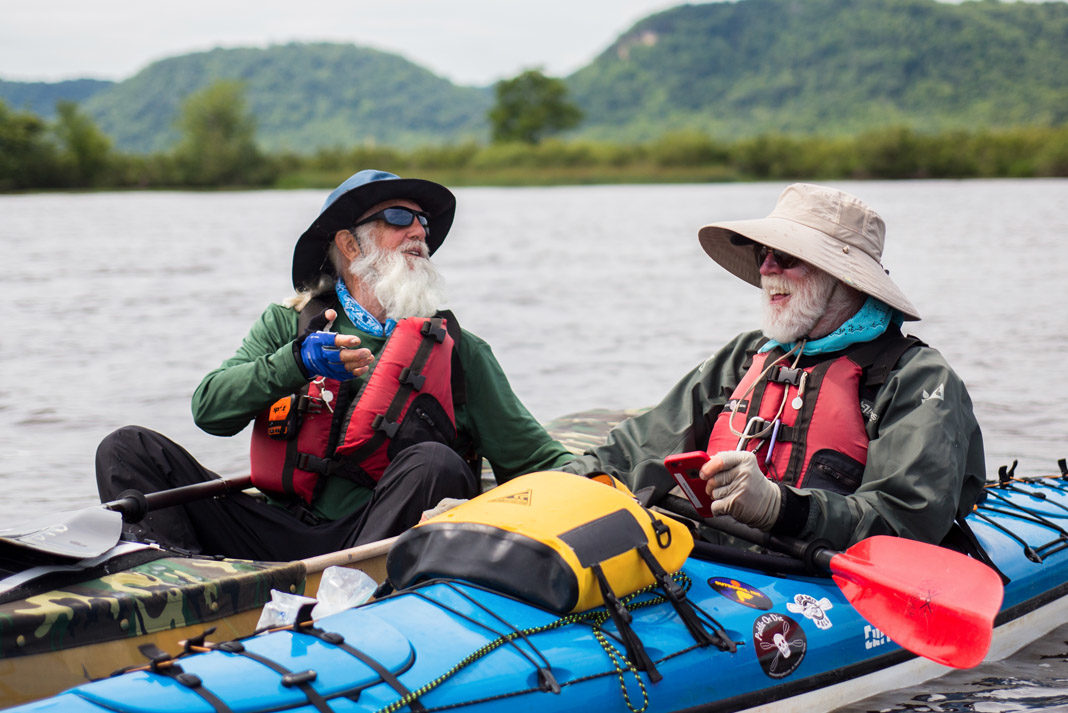 Last year, Dale Sanders hiked the entire 2,190-mile Appalachian Trail. Two years prior, he paddled the Mississippi River from source to sea in 80 days. Others have done both trips faster, but they weren’t in their ninth decade, like the now-83-year-old Sanders.

As an aged adventurer, Sanders has more and more company. Last year, Aleksander Doba of Poland completed his third paddle across the Atlantic Ocean at the age of 73 and 80-year-old New Zealander Helen Thayer walked the length of California’s Death Valley solo and unsupported. At press time, polar explorer Will Steger, 73, was nearing completion of a 1,000-mile solo trek across Canada’s barren lands, dragging behind him a North Star canoe on skis filled with 200 pounds of kit.

Impressive feats, no doubt, but these headline-grabbing excursions hint at a more widespread trend of 70- and 80-year-old outdoor lovers refusing to hang up their paddles and packs because of the number of candles on the cake. Still enjoying the outdoors, they are putting a less euphemistic and more literal spin on the term sunset years.

Neil Hartling has run Nahanni River Adventures since the mid-1980s, during which time the average age of his clients has risen by one year annually. He says his trips have changed a lot since the 1980s, partly in response to the number of older clients that were rarely part of his groups in the early days.

[ Kayaking legend Jon Turk on his best advice, biggest fear, and blunder he was lucky to survive ]

“We take seven-centimeter thick inflatable sleeping mattresses and stools and chairs now,” says Hartling. “So many of our guests have some sort of chronic disorder. If we keep them comfortable, those issues are less likely to flare up.”

With the extra gear and improved food, comes the need for extra guides. There is now one guide for every four guests, which allows for more interpretation, something Hartling says his more mature guests are hungry for.

“In the 1980s, our guests wanted physical instruction, to learn new strokes. Now they come to the rivers having researched them, and they want to be exposed to the cultural history, the geology, the wildlife.” Says Hartling, adding many of the guests have been tripping for as long as his guides have been breathing.

Improved communication technology has no doubt encouraged some older trippers to commit to extended trips in remote locations, but Hartling credits more mundane gear innovations—lighter and more comfort-minded items—with encouraging backcountry trips among those in an age group in which bodies are becoming frail.

“When we began, people had the same ambitions, but we didn’t have suitable clothing and equipment. It was work boots and windbreakers, ponchos in place of wetsuits,” he says.

One of Hartling’s regular guests is 81-year-old Jo Ann Creore of Edmonton, Alberta. She has been on eight northern rivers since 2007, when she took up river raft trips to replace mountaineering. “They provide me a way to get into true wilderness, something I can’t do on foot any longer,” she says.

Creore doesn’t like to dwell on her river resume. “People always ask me what I’ve done,” she complains, “but they never ask me what my goals are.”

The goal for this summer is the Coppermine River, 135 river miles in Nunavut and the Northwest Territories. It’s a rafting trip offering superb hiking, which Creore acknowledges she might not be able to take full advantage of.

“I don’t do nearly as much hiking as I used to. But I shed no tears over things I no longer can do. When something is over and done with, I find things to replace it.” So she’s taken up the study of wildflowers to replace hiking.

“I tried birds [identification] but they didn’t sit still for long enough,” she says.

Creore says she’s no more inclined to sit still than those birds are. My mother lived until she was 102. That’s 21 years away. I don’t plan on sitting around to wait for it. As long as I can put my tent up and crawl in and out of it, I’ll keep on river tripping.

For his attention-grabbing trips down the Appalachian Trail and the Mississippi River, Kentucky-born Dale Sanders says taking the kind of trips he’s been doing for many decades now takes more preparation.

“It started to get harder when I was in my late 70s, so now I have to train my body ahead of time,” he says, adding when he trains by doing things like paddling a canoe or kayak against the shore of his pond he needs a few days to recover afterward.

And he knows in the same way his body takes longer to recover from exertion, it would take longer to heal from an injury.

He counts this as wisdom, something he’s grateful for the experience of age to have provided him. “When you are out there at my age, you have to be aware of physical capabilities.” He says during his season on the Appalachian Trail he was careful and never fell badly— “when I was young, I would have broken bones.”

It’s more than a sense of caution Sanders appreciates about tripping at his age. He says he’s more mentally committed to doing these things now than he would have been when he was younger and “pulled in all different directions.”

“Motivation for me is much easier now,” he says. “I’m more mentally ready to do these things. I’m just so happy to be healthy in old age.” And, perhaps most importantly of all, that motivation is paying greater dividends now than it ever did before.

“As I get older, the process of reflection and appreciating the things around me only gets more intense. When I go to bed at night, sleeping on the ground or in a tent, I reflect back on the things I saw that day, the goals I met. Then I have a peaceful night,” says Sanders. “When I was younger, I didn’t appreciate nature, the beauty of things. The whole experience is getting better. I wish I knew then what I know now.”

Dale Sanders is planning his next grand adventure for 2019. One option he’s considering is to canoe the Missouri River—3,800 miles from Brower’s Spring in Montana to the Gulf of Mexico. Follow his adventures at greybeardadventurer.com. 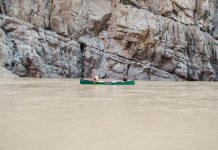 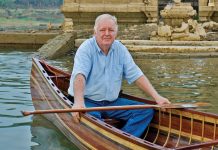