X
2022 Rapid Media
Home Trips Adventures 8 Unexpected Life Lessons From A 22-Month Canoe Trip Across America
Facebook
Twitter
Pinterest
Email
Mix
Table of Contents hide
1 Slow the hell down
2 If at first you fail, try again (from the start)
3 Shelter in motion
4 Be flexible
5 The power of new beginnings
6 Technique is overrated
7 You don’t need a cause
8 But you have to have a goal

Neal Moore spent most of the last two years on a canoe trip across America, the country where he was born and raised, and which he left at 18. In the three decades since he lived and adventured all over the world. He spent little time in the U.S., aside from his 2009 source-to-sea paddle on the Mississippi River, and also the months he spent in 2018 fighting high water on the Columbia River and its tributaries, all the way up and over the Continental Divide, only to call it quits in North Dakota.

That was Moore’s first crack at the 7,500-mile cross-country canoe journey he calls the 22 Rivers project. When he started again from Astoria, Oregon, in February 2020, the Pandemic was barely a month behind. He crossed into Washington just ahead of a shelter-in-place order and kept moving. His 22-month journey linked the Columbia to the Missouri, arced south on the Mississippi through the first winter, continued along the Gulf Coast and upstream to the Ohio, then into the Erie Canal and finally down the Hudson to the Statue of Liberty. 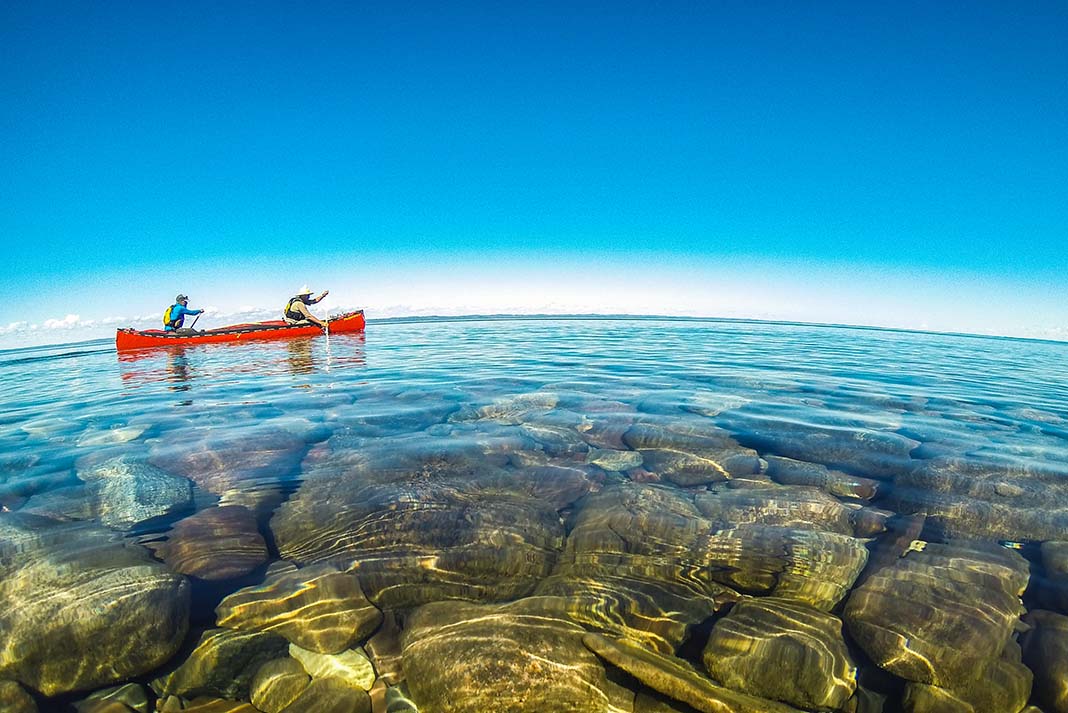 How To Complete A Cross-Country Canoe Trip

The journey was a first in the modern era, and perhaps ever. For Moore, it was a way to stitch together a fractured America by getting to know its people and places, as he puts it, “slow and low down from the view of a canoe.” Along the way, he gained a deeper understanding of the country he’d left behind, and he learned about himself, too. These are a few of the enduring lessons from Moore’s journeys on America’s rivers and in its river towns.

1 Slow the hell down

The first lesson came back in 2009, at the Brainerd Portage in Minnesota, some 500 miles into his Mississippi descent. Hustling back and forth on the portage trail, Moore passed a mountainous man perched on a boulder, smoking a cigarette and watching him with a degree of disinterest. This was Dick Conant, a now legendary canoe wanderer and the subject of Ben McGrath’s new book Riverman: An American Odyssey. Just as Moore stowed his last bit of gear and prepared to shove off, Conant strolled to the riverbank.

“Slow down,” he said. “Slow the hell down and enjoy the ride.”

2 If at first you fail, try again (from the start)

In 2018 Moore canoed more than 1,700 miles from the Oregon Coast, bucking historic high water up the Columbia River and across the Continental Divide. He lost his canoe and most of his gear to a cottonwood snag on the St. Regis River in Montana, and though he regrouped and pressed on, he was weeks behind schedule. When he finally pulled the plug in North Dakota, he thought of it as a pause. Later he realized the trip he’d planned and dreamed about for so long could not be broken into pieces.

“By following the seasons, it had a chance to be continuous,” he said. “So, I happily decided to try again.”

Barely a month into his second attempt, in March 2020, the Covid-19 pandemic caught up to Moore on the border of Oregon and Washington. Authorities advised people to wait out the Pandemic at home, but Moore’s home was in Taipei and international flights were grounded. So he crossed into Washington just hours before Oregon’s governor issued a shelter-in-place order, and kept moving.

“I have my tent and I have my canoe,” he said. “I decided to shelter in motion.” 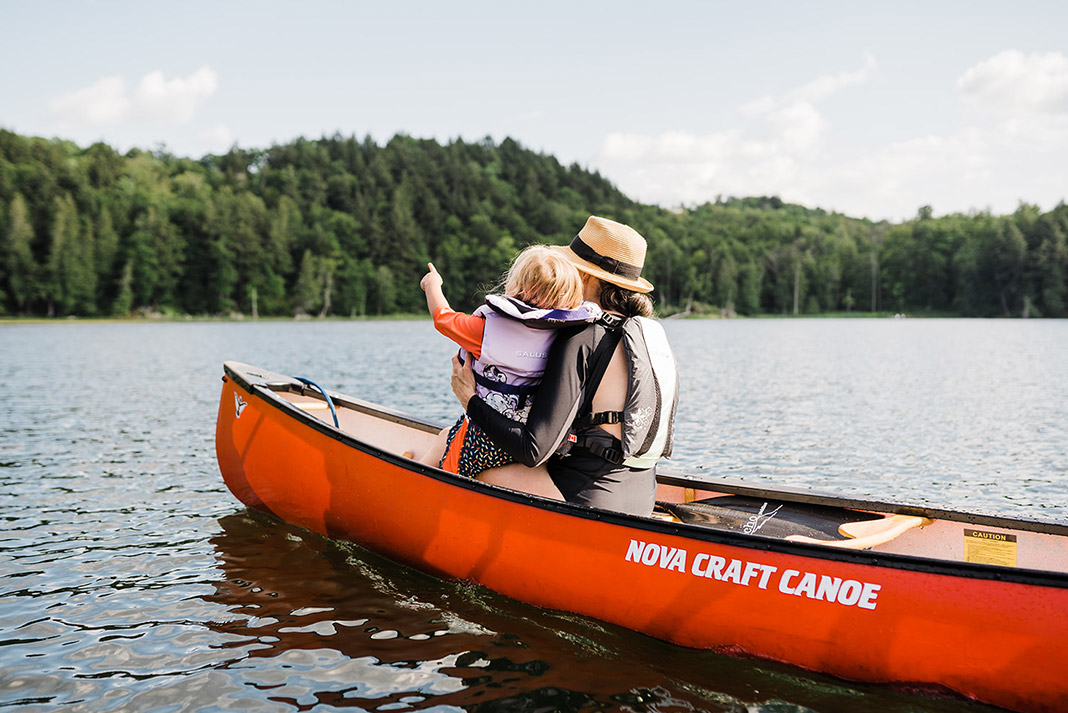 Best Canoes For 2023
Moore had planned to seek out people along the way to tell their stories, as he’d done during his Mississippi journey. On that trip, he operated like a cross between Huck Finn and “On The Road” journalist Charles Kuralt, filing some 50 stories as a CNN citizen journalist. But with Covid raging, Moore decided to chronicle only chance encounters—what he calls the “stumble-upons”—and was rewarded with experiences and friendships beyond anything he could have planned.

Moore likes to say there’s power, a certain alchemy, in vulnerability. “You stash the canoe upon arrival into a town… armed with the knowledge that by and large, river people are rough and tumble and good,” he said. “And if I listened, if I dropped my preconceived biases and truly listened, I could capture their stories.”

5 The power of new beginnings

During his Mississippi descent, Moore became the second person in 97 years invited to spend the night in the boyhood home of Mark Twain. “If you had to put a price on that experience, you couldn’t,” he said. “It’s priceless. But the punchline is it’s the exact same feeling as every morning waking up on an island in the middle of the Mississippi River.”

“That moment at first light when I’m pushing off into the current with all of my worldly possessions in my canoe, it’s bliss. That instant is complete perfection.” 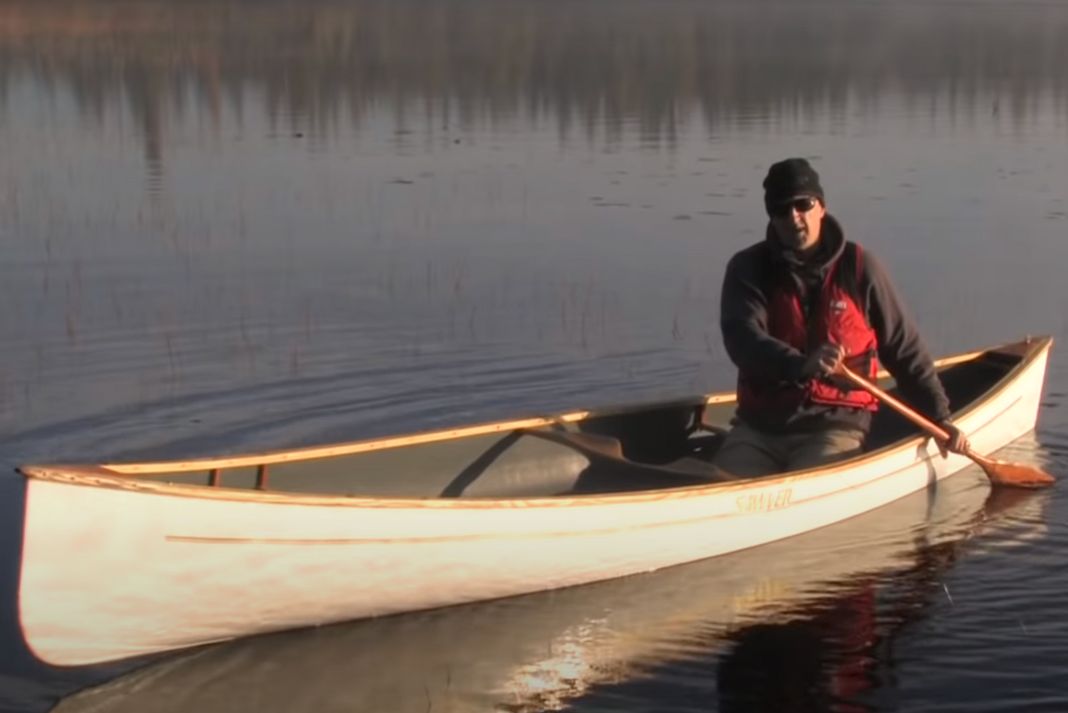 Back To Basics: Canoeing J-Stroke Vs. Goon Stroke (Video)

Moore paddled his canoe more than 7,500 miles, switching sides every three or four strokes. “Whenever I’d post a video of myself paddling, just out there in the moment and having a whale of a time, inevitably there’d be somebody commenting at me in all-caps and exclamation points, J-STROKE! J-STROKE!!”

“I’m an unrefined paddler,” he admitted. “I’m unrefined and proud of it because I’m having fun.”

7 You don’t need a cause

Moore used a set of portage wheels to drag his canoe and gear around dams, along a closed portion of the Erie Canal, and over the Rocky Mountains. Early in the trip, as he neared the Continental Divide on a Montana two-lane, a woman in an old station wagon slowed to investigate.

“What’s the cause?” she hollered.

The car crept along beside him.

“Well, where are you going?”

“Why? Why would you want to go to New York City?”

“It’s not about New York City,” Moore said. “It’s about everywhere in between, from coast to coast.”

8 But you have to have a goal

Moore kept Lady Liberty in his sights all across the country. The statue marked more than the end-point of his journey; it was a beacon for what he was trying to capture: a deeper understanding of America and what holds it together in these divided times.

“There is the map—our goals and our guidebooks; our paper navigational charts—and then, there are the people,” said Moore, who reached New York in December 2021 and took a ceremonial lap around Liberty Island.

“Sharing the journey with my friends, and them sharing their journeys and their spirits with me, speaks to what this expedition has been about from the beginning,” he said. 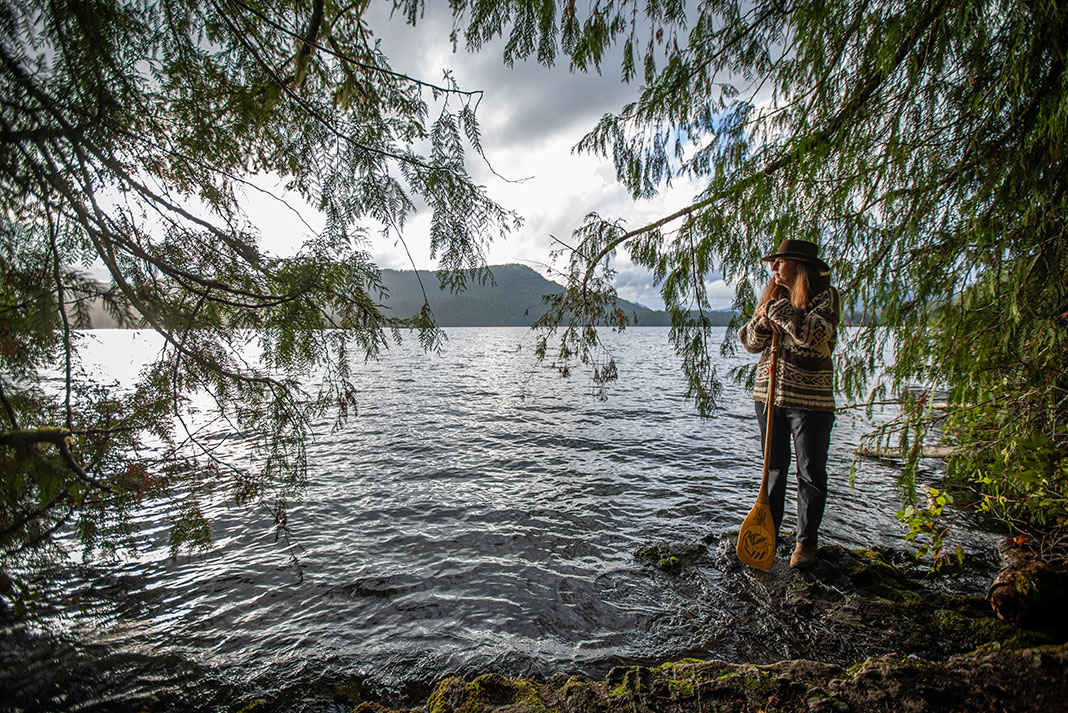