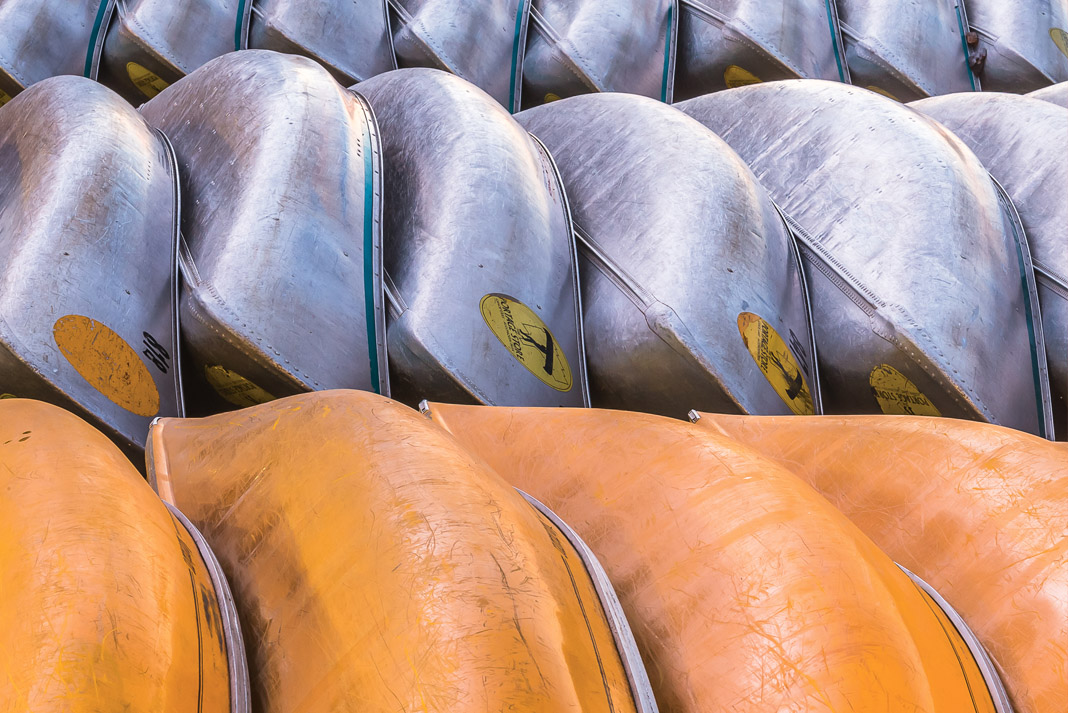 Anybody Who Tarries Long Enough On A Portage Trail Will Sooner Or Later Come To Wonder About The Growth And Evolution Of This Craft We Love So Dearly. I certainly have.

The last time I slowed to a nasty stop on a portage and took advantage of the time for contemplation of canoes of influence, I found myself wandering back to the very beginning. It seems clear naval history began with a floating log.

Somebody at some point, somewhere—on the steppes of Africa, if my biogeography prof has things lined up correctly—employed a floating log to assist with a passage and avoid drowning. It was the beginning of boating as we know it, in its many forms and permutations, but it was not necessarily the beginning of canoeing.

At some point later, someone got the bright idea to employ a stick of some kind to control the movement of the log in the water. This is not the genesis moment either.

The First Canoe—And, As Such, The Most Influential Canoe Of All Time—

It would have to be the log one creative Palaeolithic paddler decided to sharpen at both ends and perhaps flatten on top or hollow out so it might more easily be propelled and maneuvered to get to the proverbial another side.

This is just the beginning. There has been a slew of technological moments defining our evolving craft, and after the first, it’s difficult to order a hierarchy of the most influential and significant. However, I have some nominations—for example, going from dugout to planked and skinned craft.

A Second Revolutionary Innovation Was The Shift From Natural Materials To Human-Made Composites—Think Of The First Tin, Aluminum And Fiberglass Canoes. There were also design breakthroughs, such as ocean keels rockered for river maneuvering and air-bagged ABS scows eclipsed by ensuing generations of playboats. And, of course, the innovations of particular builders getting into the minds of the users of their boats, so as to change the canoeing experience—the shift from bare thwart or lashed paddles to custom shoulder-contoured yoke carrying comes to mind.

Continuums of design, materials and construction techniques may well define particularly significant and influential models in the ongoing evolution of the canoe. Similarly, canoes built for one purpose and reassigned to other ends, such as Campbell Mellis Douglas’s Harmony or John McGregor’s Rob Roy, both of which emerged from racing traditions, are considered by many as significant in the early stages of recreational paddling.

Of Course, There Are Also The People Who Paddled Them, And The Places Accessed, That Make Other Canoes Notable

The 16-footer Peterborough, Ontario, resident John Smith attempted to paddle to Peterborough, England. Frank Amyot’s gold-medal canoe from the very first Olympic C-1 1,000-meter competition in Berlin in 1936. Don Starkell’s Orellana, in which he paddled his way into the Guinness Book of World Records on a canoe trip with his sons from Winnipeg to the Amazon.

How about Steve Landick and Verlen Kruger’s hybrid boats in which they paddled 28,000 miles in and around North America. Or, perhaps, Glooscap, a character from the Mi’qmaq creation story, who turned up on this earth in a white stone canoe, as did Dekanawideh who, in some versions of the story, is credited with bringing the great law of peace to tribes of the Iroquois Confederacy. And what about la Chasse Galerie, the magical flying canoe piloted by the Devil himself, who flew lonely lumberjacks in the Canadian north woods back to their loved ones on New Year’s eve? Not to mention the first seafaring canoe to cross the Pacific Ocean or the first reed craft to cross Lake Titicaca.

The list goes on. What about the canoe in which Farley Mowat was conceived? Or the variety of double enders that conveyed Lewis and Clark into the American collective imagination. What about the aluminum canoe lightning accidentally welded onto comedian Paul Chatto’s head, turning him into a superhero? Or the bark canoes that conveyed the Maid of the Mist over Niagara Falls? What about the canoe Robert Service paddled on the Seine in France. Or Lootaas, the vessel that bore Haida artist Bill Reid to his final resting place on Haida Gwaii?

However, I do have one. I nominate Holling Clancy Hollings’ Paddle to the Sea. If Paddle is not the most influential canoe of all time, then he’s certainly close to the honor, having inspired generation after generation of North American paddlers to get on the water to see what there is to see and feel what there is to feel, including the dull ache of dead double-ended weight on a portage trail.

James Raffan is an explorer, academic and former director of the Canadian Canoe Museum. On page 60, he shares his vision of the canoe as a perfect tool for creating unity in a nation. 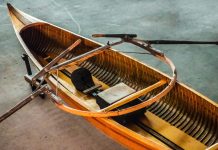 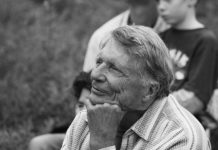