It’s what I’ve found myself thinking about these days: My PFD. Or, Personal Flotation Device. Which is strange to me. Typically, wearing a PFD is not something I think about at all.

I spend the majority of the warmer seasons wearing one. I slip it on in the morning and do it up without conscious thought, like throwing a backpack over my shoulder or tying my shoes. It’s the same for all but the greenest whitewater people who’ve yet to burn the zipper and buckle combo into muscle memory.

Wearing a PFD should not be controversial

So why have PFDs been floating around my subconscious? As regular readers know, I’m involved in outdoor tourism risk management and find myself involved in safety related policy issues. It turns out a few paddlers don’t wear PFDs, even when they know they should.

This is not your father’s PFD

PFDs and life jackets—the U.S. and Canadian coast guards would like us to switch back to calling them life jackets—have been around since the mid-1800s. Historically, ships were made of wood. If a ship went down, there was no shortage of floating bits of broken boat to cling to. After the adoption of iron hulled ships, when a ship went down it was going down to the bottom of the sea—nothing for sailors to cling to.

According to Christopher Brooks, the author of Designed for Life: Life Jackets Through the Ages, the two major drivers of life jacket innovation were dramatic catastrophes, such as the sinking of the Titanic in 1913—and the subsequent international convention requiring lifejackets available on all ships—and World War II.

[ Plan your next Central American adventure with the Paddling Trip Guide ]

Issued to soldiers and sailors, kapok vests were lighter and more pliant, but nothing you’d consider supple. Kapok was fragile, and often life jackets unstuffed from storage bins were already damaged and ineffective. Modern PFDs are filled with synthetic closed-cell foam, and have passed rigid testing for durability, flotation and UV resistance. 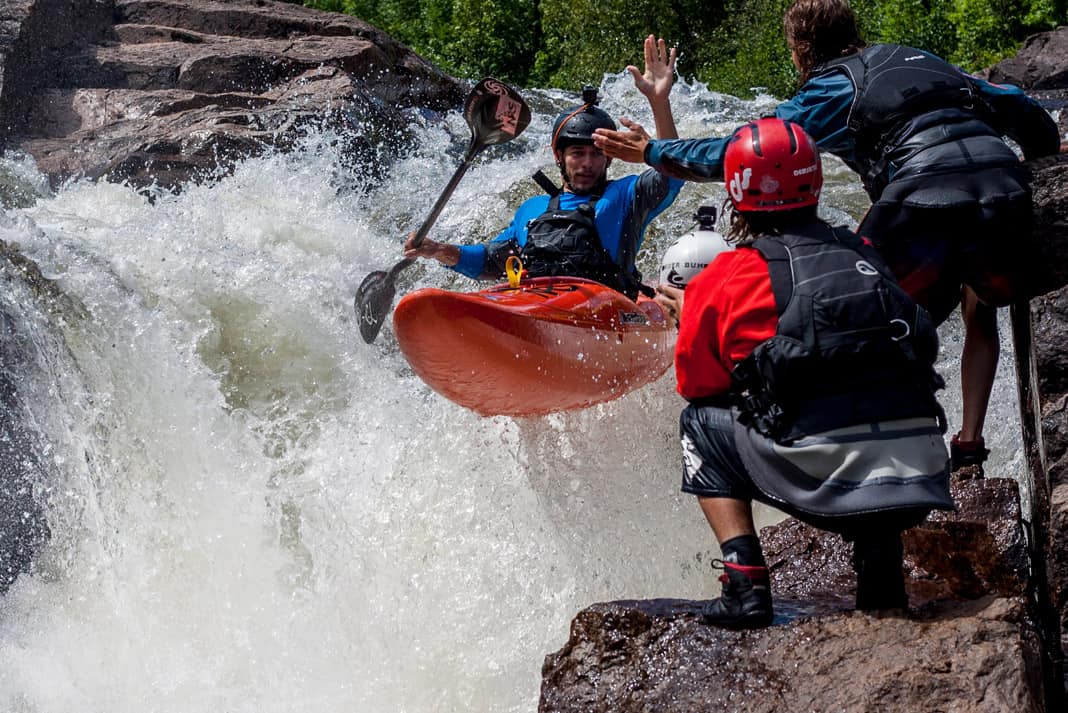 Wearing a PFD is part of running whitewater

I love my own vest, with its body-hugging fit.

The feel of my PFD is part of the feel of running whitewater. It feels wrong without it, like driving without a seatbelt. Which brings us to the mini drama contrasted against significant tragedy. The PFD, or lack of, tying both stories together.

Mini drama first. You may have caught the Instagram buzz in March surrounding Pat Keller’s viral video post appropriately hashtagged #wearafuckinglifejacket. In the post, Keller—the unassuming reigning king of creeking and class V racing—gives a thorough tongue lashing to a younger paddler putting onto his local run, the Cheoah, without a PFD. The younger paddler is actually wearing the fabric shell of the PFD, but he’d removed all the floaty parts inside. No matter, you probably get his point.

The paddler didn’t seem to be buying the wisdom Keller was selling. According to assorted commentary surrounding the post, he was highly skilled, knew the run well, and did not want to be inhibited by a PFD. Mini drama.

And then the tragic story. Last summer, 900-plus miles to the north, 15-year-old Jeremiah Perry drowned while on a high school canoe trip. He, like many of his classmates, could not swim, yet was swimming at his campsite without a PFD. The loss of life was shocking but the ripple effects are still being felt in the outdoor education community. Scheduled canoe trips were cancelled. Hundreds, maybe even thousands, of kids denied their chance to explore the backcountry by canoe or kayak.

No one wears a PFD fly fishing

Every summer a few fly fishermen wading in class II rivers get swept from their feet and drown.

Don’t doubt it can happen to whitewater people too. Rewind the clock to the 1999 World Freestyle Championships in New Zealand. Twenty-four-year-old Irish team member Niamh Tomkins jumped into the Waikato River’s Full James to swim across. She wasn’t wearing her PFD. She drowned in the boils in front of her peers and hundreds of spectators, just after the last of the semi-final heats.

Drowning is still a significant risk in society

There are 4,500 drownings every year in North America. Seventy-five percent of those deaths are on rivers, lakes and oceans, not swimming pools and bathtubs.

In 2016, in the United States, there were 167 deaths involved canoeing, kayaking and standup paddling and of those, 130 were drownings. Of these paddling related drownings only 11 were whitewater paddlers. Why? Because usually we wear our life jackets, most of us with the floaty bits still inside.

All of this is somewhat surprising and sad, given that for 30 summers I’ve just dropped my PFD over my head and climbed into my boat. We don’t need to overthink this. Not thinking about this issue at all is the way to go. Wear a PFD. Just put it on.

Jeff Jackson is a professor at Algonquin College near the Ottawa River, and he consults on safety and risk management. 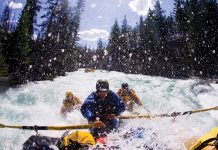 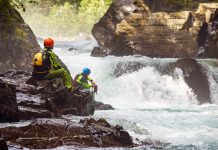 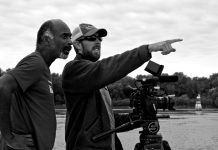