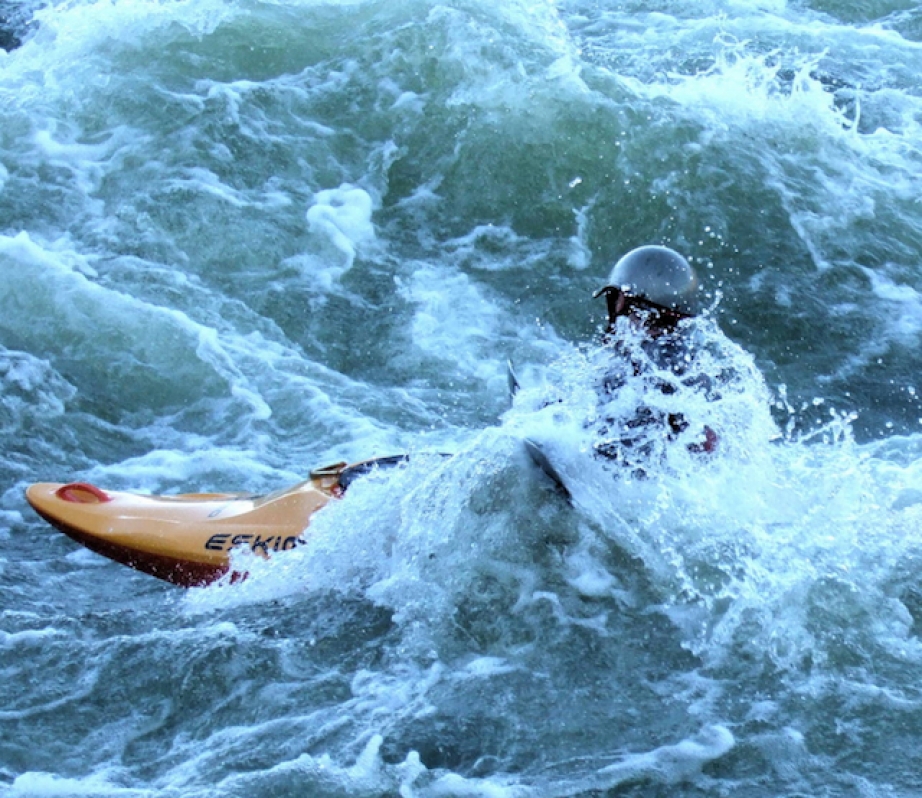 While at my local pool, I stumbled across one of paddling’s dirtiest little secrets. As the public swim closed down, these punters came in carrying paddles, caged helmets and what looked like kayaks. My first thought was cool, pool sessions: Real whitewater paddlers keeping their skills sharp, or maybe a group of newbies learning in a controlled environment before graduating to the river. But why the helmets? I stuck around to take a deeper look.

What the hell? Slim narrow boats with foam bumpers on the ends? Grown men chasing a ball around like dogs? They look really stupid! MAKE THEM STOP!

“What is this nutty game?” I asked one of the helmeted fools. “Kayak polo,” he proclaimed, as if proud of it. When I asked him “How does this help you in whitewater?” he replied with the clincher: “I don’t paddle whitewater.”

I got the hell out of there.

This is not kayaking my friends. No, it is not. Polo is just one of the secrets that we keep. There’s more. Take the image of our sport. It’s an outdoor sport, a “healthy pursuit.” We have everyone fooled. Just look at the TV ads. Watch those lean, hard bodies driving around in their cars with boats on the top. Or the shapely women bounding down steep drops for a sporty fragrance.

Watching TV, you’d think that whitewater paddlers train at the gym three times a week and eat a balanced diet of birdseed and vitamin supplements. But take a look around. We eat like crap. We eat potato chips, soda pop and deep-fried food. And don’t forget our beer tubbies!

Look at your belly, you could do to lose a few pounds. Some of you may even spark up a big fatty before putting on. Healthy pursuit, my ass.

Now how many of you are in some form of pain because of paddling? Maybe your shoulder hurts when you raise it above your head. Or that ear infection really never stops bleeding. Most of us keep a bottle of ibuprofen in our glove com- partments for lower backs, elbows, wrists—all our joints.

How healthy is a sport where the best paddler in the world is partially deaf? Have you ever spoken to EJ? You practically have to yell.

Another lie we project upon the masses is that we’re young, we’re hip, we’re extreme. We’re thirty pushing forty, with desk jobs and sensible cars with baby seats. With white knuck- les and nails dug-in we cling to the idea of being young. But we’re a far cry from the skateboaders and surfers of the world. It’s almost embarassing. Calling us extreme is like calling curlers athletes.

Just like a US president, we don’t talk about our dirty little secrets, we don’t even acknowl- edge they exist. Because to admit to being a kayak polo player would wreck our hip image. To start telling the truth would mean you’d have to notice that the nachos you’re scarfing are point- ing right at those shapely love handles sagging over your boardies.

Ben Aylsworth—paddler and kayaking filmmaker—just turned 30. His shoulder, elbow and lower back hurt. And if you ever mention you saw him playing kayak polo, he will kill you! 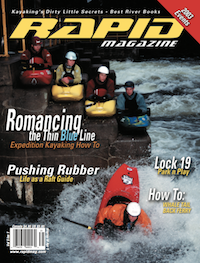 This article first appeared in the Spring 2003 issue of Rapid Magazine.