Just like any other rescue skill, it’s essential that you’ve practiced it before you get into a high-pressure situation. You can watch as many videos and read as many articles as you want—but there’s no better teacher than working through it with your own two hands.

Of equal importance is staying in practice. It’s a good idea to refresh your (muscle) memory every so often, especially when it involves setting up gear you don’t often use. All this advice applies to using a Z-drag setup to haul a boat that has been pinned or wrapped.

In this article we’ll go over how to set up and use a Z-drag system, but don’t leave it there. Gather the gear and get practicing.

The Z-drag is a 3:1 mechanical advantage system, which will enable you to move a heavy boat through the water with less exertion. Let me explain it like this: imagine you have a 100-pound bucket of cement. When you grab the handle you will struggle to lift it, as your arm is lifting all 100 pounds. But if a friend grabs onto the handle too, you will each be lifting 50 pounds. Add another arm and you each lift a third, or 33 pounds. Three arms split the work in three, or create a 3:1 system. Flip this logic around: three arms can do three times the work of one; more arms multiply the force.

The physics are the same for the Z-drag. Even though there is only one handle on the boat, the three parallel lines are like three arms pulling, splitting the load and multiplying the force.

The Z-shape is what matters, as it gets three lines working together. The other parts of the system—the sliding prusik and pulleys—just keep the arms equalized so they can all do their third of the job.

You will need a 50- to 75-foot throw rope, a prusik, two carabiners, two pulleys and a sling.

Step 1: Build an anchor by wrapping the sling around a sturdy tree or rock. Clip a carabiner and pulley through the sling.

Step 2: Secure the bag end of your rope to the load. Run the tail end through the anchor pulley.

Step 3: Wrap the prusik loop as far back down the rope toward the load as possible. Clip the second carabiner and pulley through the prusik. 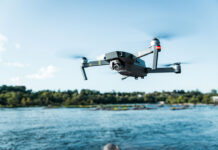