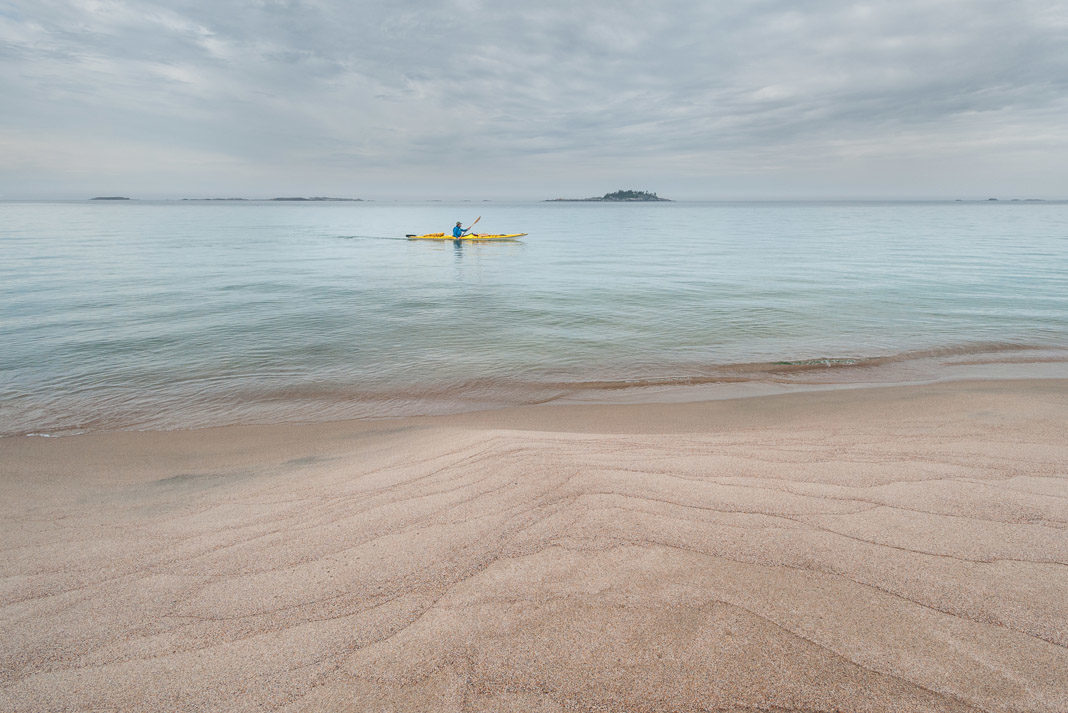 In the 31 days of May, there’s a whopping 175 additional awareness days and observances recognized in the United States, according to Nationalcalendarday.com. The date of May 31 is known as both National Smile Day and Necrotizing Fasciitis Awareness Day, among others.

May isn’t an outlier. Nationalcalendarday.com tracks a whopping 1,500 national awareness days, weeks and months jammed into the same 365-day, 52-week and 12-month year you and I plan our lives around.

In the Paddling Magazine editorial office, we’ve been getting pitches almost daily from adventurers embarking on one type of awareness-raising expedition or another. We’ve received queries from paddlers looking to raise the profile of important issues like plastic pollution, habitat destruction, poverty, gender equality, autism, fishery health and diabetes. Just to name a few.

You’re probably familiar with expeditions just like this. Heck, there’s even a few profiled in the pages of this very issue. It’s not just paddling expeditions bingeing on awareness—through social media and news outlets, we see a slew of awareness-raising campaigns, events and days bundled up with pithy hashtags for every conceivable topic.

Thanks to hashtag activism, we’re living in what some have termed the golden age of awareness raising.

I Respect Everyone Paddling Off On Awareness-Raising Journeys

—I support any and all reasons to get on the water, anytime and anywhere.

The problem is for any paddler looking to make change, awareness-raising alone often hasn’t proven to be an effective solution. For real change awareness must turn into action, and most of us get lost in the intervening chasm.

In the 1980s, social scientists popularized the information deficit model. It’s the notion stating if only the public had the right information, conveyed in a way we could understand, we’d make better choices. But we all know it’s not this simple.

If it was this simple, we’d eat more kale. I’d stop spooning Ben & Jerry’s before bedtime. North America wouldn’t be crushed under an obesity epidemic. No one would smoke. Texting while driving wouldn’t be a thing.

We’d all meditate daily and exercise for 30 minutes or more, five times a week. And we’d stop looking at our damn smartphones because we know doing so makes us more stressed out. And these are just the simple changes we could make for our own personal benefit. Just being educated isn’t enough to catapult us into doing anything about it.

Take, For Example, The Cause At The Crosshairs Of More Than Half-A-Dozen Awareness-Raising Expeditions Queried In My Inbox—The Problem Of Plastic Pollution In The Ocean. Here are some startling facts: More than 40 percent of plastics are only used once, then trashed. Plastic makes up approximately 90 percent of all trash floating on the ocean’s surface. And it’s estimated 88 percent of ocean surfaces are polluted with plastic to some extent. Terrible, right?

According to Google News, plastic pollution has been the topic of more than 2.6 million news articles. There’s been 1,600 news reports in the mainstream media about the garbage patch twice the size of Texas circulating in the Pacific Ocean. The average citizen with even a passing interest in current events would have to be wilfully avoiding these stories to be unaware plastic isn’t so fantastic. I’d argue the average water lover and sea kayaker is likely even more aware of the threat plastic poses to the world’s oceans, even if they’re unaware of the horrifying global statistics.

Awareness Raising Is A Woolly Business—

what does awareness mean anyway, how do you know when you’ve raised enough and how do you measure its success? The real aim of a successful campaign should be to pair awareness with action-based solutions. This is what good marketers do, and they achieve it by creating an emotional connection between consumer and product with a strong call to action. It’s what so many awareness-raising expeditions fail to do.

On her 1,000-kilometer journey around Wales (featured on page 174), paddleboarder Sian Sykes did more than raise awareness—she asked the hundreds of people she met on her expedition to make an on-the-spot pledge to stop using one single-use plastic item. Providing a first-person connection and a solution begins to bridge the cavernous divide between knowing there’s a problem and doing something about it.

There’s No Shortage Of Examples Of Paddlers Taking Matters In Their Own Hands. Last year Michael Anderson and Paul Twedt picked up 1,000 pounds of garbage—mattresses, glass bottles, Styrofoam and a hell of a lot of plastic—on a 300-mile trip on the Minnesota River. The duo’s mission was furthered by America’s Adventure Steward Alliance and another 2,200 miles of the watershed was cleaned up removing another 5,300 pounds of trash. Paddlers across the country were inspired by the story to clean up their own local waterways.

To tackle a proposed sulphide ore mine on the edge of the Boundary Water Canoe Area Wilderness, explorers Amy and Dave Freeman lived in the BWCA for 365 days, sharing their trip by canoe and dog sled with school kids across the country via their virtual Wilderness Classroom platform. They reached grown-ups through their blog, podcast, videos and social media. Their awareness raising had a very specific goal and outlined some of the steps needed—sign a petition and contact your representatives—to save the Boundary Waters.

Awareness raising works to an extent. Informing people of a concern is the first step to changing how institutions handle an issue. Usually, raising awareness is the first activity an advocacy group engages in. When people don’t know there’s a problem, how can they fix it?

In the golden age of awareness raising, it’s certainly not awareness we’re lacking. We’re saturated with it. Without deed to back us up, raising awareness is little more than a hashtag on a plastic boat lost in a sea of 500 million tweets per day.

Kaydi Pyette is the managing editor of Paddling Magazine. She has given up the use of single use plastic water bottles. The frogs she’s been training for National Frog Jumping Day are living in habitats created with natural and recycled materials. 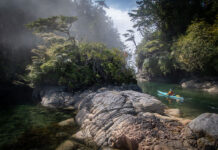 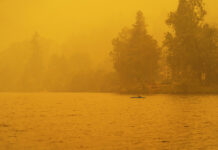 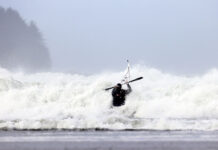