The race roster is set for the 22nd Yukon River Quest, which will begin on Wednesday, June 23 in Whitehorse, Yukon Territory, Canada. This year’s field, as of today’s date, will feature 48 teams with 136 paddlers from the Yukon and three Canadian provinces.

After several years of record-setting registration numbers, the 2021 race will look a bit different. Following the cancellation of the 2020 event, organizers adjusted this year’s format and scale to meet COVID-19 guidelines. Only Yukoners and other Canadians who meet the territory’s current requirements for visitors were eligible to register, and the race has an approved COVID safety plan.

The race is the highlight of the paddling summer in the north, keeping teams, volunteers, support crews, and spectators coming back year after year.

Except for 10 hours of mandatory rest, adventure and marathon paddlers race non-stop over the 715 kilometers (444 miles) to Dawson City. Held annually in the north during the last week of June (around the summer solstice), it is a true “Race to the Midnight Sun,” drawing many of the world’s best paddlers.

Following the race is a lot of fun, whether you are watching from alongside the river or sitting at home. All teams are required to have activated SPOT or InReach tracking devices, which greatly aid those following the race on their computers or mobile devices. Just follow the Race Tracker link at www.yukonriverquest.com and also watch for updates and photos on the race’s Facebook and Instagram pages. You can even replay the race when it’s all over!

The adjusted total possible 2022 race purse is now $12,997 (CAD) based on the paid registration of 41 teams in the full-distance YRQ as of June 1 (down from the usual 100-125 teams). The prize money structure awards the top three male, female and mixed teams per class as long as they beat another team in their class and finish within 25% of the top team in the class. A complete prize breakdown can be found in the race rules on the website.

“It’s the smallest race we’ve had since 2002,” Coates said, “so in some ways the race has reverted to where it was two decades ago. But it’s not going to stay there. Next year is going to be in enormous demand.”

Most of this year’s COVID-reduced field of 48 teams is made up of Yukoners who will be hoping for a high river and fast times, but there will be challengers from across Canada. Here’s a breakdown of teams that could win their categories (disclaimer: there are sometimes surprises that we miss):

Bios of all teams and any charities they support may be found under the Racers tab on the event website: www.yukonriverquest.com

Paddlers who have finished multiple YRQs also now covet entrance into the “Great River Club” which was unveiled for the 20th anniversary in 2018. Racers who have logged 5,000 and 10,000 kilometers are members of that club and receive special pins.

The start will look a little different this year. Instead of the traditional mass start, racers will line up at Rotary Peace Park and be called down to the waterfront in order for a staggered launch. Teams will be called every fifteen seconds, and will then head to their boats to hit the water. Access to the park and the start area will be restricted only to racers, support crews, and race personnel, but spectators are welcome to spread out along the waterfront. The horn will blow at noon, and even without the chaos of the mass start, watching the racers set off for Dawson City should still be a spectacular sight.

Those from afar will be able to watch via a Facebook Live link to CKRW-The Rush. Then it’s a long paddle on Lake Laberge, through the waning light of the midnight sun on the Thirtymile heritage section, and then on to Carmacks and the first possible rest stop at Coal Mine Campground. This year, racers have the choice to complete all, some, or none of their mandatory ten hours of rest at Carmacks. When they’re ready, or if they choose to go straight on, the paddlers head down Five Finger Rapid, to the second rest stop at Minto Landing, where they can complete the balance of their ten hours if they didn’t do so at Carmacks. Then comes the final push to Dawson City. Teams will finish sometime between the afternoon of Friday, June 25 and Saturday, June 26 just before midnight, the official end of the race.

There will be no finish banquet this year, but awards will be given out on Sunday morning along the Dawson City riverfront, near the gazebo, at 10 a.m. A complete race schedule is posted online and will appear with several stories about the race in a special Whitehorse Star race supplement the week before the race.

Like many great Yukon events, the River Quest could not happen without a tremendous volunteer effort from those in our river communities. Volunteers help out in Whitehorse, Carmacks, Minto Resort, Dawson City, and a few remote checkpoints along the river. There are still spots available, particularly for Carmacks and for volunteers with access to motorized boats, so if you are interested in volunteering, please check the Volunteer tab on the website to see where you could help and fill out a volunteer form.

Many small businesses also support the race by sponsoring bibs worn by paddlers. A complete sponsor list appears on the race website along with a link to a sponsor package. 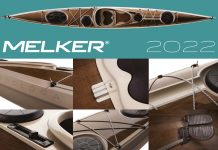 Melker of Sweden Is Coming To America 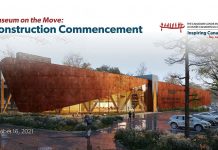 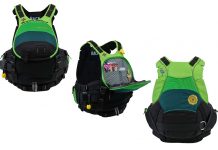 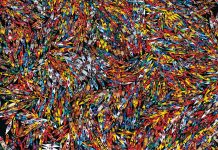 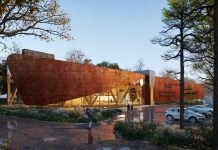