Washington, D.C., August 4th, 2022 – For the world’s top adventure athletes, the line between triumph and tragedy is razor thin. In the pivotal moments when life hangs in the balance, what drives the greatest to continue pushing to redefine what is humanly possible, to stare down fear and risk it all? From Academy Award-winning executive producers E. Chai Vasarhelyi and Jimmy Chin comes Edge of the Unknown with Jimmy Chin, an epic 10-part series that ventures inside the minds of pioneering adventure athletes, captured at the peak of their powers as they recount their personal stories of transcendence on the journey to perfect the mastery of their craft.

Through intimate interviews and archival footage from the world’s top big wave surfers, climbers, big mountain snowboarders, polar explorers and kayakers, Edge of the Unknown with Jimmy Chin gives viewers a front-row seat to adrenaline-filled adventures, uncovering how athletes adapt and evolve, even after being confronted by fear, devastating personal loss, and Mother Nature at her harshest. Witness how some of the world’s top athletes prepare mentally, physically and emotionally for their high-stakes endeavors. 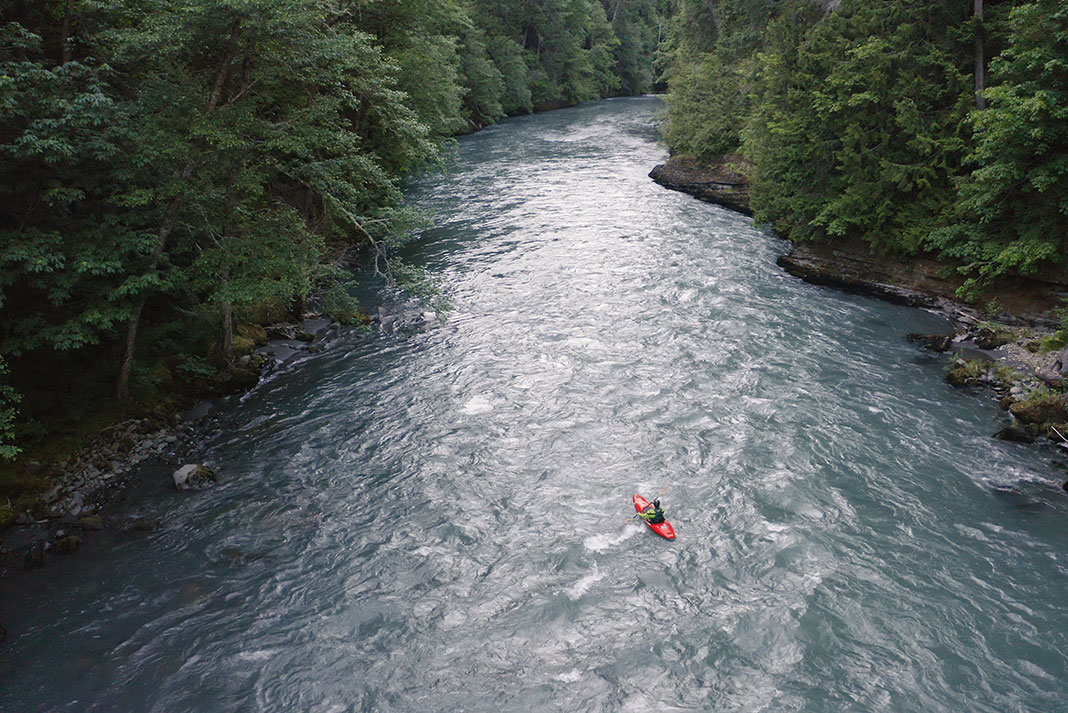 Edge of the Unknown with Jimmy Chin premieres Monday, Sept. 5, at 9:30/8:30c on National Geographic, and all episodes will be available on Disney+ beginning on Wednesday, Sept. 7, on Disney+.

“We’re honored to be able to tell these stories about some of the greatest adventure athletes of our time pushed to their psychological and physical limits as they battle to redefine what is possible,” said Vasarhelyi and Chin. “Each episode reveals that even top athletes must face their fears to survive and achieve the seemingly impossible. It’s a rare look behind the curtain at the painstaking preparation required by each of these 10 athletes and what they are willing to risk to accomplish transcendence in their sports.”

Episodes include the following:

Edge of the Unknown with Jimmy Chin: Before Free Solo

In preparation for his impossible climb featured in “Free Solo,” renowned mountain climber Alex Honnold trained in the High Atlas Mountains of Morocco. Witness the never-before-told story of Honnold’s “secret solo” and preparation for his generation-defining climb.

Edge of the Unknown with Jimmy Chin: The No Fall Zone

Angel Collinson is one of the most accomplished big mountain freestyle skiers in the world. While in Alaska, Collinson had a fall that sent her tumbling 1,000 feet down the side of a mountain. Collinson looks back on the accident and reflects how it triggered an awakening and a new phase of her life. 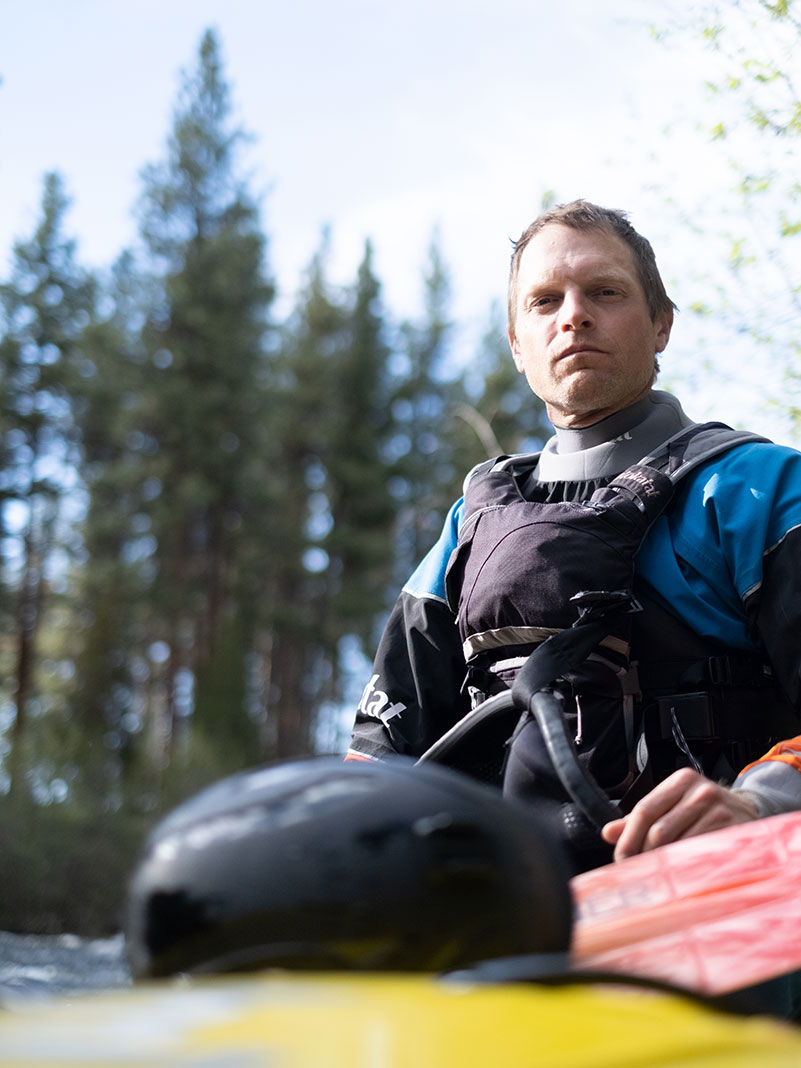 Edge of the Unknown with Jimmy Chin: Fight or Die

Professional whitewater kayaker Gerd Serrasolses was filming in Chiapas, Mexico, when he nearly drowned running a 50-foot waterfall. Knocked unconscious, he survived three and a half minutes underwater and was revived by his teammates. Now, Serrasolses looks back on his experience and shares how it forced him to reevaluate risk.

Edge of the Unknown with Jimmy Chin: Return to Life

Legendary climber Conrad Anker has been pushing the limits of mountaineering for the last 30 years. While hanging from the side of Lunag Ri, the tallest unclimbed peak in the Himalayas, at an altitude of 20,000 feet, Anker suffered a heart attack. Witness as he recounts what he learned from that trip and his astonishing self-rescue.

Edge of the Unknown with Jimmy Chin: Riding the Avalanche

In 2016, big-mountain freeride snowboarder Travis Rice was riding in the backcountry of Alaska when he was catapulted into an avalanche. Rice reflects on the near-fatal mistake that forced him into unknown territory and shares how the traumatic event has shaped his approach to big mountain riding and life. 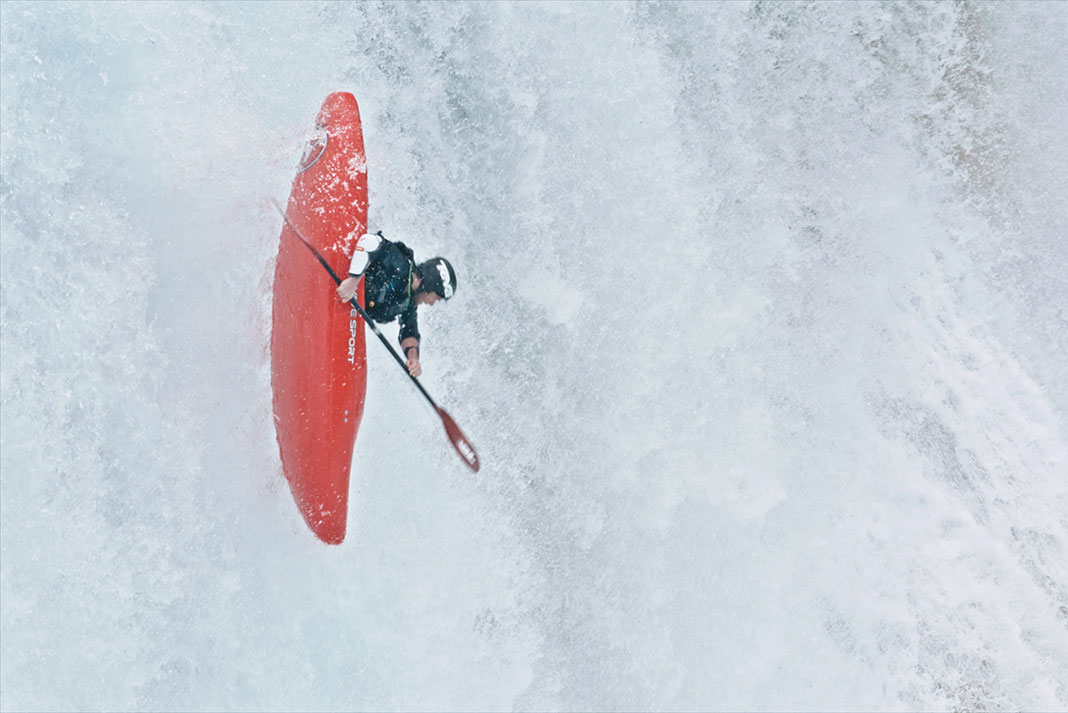 Edge of the Unknown with Jimmy Chin: Will Power

Edge of the Unknown with Jimmy Chin: Eaten by Jaws

French surfer Justine Dupont is one of the best big wave surfers in the world. At “Jaws,” a surf break in Hawaii notorious for its 50-foot waves and perfect tubes, a violent wipeout sent her to the hospital. With the gift of hindsight, she explores how this enormous setback allowed her to regroup and return to reach new heights professionally.

Edge of the Unknown with Jimmy Chin: Live Another Day

On a climb close to home, Academy Award-winning filmmaker, National Geographic photographer and professional mountain sports athlete Jimmy Chin was caught in a massive class four avalanche. How did he survive, and how did it change him? Watch as he unpacks the event and the transformation that it triggered within himself. 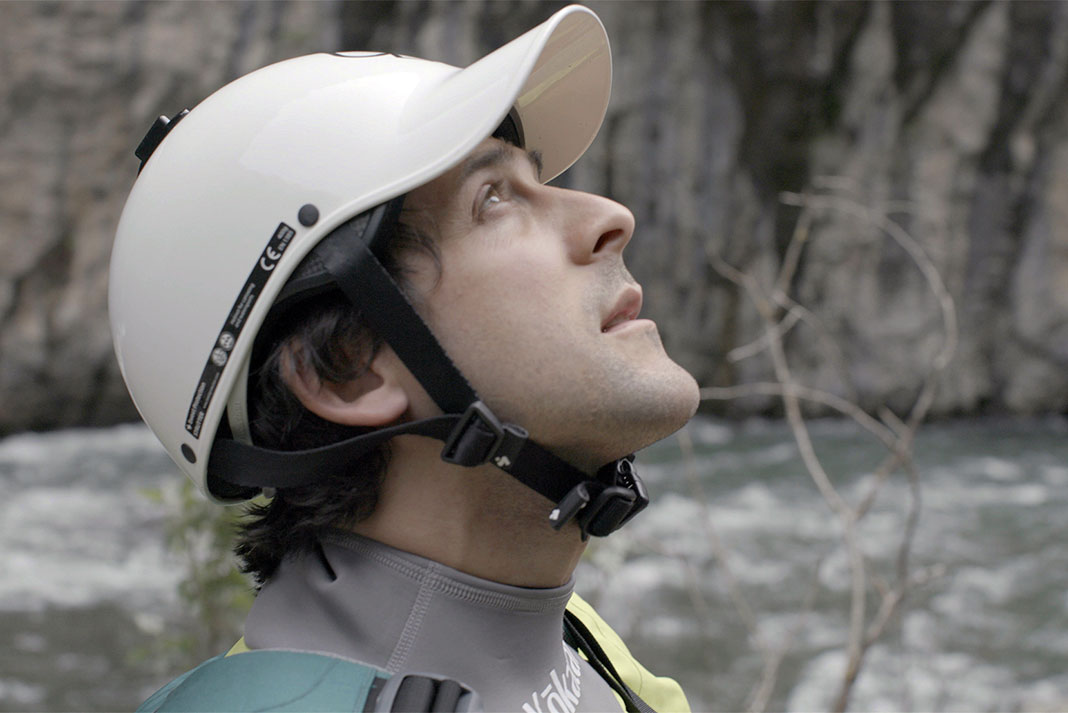 Edge of the Unknown with Jimmy Chin: Deadly Waters

In 2010, expedition kayaker Ben Stookesberry, along with his longtime kayaking collaborator Chris Korbulic, embarked on a two-month expedition through Africa with legendary adventurer Hendri Coetzee that left them changed forever. Over a decade later, they look back on this fateful trip and ponder what they learned from it.

Edge of the Unknown with Jimmy Chin: Hunted in the Arctic

Polar explorer Sarah McNair-Landry, along with her brother Eric, attempted to be the first to kite ski 2,000 miles across the Northwest Passage in the brutal freezing winter. Years later, she looks back on the crucial decision she was forced to make during their expedition while being hunted by an apex predator. 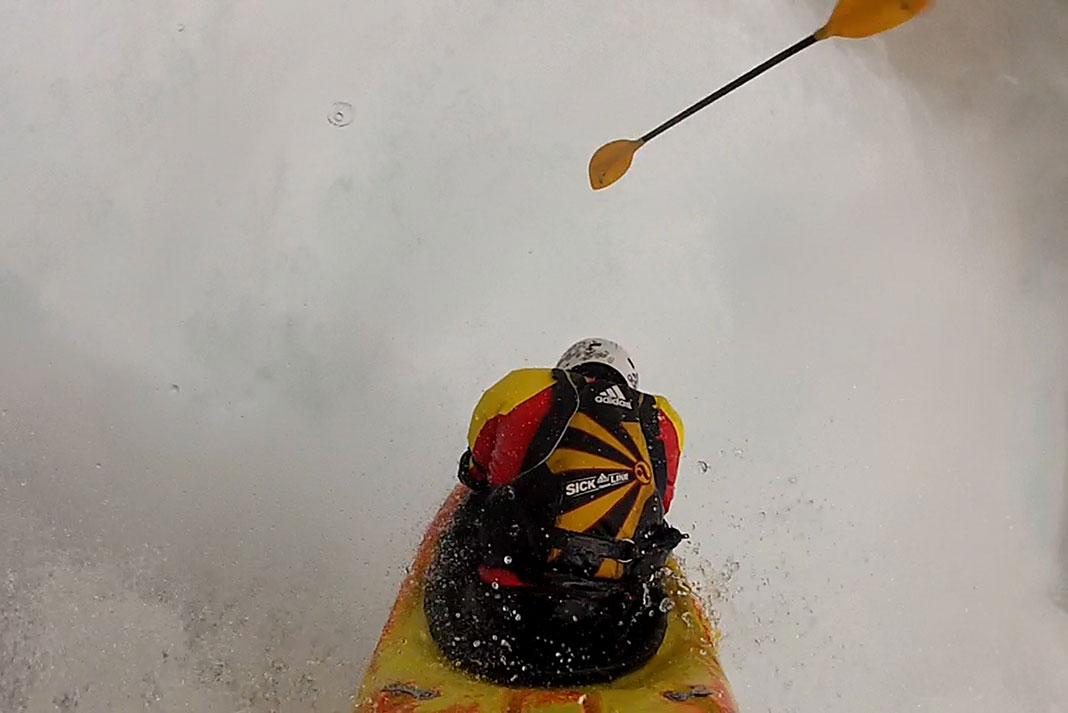 Edge of the Unknown with Jimmy Chin is part of a diverse lineup of four unscripted projects from the acclaimed Vasarhelyi and Chin as a result of their first-look deal announced in 2019 following the success of Academy, BAFTA and multiple Emmy Award-winning film “Free Solo.” The dynamic unscripted slate directed by the pair and produced by their production company, Little Monster Films, includes two feature documentaries, The Rescueand Tompkins, along with Edge of the Unknown with Jimmy Chin and a series titled Photographer.

Edge of the Unknown with Jimmy Chin is produced by Little Monster Films for National Geographic. For Little Monster Films, Pagan Harleman and Anna Barnes are executive producers, and Gene Gallerano is supervising producer. For National Geographic, Chris Kugelman is executive producer, and Matt Renner is vice president of Production. Alan Eyres is senior vice president of Production and Development.

Founded by Academy Award winners E. Chai Vasarhelyi and Jimmy Chin, Little Monster Films is a full-service production company committed to telling character-driven stories underneath the backdrop of thrilling and otherworldly visuals. Working in both the unscripted and scripted arenas, their mission is to capture humanity at its best, aiming to reflect a diverse world both in front of and behind the camera, they strive to present grounded narratives with intensity and depth while showcasing the extraordinary among us and the power of what we can individually achieve.

Elizabeth Chai Vasarhelyi and Jimmy Chin are the directors and producers of the Academy Award- and BAFTA-winning film Free Solo from National Geographic Documentary Films. The film earned the highest per-screen average of any documentary during its opening weekend (Sept. 28, 2018) and took home seven Emmy Awards in 2019.

Chin is a professional climber, skier, mountaineer, longtime member of The North Face Athlete Team and National Geographic Explorer. Consistently over the past 20 years, Chin has led or participated in cutting-edge climbing and ski mountaineering expeditions to all seven continents and made the first and only American ski descent from the summit of Mount Everest. He is also a filmmaker and National Geographic photographer. He has worked with many of the greatest explorers, adventurers and athletes of our time, documenting their exploits in the most challenging conditions and locations in the world. Vasarhelyi and Chin’s 2015 documentary, Meru, won the Audience Award at Sundance and was nominated for best documentary by the DGA and PGA. Meru was also shortlisted for an Oscar.