Algonquin Park. Just the name conjures up images and emotions that resonate deep within the soul of many thousands, maybe millions, of Canadians. The impact may be most apparent in our response to the howl of a timber wolf on a moonlit night. But not everyone understands the language this landscape speaks, only because they haven’t been there, and it’s not obvious from afar. Algonquin is not a place of spectacular scenery, with towering mountains or cascading waterfalls, forbidding coastlines or endless vistas— “What is it about Algonquin?” asks an outsider. The question very nearly defies response. 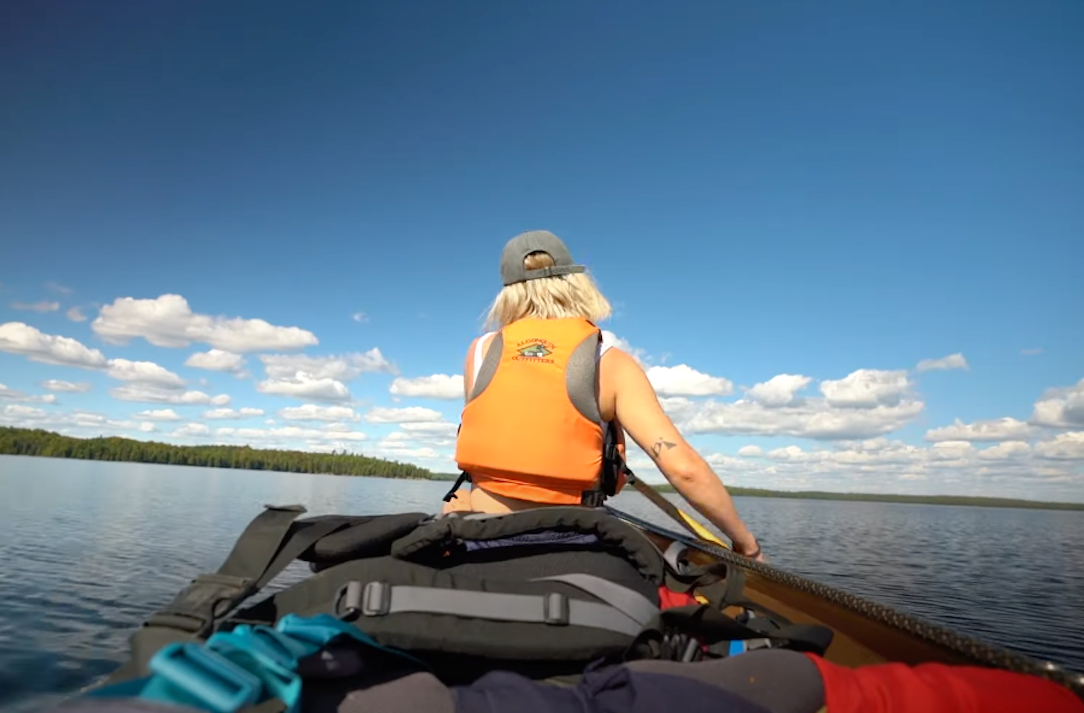 Algonquin Park: Where it all began

On a bright, crisp autumn day, with my vintage 1928 Peterborough cedar-canvas 15-footer on my shoulders—the old way, with two paddles lashed down to the centre thwart to bear the weight—I wend my way along the forest path, stepping blithely on fallen leaves that have laid out a thick carpet of crimson, gold, orange, scarlet, damson and butter yellow on what was once an Aboriginal portage. The sun’s rays penetrate through the upper canopy and down to the forest floor for the first time in months, and a thick, rich aroma of the deep woods rises to my nostrils. I move slowly, all my senses overactive.

For me, the portage here is part of the pleasure; it’s not like trips on some of the far north’s wild rivers, where a carry around an unshootable set of rapids seems a nuisance and a chore, often a heavy toil, little more than a delay before getting back into the current. Walking through these woods is a vital part of understanding Algonquin.

An intergenerational relationship with the park

Canoeing Algonquin takes me back to my roots. As a young lad growing up in Toronto in the 1950s and 1960s, we went north in the summer. I think my parents took me to Algonquin for the first time when I was only two. Though I don’t actually remember it, I went for my first ride in a canoe on one of Algonquin’s lakes.

My mother knew them well; she had paddled here as a young girl in the 1930s. As did my grandfather—the original owner of my treasured old Peterborough—before her. It’s like that for a lot of my generation in Ontario. So when we began to take canoe trips of our own, it was only natural to go to The Park as we called it, for in our minds there was none equal. Algonquin, for us, was the beginning of an important part of our lives.

In the decades since, I have been to Algonquin countless times, not unlike most Ontario paddlers. It is our collective favorite, though for each of us it offers something different. The Petawawa River has its devotees, including George Drought, who knows it well enough to have written a guidebook. His praise is unequivocal: “For beauty and quality of rapids, the Petawawa outshines everything else in Ontario.”

For others, it is the traditional routes that loop north from the Highway 60 corridor: Canoe Lake, Big Trout, the Otterslides, Opeongo, all the oh-so-familiar names. There are 2,500 lakes in all, with 1,600 kilometres of canoe routes and 3,000 prepared campsites. 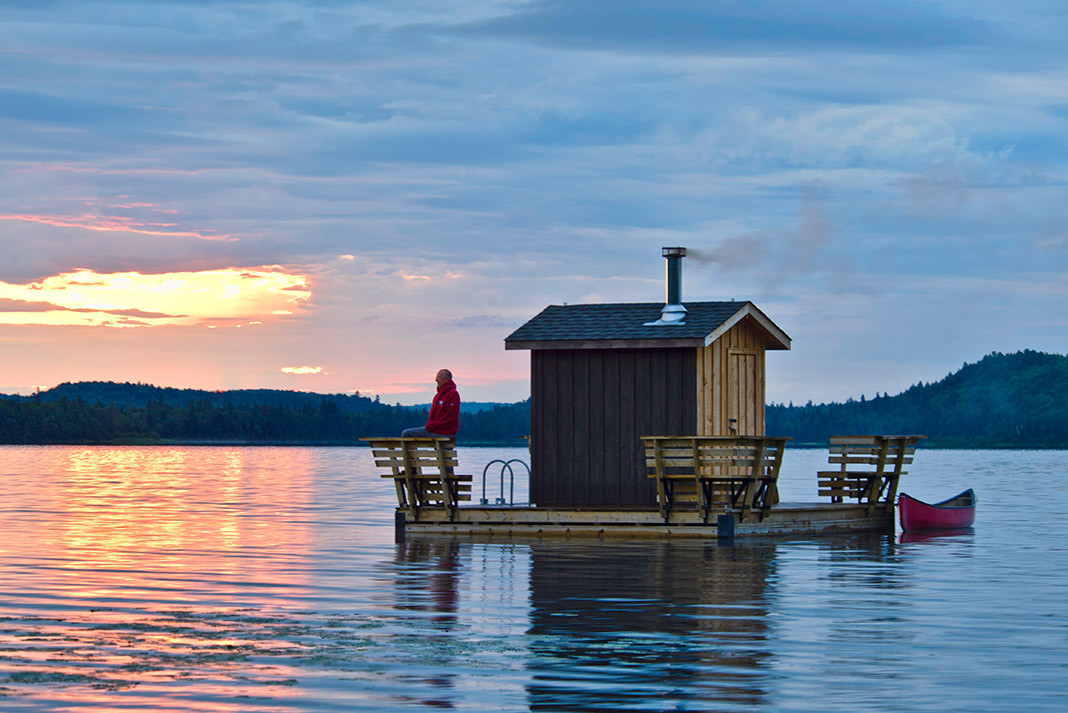 19 Rustic To Classic Lodges And Resorts Near Algonquin Park

You don’t have to work hard or travel far in order for Algonquin to bestow its gifts. It was Pierre Trudeau who wrote: “Travel a thousand miles by train and you are a brute; pedal five hundred on a bicycle and you remain basically a bourgeois; paddle a hundred in a canoe and you are already a child of nature.”

In Algonquin, you don’t even need to go that far. That’s why it remains the smaller, less-travelled lakes that draw me back. That’s where I find peace. That’s where I see an old-growth white pine so large it takes four of us to link hands around its girth. That’s where I feel the bond to wild places that stirs deep within us all.

At home in Algonquin

For those who know it, the park provides that primeval connection. It is a steady, reliable friend—a place that is always there waiting for your next visit, a place that never disappoints. Ralph Bice, in his nineties, the last of the park’s old-time guides and trappers, summed it up nicely: “Anyone who knows Algonquin Park will be disappointed when they get to heaven.”

With thoughts like that in mind I reach the end of the portage through the autumnal forest, swing the canoe gently down from my shoulders to straddle the border between water and land, and stand there in the refreshingly cool air coming off the lake, taking in the view. It is a tiny, picturesque lake—like a painting by Lawren Harris—with only one campsite, on a rocky point, and it looks empty. I’ll be alone, as I’d hoped. An unseen loon’s tremulous call adds his welcome from across the way. I feel at home…in Algonquin…where it all began. 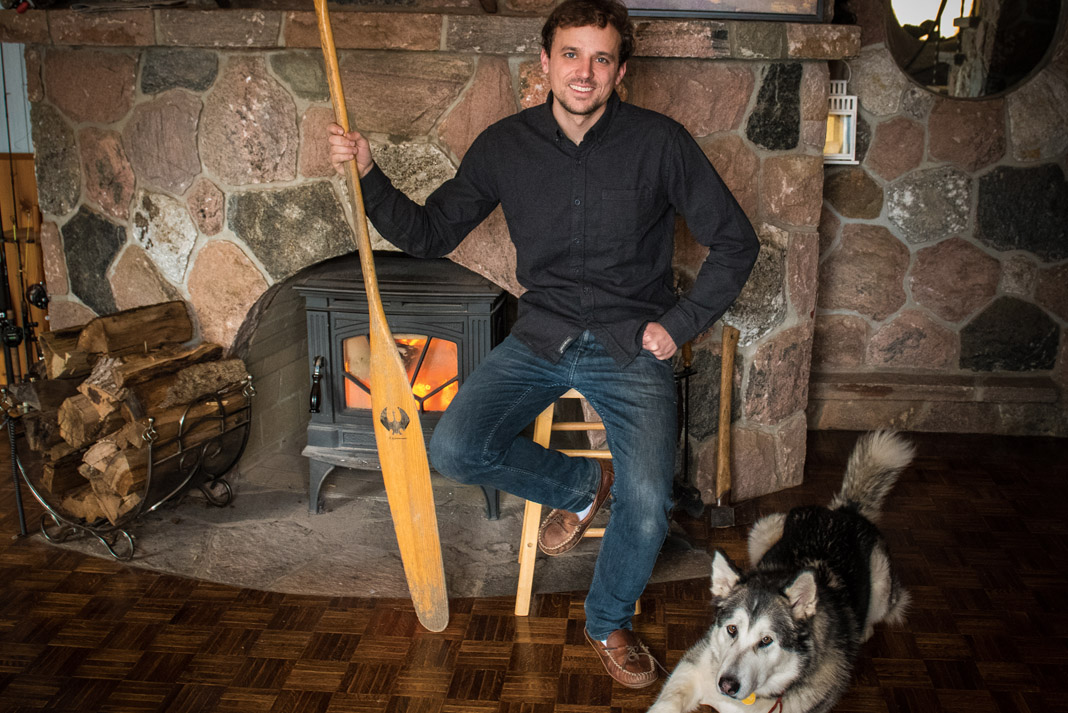 This is an excerpt from a longer story by David Pelly in Paddle Quest, published by Boston Mills Press. Pelly is also the author of Thelon: A River Sanctuary, a biography of a northern wilderness, and most recently Sacred Hunt: A Portrait of the Relationship between Seals and Inuit, published by Douglas & McIntyre/Greystone.

This article first appeared in the Summer 2002 issue of Canoeroots Magazine. Subscribe to Paddling Magazine’s print and digital editions, or browse the archives.