It was a slow Saturday morning and you could feel the vibe of concern and focus—Jacob’s Ladder is half a mile of whitewater many people wouldn’t attempt to run, let alone race on. Paddlers were talking about lines, holes to avoid, and most of all gate two.

Gate two is the crux of the whole race—a tough ferry across the raging current above a feature called the Rock Drop. You have to get to the other side of gate two in order to not be penalized with more time on your run. After a meeting and some interviews for a video, the paddlers hopped onto the shuttle bus to head up to the race. During the drive, conversations were amongst the small group of Elite Division paddlers, but after turning the corner toward Jake’s, people started peering upstream.
Whistles, yells, and deep stares filled the bus for the brief second that you can see the whole rapid, top to bottom. It was as if they were seeing it for the first time, though at this point, most had lapped it multiple times, more than many would hope to do in a lifetime.
After a moment of silence for those we have lost on the river, there were deep exhales and stretches, as paddlers got ready. The first to paddle officially in the race were the Wild Cards who qualified for the race by placing top five in the Expert Division race on Thursday.
Paddler after paddler launched off the Red Bull ramp at the start of the race and everyone watched to see which lines were effective, to see who hit and who missed the move at gate two.

After all of the athletes went through, it was tough to tell who had run the best lines, and it wasn’t until the award ceremony in Crouch that we would hear the results.

Dozens and dozens of kayakers gathered around for the awards ceremony and, as the sun set, Jules Domine was crowned King of the 2014 North Fork Championship. A huge roar from the crowd made it ever so special for this paddler to receive his title and winnings.

For the third year in a row, the North Fork Championship has told a unique story. This time around it ended with Domine, who only paddled Jacob’s Ladder during the race—no practice laps required. Katrina Van Wijk also raced this year as the first female competitor in the Elite Division.

The community and joint effort of every volunteer and member of the crew made this event what it is and what it will be for years to come, a unique and utterly raw race, the biggest and most full on of its kind. 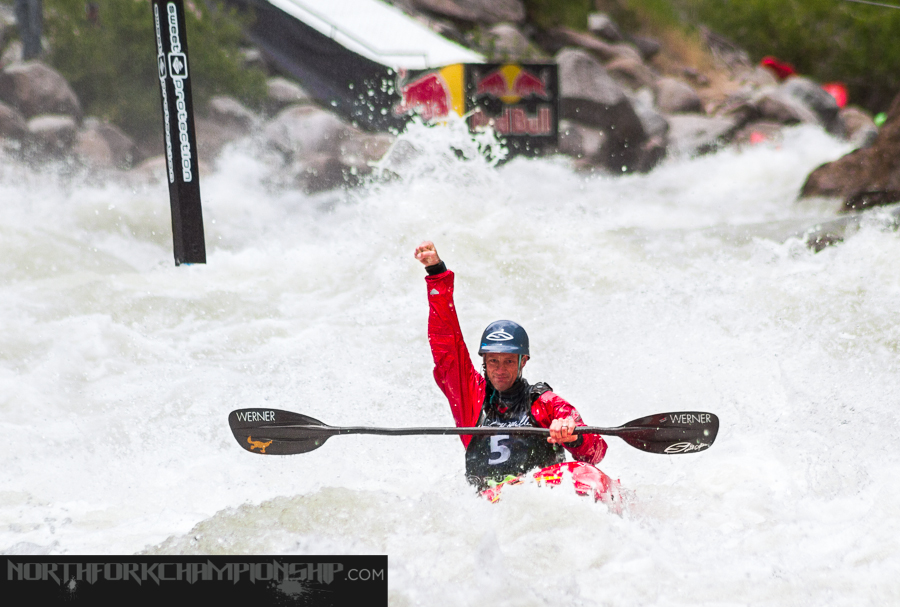 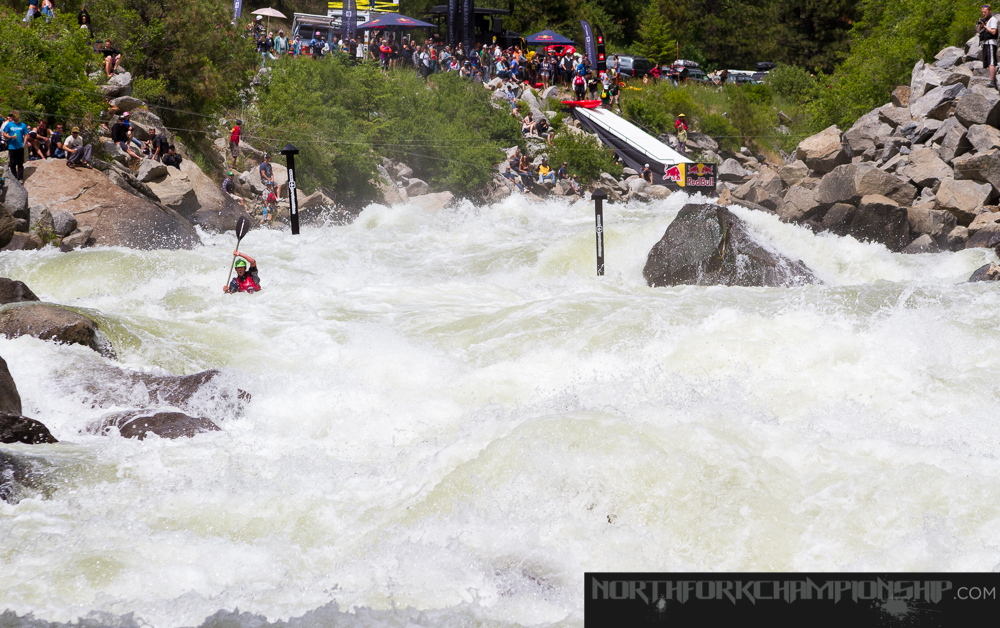 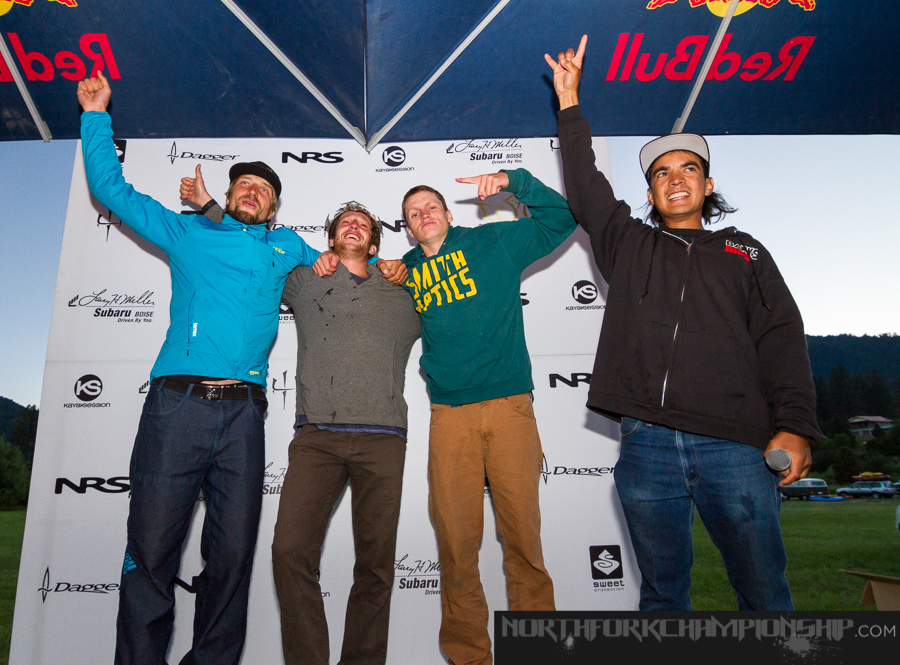 Click to see results from the 2014 North Fork Championship.

John Webster is a professional adventure photographer based in Boise, Idaho. He has a degree in Communication with an emphasis on video from Boise State University. Passionate about the outdoors, John shares his experiences through the medium of digital photography. You can check out his work atwww.webstermediahouse.com or at Webster Media House on Facebook.