Snake River named America’s most endangered river of the year

‘Brainwaves’ Explores The Connection Between Kayaking And Mental Health

On April 13, 2021, American Rivers named the Snake River America’s #1 Most Endangered River of 2021, pointing to perilously low returns of Snake River salmon and the urgent need for lawmakers and communities to come together to develop a comprehensive economic revitalization plan that not only invests in salmon recovery and honors national obligaions to Native American tribes but also invests in clean energy, agriculture, technology and tourism.

“The America’s Most Endangered Rivers report is a call to save rivers in need of urgent action,” said Tom Kiernan, President of American Rivers. “We’re facing a critical choice on the Snake River. We can either stay with the status quo, which means failing salmon runs, more costly ligitation, increasing energy insecurity and broken promises to tribes. Or we can choose to invest in salmon recovery and infrastructure solutions that create a future of abundance and prosperity for the region. We think the choice is clear and we’re calling on the Northwest congressional delegation to take action now.”

Once the largest salmon producer in the Columbia River Basin, today Snake River salmon runs are at the brink of extinction. The loss of salmon is a crisis for the entire web of life, from black bears to Southern Resident killer whales. It is also an existential threat to Northwest tribes who depend on the fish for their cultures and identities.

“Salmon are critical to the cultural lifeways of Columbia-Snake River Basin tribes, like my own people of the Confederated Tribes of Warm Springs, Oregon, and are integral to regional identity, economies, and even the orcas and the Puget Sound,” said Alyssa Macy, CEO of Washington Environmental Council / Washington Conservation Voters. “Removal of the four dams is a once-in-a-lifetime opportunity for salmon restoration that will benefit Tribal Nations, local economies, environmental ecosystems, and the Southern Resident Orca population for generations to come.”

Scientists say that removing four dams on the lower Snake River in eastern Washington must be part of a Snake basin salmon recovery plan. It is estimated that by 2080 the Snake River Basin will provide two-thirds of the coldest, most climate resilient stream habitats for salmon and steelheadon the West Coast. Congressman Mike Simpson (R-ID) has proposed a $33.5 billion framework to remove the dams, recover salmon, and revitalize the region’s infrastructure and economy. 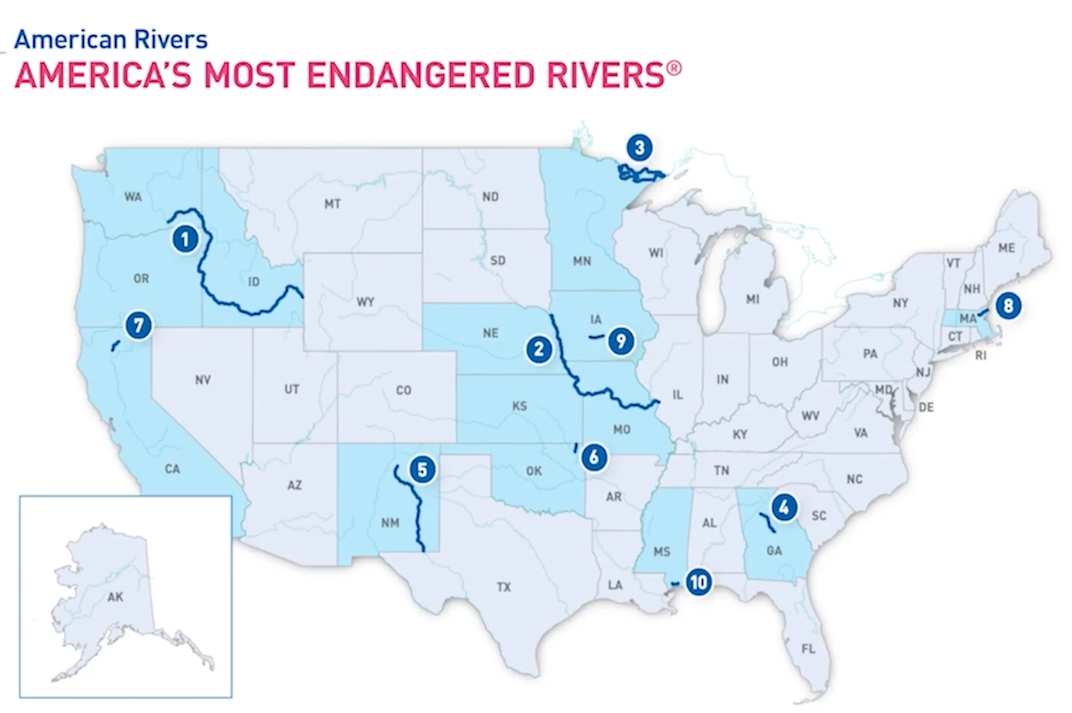 investments to replace the dams’ energy, transportation and irrigation services. This critically important legislation must be included in President Biden’s national infrastructure package.

“A well-crafted, comprehensive solution would benefit the nation as a whole by saving iconic salmon and Souther Resident orcas, bolstering clean energy and strengthening the economy of one of the most dynamic regions in the country,” Kiernan said.

Salmon are at the heart of the cultures of Northwest Native American tribes, integral to religion, identity and physical sustenance. Abundant returns of salmon are also critical to local economies, driving lucrative fishing, recreation and tourism.

Wild salmon returns plummeted by over 90 percent following construction of the four federal dams on lower the Snake River. In recent years, fewer than 10,000 wild Chinook salmon have returned to spawn. Today, 13 Columbia-Snake salmon and steelhead populations are protected under the Endangered Species Act. Scientists believe that all four salmon and steelhead populations in the Snake River Basin will go extinct without urgent action.

The threat posed by the dams is exacerbated by climate change, which is warming up the Snake River and making conditions even more dire for salmon. In 2015, for example, 96 percent of the Snake River sockeye died trying to navigate through lethally warm waters to cooler tributaries and spawning grounds upstream. While the dams are heating up the major river thoroughfares for salmon, scientists estimate that the essential habitat above the dams will continue to provide clean, cold water.

The annual America’s Most Endangered Rivers report is a list of rivers at a crossroads, where key decisions in the coming months will determine the rivers’ fates. Over the years, the report has helped spur many successes including the removal of outdated dams, the protection of rivers with Wild and Scenic designations, and the prevention of harmful development and pollution.

[ Read more: Why Your River Is Worth More Than The Sum Of Its Parts ]

Other rivers in the region listed as most endangered in recent years include the Puyallup River (2019), Green-Dwiamish and Willamette rivers (2018) and the South Fork Skykomish and Green-Toutle rivers (2017).

AMERICA’S MOST ENDANGERED RIVERS OF 2021

Paddling Magazine is upping the stakes in 2022 and we’re awarding prizes to the best user-submitted videos!