The paddlesports industry has been taking fire on all sides in the 18-month-old trade war, but one segment of the paddling business has finally caught a break. Certain inflatable kayaks, canoes and paddles have been excluded from a list of Chinese imports subject to tariffs, according to the Office of the U.S. Trade Representative (USTR). The exemptions come thanks to petitions filed by Sea Eagle boats, with the strong backing of the National Marine Manufacturers Association (NMMA).

“We filed our applications in the first 90 minutes after the exclusions website opened up in June,” says Sea Eagle co-owner John Hoge. “Consumer inflatable kayaks are not produced domestically, so we could make a good case that tariffs could only hurt American jobs.”

The feds agreed, issuing on August 7 tariff exemptions for inflatable kayaks and paddles. These exclusions are hard to come by. The USTR has received approximately 60,000 applications for exclusions to the so-called Section 301 tariffs on $250 million in Chinese imports, and has approved just 437 to date.

[Discover the best inflatable kayaks in the Paddling Buyer’s Guide]

The exclusions are good for one year from the August 7 announcement date, and are retroactive to the date the tariffs took effect last September. That means Sea Eagle and other companies can recover the tariffs they’ve paid over the past year. All they have to do is ask, and cut through a forest of red tape. While the government makes it easy to pay customs fees—importers give them an account number and they help themselves to the money—refunds are another matter.

“There’s a lot of paperwork, and you have to pay a customs broker has to do most of it,” Hoge says. “It’s painful to pay money to get your own money back.”

The tariff exemptions include “kayak paddles, double ended, with shafts of aluminum and blades of fiberglass reinforced nylon,” and “inflatable kayaks and canoes, with over 20 gauge polyvinyl chloride (PVC), each valued at $500 or less and weighing not over 22 kilograms.”

Both products are staples for Sea Eagle and many of its competitors, Hoge says. “I know that other people in the industry are going to benefit from this, and I think that’s great. We will compete based on our products and our service and our design.”

[Discover the 9 best inflatable kayaks and rafts for 2020]

Other Chinese paddlesports products remain subject to tariffs, including hardshell kayaks and canoes, now subject to a 25 percent tariff set to increase to 30 percent on October 15. Because there’s a strong U.S. manufacturing base for hardshell kayaks and canoes, those products don’t meet the requirements for tariff relief. American-made boats exported to the European Union are subject to a 25 percent tariff imposed in June 2018 in retaliation for U.S. duties on steel and aluminum.

The Trump administration’s newly announced List 4 tariffs on an additional $300 billion in Chinese imports target a host of paddlesports products, from kayak pedal drives to standup paddleboards and even life jackets. The tariff on these items currently stands at 15 percent.

Hoge says he’ll apply for List 4 exclusions as soon as the process opens. The USTR has not said when that will be, but tariff watchers expect an announcement in the next few weeks.

Hoge is optimistic that inflatable SUPs could receive an exemption for the same reason kayaks did. They’re not made in the United States and never have been, nor are they part of China’s long-term strategic plan. “I doubt [Chinese President] Xi Jinping knows what a kayak or standup paddleboard is,” Hoge says.

The life jacket tariff is no laughing matter, however. According to U.S. Coast Guard data, more than 80 percent of drowning victims in the United States last year were not wearing life jackets. If tariffs drive up the cost of life jackets, fewer paddlers and boaters will use them.

“We know, without a doubt, that 80 percent of people that drown or perish in a boating accident were not wearing a life jacket,” he said. “Highly wearable devices are the ones that save lives, and the tariffs would harm those products even more than lower cost items.”

Eighty percent of life jackets sold in the United States are made in China. There’s no U.S. life jacket industry to speak of, and other producing countries lack the capacity and expertise to rapidly fill the gap.

A tariff on life jackets won’t create American jobs, but it will likely cost lives.

“I think it’s terrible that government would do something to discourage purchases of vital safety equipment,” Hoge says. “I think everyone in the industry should be calling their congressmen and senators to ask them to support safety and remove PFDs from the tariff list.” 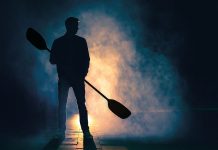 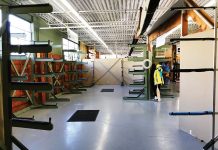 What To Do When There’s Nothing to Sell 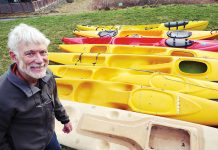 Tim Niemier’s Quest To Put A Billion Butts In Boats