X
2022 Rapid Media
Home Columns Butt End Would You Rather Be Paddling With People Or Bears? 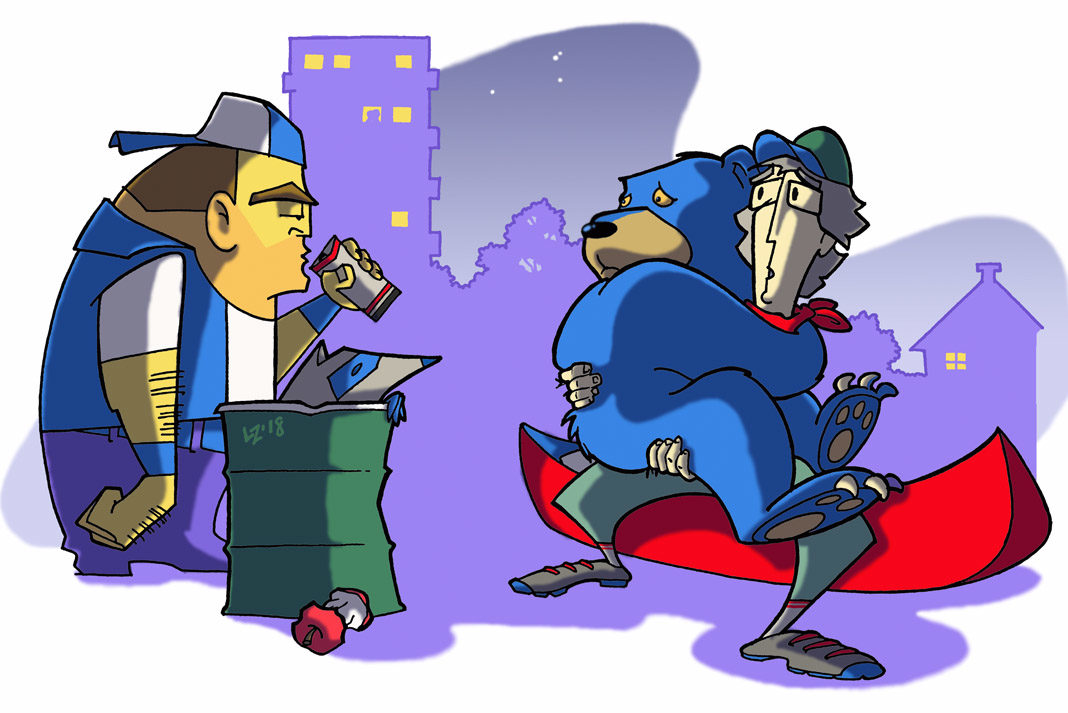 I Was Raised In Southwestern Ontario And I Spent My Teens Paddling Local Rivers There. However, for the last 30 years, I’ve become acclimatized to canoeing rivers in the far north where it’s rare to see other paddlers, let alone signs of development along the banks. My recent 300 kilometers down the length of southwestern Ontario’s Thames River was a totally different type of canoe trip.

Campsites along the way were a mixed bag. I pitched my tent on farm fields and backyards. I even spent a night in a king-size bed of a fancy hotel. I packed a bike lock to secure my canoe and carried my own drinking water for the entire eight days.

With the river water said to be undrinkable due to agriculture runoff, I was reminded of how comparatively safe and comfortable I am traveling in wild, remote places in the far north.

Bears and bad weather can be menacing

People, however, can be down right freaky. On my sixth day the river was constantly twisting and turning and a heat wave made paddling farther unbearable. I’d been on the river for nine hours, making my way through a section the voyageurs referred to in their journals as a “respectable ditch” due to the high, clay banks.

I would have preferred to set my tent up in a farmer’s back woodlot amongst the cow patties and stinging nettle. Instead I obtained permission to stay the night along a Highway 2 park just upstream from the small town of Thamesville. It’s an historic spot with a plaque commemorating the War of 1812 and the death of the great Chief Tecumseh.

I locked my canoe to an old willow and clambered up the muddy bank with my packs to pitch my tent on the freshly mowed lawn. There were picnic tables, charcoal BBQs and a portable plastic toilet. And there were people. Lots of people.

I had a week-old beard, smelled of wood smoke and bug dope. Still, I was a popular attraction. Everyone wanted to know where I was going. While I cooked dinner on my butane stove I visited with a Mennonite family on their way home from market. Closer to dusk I met a teenage couple who came to make out. I met some guy looking to hook up. They all shared stories of life along a southern river.

Darkness came late and eventually the crowd dispersed.  Except for one. A tall husky man in a black leather jacket, torn Wranglers and snakeskin cowboy boots jumped out of his lifted Ram pickup and limped over to the picnic table directly beside my tent.

When He Started Rambling About The Ku Klux Klan And His Firearm Collection I Started To Get Nervous. During my travels in the remote north I’ve dealt with my share of misadventures. I’ve been stormbound on the north shore of Lake Superior.

I’ve been stalked by a predacious black bear on a portage in Woodland Caribou Park. And I’ve been unsure of my whereabouts along the shore of James Bay. There were some anxious moments. But I’ve never once felt more concerned about my welfare than with this card-carrying member of the NRA.

For the first time after thousands of miles on hundreds on routes and months under the stars, I felt vulnerable. The more I ignored him and went about my business packing up for the night, the more he ranted about the rise of “white power” and the stupidity of “Goddamn communist gun control”.

When darkness finally set in, I caught him reaching into his jacket pocket. Dreams of rivers never paddled flashed before my eyes. I was holding a plastic spatula as he was reaching for a pistol. I was going to die right here at the memorial for the Battle of the Thames.

Instead he drew from his pocket a king can of Budweiser. Before he had a chance to pop the top he swatted at his neck. Then again. And again.

The Very Bloodsucking Insects I’ve Cursed In The Wilderness My Entire Adult Life Were Coming Out To Feed.They were coming to my rescue.

A few minutes of cursing and swatting at mosquitos the man retreated to his truck and sped off in a cloud of gravel dust taking his unopened can of Bud with him.

I spent the rest of the night curled in a fetal position inside my nylon shelter, grasping my camp knife. Lying there waiting for the sun to come up I wished I was camped on a nice piece of northern granite surrounded by Boreal wilderness—safe and sound.

Kevin Callan is the author of 17 paddling and camping guidebooks. 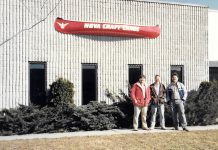