The term dirtbag carries decidedly negative connotations of unshaven, good-for-nothing drifters and vagrants, contributing little to society. Whitewater paddlers however, know that being a dirtbag is a mark of pride. Spending as much time as possible at the river’s edge, prioritizing paddling above all else and doing it all on a shoestring makes for an afternoon, weekend, summer or life well-spent. Whether you already are a soggy, bonafide dirtbag or a new paddler looking to embrace our unique culture, here is your guide to getting the most for the least out of the river life—on and off the water.

A is for Al Fresco.

Italian for “in the open air,” al fresco is the umbrella term for most activities a dirtbag paddler undertakes. From spending all day eddy-hopping on rivers to communal parking lot dinners at the take-out to sleeping outside, dirtbags are at home in the great and wild outdoors.

B is for bootie beer.

The beer consumed from a sodden, manky booty at the take-out is the ritual friends never forget about when you swim. It may be unhygienic and a less-than ideal way to enjoy your hard-earned cold one, but for all the protesting and grimaces, everyone loves how it makes them feel like they are part of the paddling community.

is also for broke.

is for creativity, the indisputable cornerstone of the dirtbag paddler’s life. From figuring out how to carefully engineer a schedule that allows maximum river time to problem solving ingenious quick fixes for busted gear, the ability to approach obstacles creatively is the requisite attitude.

is also for couch.

Specifically someone else’s couch, someone who you may not have known yesterday, someone who may wish they didn’t know you in four days, someone who would appreciate you mowing the lawn while they are at work or making dinner for them when they arrive home or replacing the beer in the fridge that you drank before you went to sleep—on their couch.

is for Duct Tape.

Invented during World War II, American soldiers used the tape for all kinds of tasks, including fixing broken windows and as makeshift bandages. Post-war, it was used to hold ventilation ducts together, hence the moniker duct tape. Today it is cloth or scrim-backed pressure-sensitive tape that is an indispensable life tool for the paddler.

Duct tape can be used to:

If that’s not enough to satiate your duct tape passion, you can always road trip to the annual Duck Tape Festival in Avon, Ohio, while blasting 1998 hip-hop album Duck Tape’n by Michael “Prime Time” Williams.

is for employment insurance.

Known in some jurisdictions as unemployment insurance, this social assistance program provides benefits to those who have lost their jobs through no fault of their own, like work shortages and seasonal layoffs (see R for raft guiding). Employment insurance is most commonly used by paddlers and their distant cousin the ski bum while in their mid-twenties as a safety net between education and a real job. Tolerate the minimum amount of gainful employment required to qualify, paying into the system and then enjoy blissful weeks of paddling at a percentage of your previous income. Rapid Media would like to be clear that we do not condone defrauding the government. Dishonestly using employment insurance is illegal and has serious consequences. However, it may also be your only chance to paddle for the national kayaking team. Think of it as a sponsorship.

is also for empties.

Some skeptics see empty beer bottles when taken individually as almost worthless in today’s economy. Not so fast, dear dirtbag. Imagine you spend a week camping at the river with six friends, who each consume only four bottles of beer per day. At the end of the week, returning those 168 bottles in a state like Oregon will net you $16.80, a sum that can treat you to the following:

F is for funemployment.

While funemployment is a perfect fit for the kayaker who wants as much time on the river as possible, it’s not all endless days boofing and letting your feathery mullet blow in the wind. It requires hard work and cubicle monkey-like tasks.

13% Managing budget—Deciding whether the week will bring PBRs or cheese.

22% Communications—Posting photos and videos of epic adventures to social media.

Because river bums need to find love, too.

H is for hoods of cars.

The sturdy hinged cover for the engine is like a multipurpose piece of furniture for paddlers’ outdoor living rooms. Dinner table? Yes. Place to spread wrinkled maps and chart the next day’s route? Check. Drying rack? But of course. And don’t forget, the hood of a car is the classic place to view the nighttime light show playing at whatever river you’re calling home.

H is also for hitchhiking.

The green and social way to get to and from anywhere. Increase your potential for getting picked up by packing a dry bag of semi-respectable clothes in your kayak and smiling big. Going further than the put-in? Never take a ride that isn’t going to at least the next town, never walk away from a town and hide your boat in a ditch.

I is for inside-out underwear.

You know you do it, too.

J is for jamming.

As in playing guitar around a toasty campfire clad in down booties or on the back of a raft floating through a steep-walled canyon at sunset.

Our favorite songs to jam to include:

K IS FOR KETCHUP SOUP.

L is for leaving your shit everywhere.

Literally everywhere. As in all over, like a bomb went off in the van. What is it with paddlers?

m is for mullet.

“You want to know what’s a mullet? Well I got a little story to tell about a hair style, that’s a way of life.” -From “Mullet Head” by the Beastie Boys

This versatile haircut featuring a close-cropped crown and luxurious locks trailing down the neck is the true dirtbag hairstyle, largely because it’s difficult to find meaningful employment once you grow one.

While the mullet is found on hungover raft guides and waterlogged river bums coast to coast, the haircut that makes you look like an NHL third round draft pick or 70s lounge lizard goes way back. In Mullet Madness!: The Haircut That’s Business Up Front and a Party in the Back, Alan Henderson explains that archaeological evidence in fact confirms the mullet’s existence in ancient Mesopotamia, Syria and Asia Minor. Hittite warriors in the 16th century BCE sported haircuts similar to the mullet, as did Assyrians and Egyptians.

When famous figures like Paul Mc- Cartney, Ziggy Stardust and Chuck Norris have all rocked the mullet, we think it’s clear what your next hairstyle choice for the river should be—as long as those rivers aren’t in Iran. The Iranian Ministry of Culture and Islamic Guidance banned the hairstyle in 2010 in an attempt to rid the country of “decadent Western haircuts.”

n is for nudity.

It’s hard to avoid nudity when you have to get into a new outfit at each end of the river. Be careful and keep your dangly bits out of view of the general public. Of all the amazing stories you could have about getting arrested for being naked, getting changed into a Gore-Tex suit is not the one you want to tell.

o is for “Officer.

I was just getting changed to go kayaking, I swear.” See N, above.

p IS FOR PASTA.

In the 1300s, dried pasta became a popular choice for those embarking on lengthy ship journeys because of its long shelf life. More than 700 years later, whitewater paddlers are still on board with the filling, delicious and cheap river staple that can feed a crew of hungry paddlers for less than $8.

q is for quit your job

…and go to the river.

R is for raft guiding.

If there is one job to keep you living the river lifestyle, this is it. Guide excited clients down rapids by day, party with like-minded paddlers by night and explore new rivers on your days off. To avoid having to go on employment insurance (see E), explore southern places you can raft guide during the northern hemisphere’s winter

s is for showering anywhere.

It seems dirtbag paddlers may be onto something. While mainstream society sees regular showering and the frequent use of soap as a requirement for successful adulting, too much cleanliness can in fact be a very real health risk. Over-cleaning of your skin can cause cracking, increasing exposure to germs and infection. Too much shower time can also reduce the amount of oil on the surface of your skin, decreasing important immune-supporting bacteria.

While this is great news for the under-showered, for aesthetic reasons and to increase your odds of finding the dirtbag of your dreams, sneak in the occasional shower, even if it means going to the local campground, public pool or truck stop.

t is for tent.

Noun. A portable shelter made of cloth and supported by one or more poles. Synonyms: living room, changing room, office, reading room, master bedroom and logistics control center. If you are going to spend most of your time at rivers, it pays to get a good one. T could also be for truck. Most of the above still apply.

Urban Dictionary defines the unidread as “hair that is matted together to form a single dreadlock consisting of all of a person’s hair.” It is most commonly seen on paddlers who wear a helmet all day during kayaking season and seem to have forgotten to pack their comb and detangler. If you need to deal with a unidread at the end of paddling season, follow these steps.

STEP 3: Cut a ó inch off the dreadlock.

It can be a tricked-out VW with bed, eating and seating areas, or just your mom’s hand-me-down Caravan. The important part is it fits you, your friends and all your precious gear.

W is for “where is my skirt/paddle/keys/helmet?”

Best said at the put-in, while all your friends stare at you in disbelief, paddles in their hands and boats on their shoulders. W is also for WTF dumbass? Are we going out boating?

The former partner who stunned you when they announced they were done after “quick paddles” consistently took 12 hours, you forgot their birthday because you were hunting stouts and who spent their weekends driving shuttle for your soaking wet, thankless kayaker friends.

Seriously. If it’s fallen on the ground, is covered in dirt, has an expiry date from a year you don’t remember or is dripping, you shouldn’t eat it. Get a good cooler, leave it in the shade and clean often.

Catching them anywhere and everywhere. When you spend your days chasing drops and surfing waves, you need to nap wherever and whenever you can find the time. Accepting that any flat surface is an appropriate place to slip into the REM cycle is your first step to being a well-rested dirtbag.

No, really—we mean anywhere. A wooden pallet, a cliff, the trunk of a car or the overturned hull of a creekboat are all great and economical choices. Sweet dreams and see you on the river. 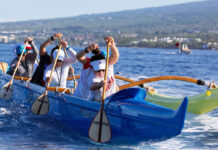 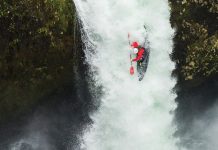 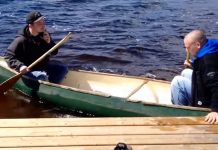 5 Of The Funniest Canoe And Kayak Fails On YouTube