Filming is underway for a series of webisodes that will showcase the love and lifestyle of kayaking. Fans of paddling film web series can look forward to an exciting blend of exotic locales, colorful characters, soulful celebration and offbeat kayak culture when the first installment of Yak About Adventures: Healthy Outdoor Obsessions (YAAHOO) hits the web later this year.

YAAHOO is the brainchild of New Zealand native Jaime Sharp, 32-year-old founder of World Wild Adventures travel company. An ardent sea kayaker, he also loves paddling whitewater and enjoys blurring the line between the two pursuits, a perspective he brings to his films. The first series, “A New Zealand Roadie,” finds Sharp and his film crew spending early 2014 traveling his home country, seeking out local paddling legends and sharing their stories. 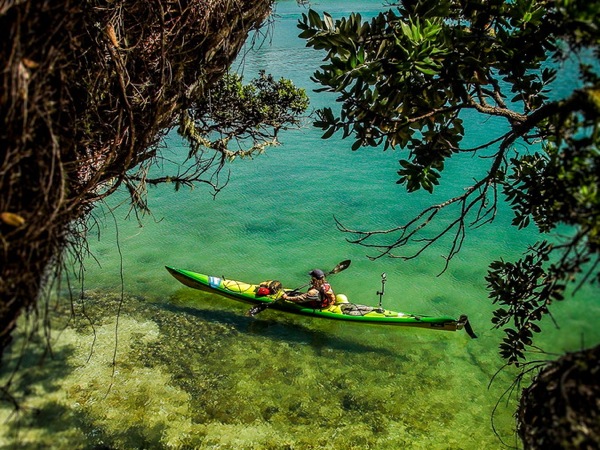 “We’re striving to break the stereotypes—for example, sea kayakers are old grey-bearded men, and whitewater paddlers are young hooligans—by showcasing the varied lifestyles of those who choose to live by the paddle,” he says.

Given how close this project is to Sharp’s heart, it’s fitting that YAAHOO’s first stop is also a homecoming. “I’m seeking to reconnect with my country, my waters, my people and myself,” he admits.

Sharp has launched a crowdfunding campaign on Kickstarter to assist with the estimated $16,000 in expenses it will take to complete the first series. Paddlers can visit the Yak About Adventures Kickstarter page to learn more or make a donation before the January 2, 2014 campaign deadline. Donations of as little as $10 are being sought, with rewards ranging from pre-release viewing of the episodes, a feature film package download and custom t-shirts; to paddles, folding Trak kayaks and even joining the crew in New Zealand for a week of paddling.