Benoit Gendreau-Berthiaume, his wife Magali Moffatt and five-year-old son Mali were in the middle of a 14-kilometer portage and discouragement was setting in.

The trio were on the Grand Portage in the Boundary Waters Canoe Area Wilderness heading towards Lake Superior, and the first six kilometers had taken hours.

Moffatt was feeling extremely deterred about what they had gotten into when Mali walked over and told her he was proud of her. “That’s one of the ways our son was an inspiring motivator,” says Berthiaume.

This wasn’t a typical family canoe trip. When the French Canadian couple began thinking about their eventual return to Quebec following Berthiaume’s PhD in forest ecology at the University of Alberta, they imagined a road trip.

Concerns about their car led them to joke about canoeing home. They looked at the Saskatchewan River route on a map and realized that the joke could actually be a feasible option. “It kind of snowballed from there,” Berthiaume says.

While the logistics of the trip took an extensive year-and-a-half to plan, the main concern for Berthiaume and Moffatt was whether their son would enjoy the canoe trip from Edmonton to Montreal.

In summer 2014 they went on a 10-day trial canoe trip on the Saskatchewan River, a stretch that would make up the first part of the proposed longer expedition. Mali loved it, and plans for the next summer’s adventure were solidified. 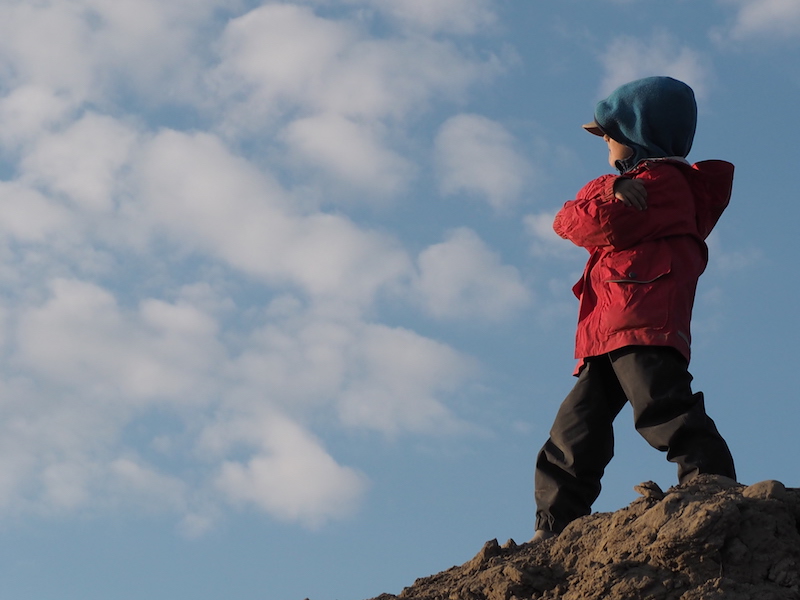 They sold their car and began paddling on the North Saskatchewan River, the start of a journey that lasted five months and saw them crossing 60 lakes, 13 rivers and complete 75 portages.

Spending 147 days in a canoe together was a sharp departure from their routine in Edmonton of daycare and work, an experience that altered their family dynamic. Berthiaume says they truly learned how to work together as a family, and Mali developed a higher level of maturity and greatly enhanced his proficiency in outdoor skills

The family is now working on a documentary titled Paddling Home, a project they hope will inspire other families to pursue outdoor adventures, even if it is just for a few days. They want to show families that it’s not as hard as they may think to organize challenging and fun journeys, and that children—even very young ones—can not only handle it, but they can be the motivators.

Back in the Boundary Waters, the Grand Portage ended up taking the family 12 hours to complete. On that portage and others, Mali’s attitude was key in maintaining positive morale for the family. “He made some of the harder times not so bad.”