There’s no doubt Unleashed has balls. The question is, does it have legs? The brand-new, self-supported, multi-stage kayaking competition is a who’s-who of big water boating. Fresh off its success from the inaugural event in Quebec this past spring, Unleashed is now preparing for its second event in Uganda in January. The invitation-only event is the love child of the SEND crew members, Bren Orton, Adrian Mattern, Dane Jackson and Kalob Grady.

While events like Sickline and the Freestyle World Championships challenge creek boaters and play boaters respectively, Unleashed took a cue from the dearly departed Whitewater Grand Prix (WWGP). Unleashed rolled big tricks, boatercross and giant slalom into one 10-day event, awarding victory to the best all-around kayakers. To no one’s surprise, of the 15 men and five women competing in four stages and battling for cumulative points, Dane Jackson was crowned king in 2017.

With DIY logistics and transparent management, the boys behind the event are keen to keep it simple by eschewing sponsorship, hoping by starting with a low-budget approach this competition can survive to see many seasons. Here the foursome undress Unleashed, revealing the ingredients having made it successful so far.

We did the entire thing self-supported in an attempt to start fresh and see how this kind of thing works. Athletes were responsible for [paying for] themselves and we did everything from the blog posts to online edits. Bren and Adrian were up till 3 a.m. after each stage producing media. —Dane Jackson

Unleashed was strung together with absolutely no budget. Thanks to a select group of competitors who believed in us, we managed to pull off the first event and lay the foundation for what we hope will become the sickest event in kayaking. —Bren Orton 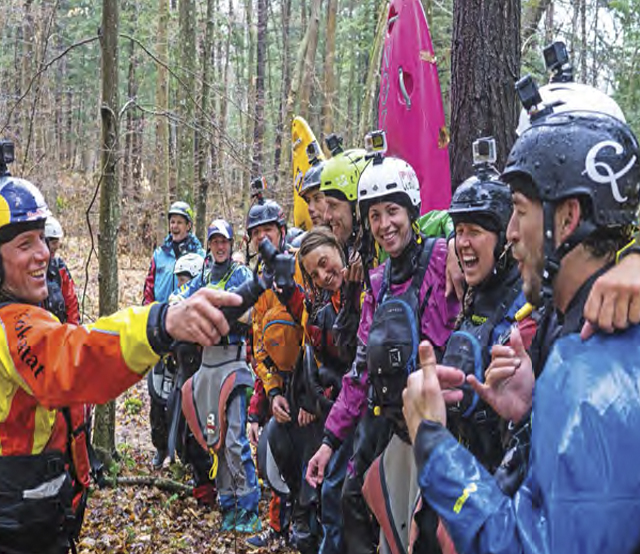 WHAT DOES THE FUTURE HOLD FOR UNLEASHED?

We don’t see Unleashed as just another kayak competition. We see it as a platform to push kayaking to new levels. During the first stage [of the 2017 event] at the Ruins, we witnessed multiple three to four trick combos from top athletes. They were going for it because everyone else was going for it. That’s the atmosphere we are striving for. —Kalob Grady

Where most events have to worry about finding good whitewater sections near a town to make it spectator friendly, we simply got the competitors together and chased the best section or feature the area had to offer, using social media to share the day’s events. Having this freedom allowed us to adapt to the conditions and host events on the best waves or biggest water. —Dane Jackson

IS UNLEASHED JUST ANOTHER VERSION OF THE GRAND PRIX?

We were collectively devastated when the WWGP was cancelled. It provided a unique platform for kayaking to progress. We wanted nothing more than to see the return of WWGP but when the return looked bleak, we decided to step up and hold our own event. —Bren Orton

Unlike WWGP, the organizers of Unleashed did the judging, but we put a lot of effort into making things as transparent and as fair as possible. We agreed on which tricks would score highest and used video replay if needed. There was not a single complaint about the results during or after Unleashed, so I feel we did a fair job. For future events, we aim to bring in impartial judges to ensure the best and most neutral judging possible. 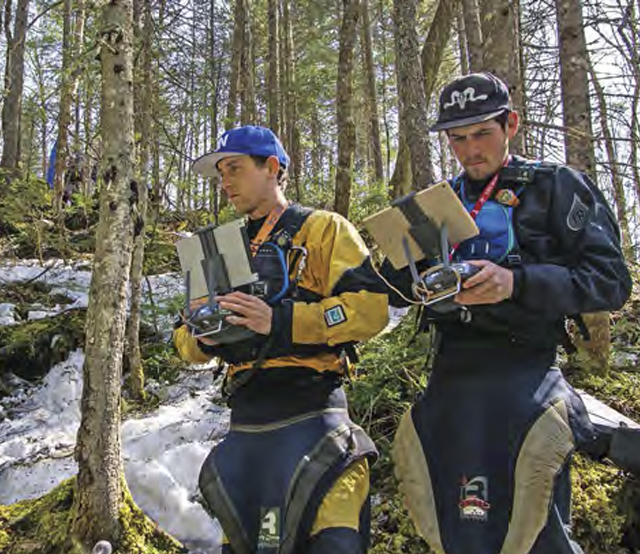 WHY WILL UNLEASHED SURVIVE?

Having four events in 10 days gives us the timeframe to move events forwards or back a day or if water levels will deliver a bigger or better option, or if hazards, such as ice, prevent us from holding an event. —Adrian Mattern

Instead of going big [and needing sponsorship] straight out of the gate, we are starting small by being self-supported, with plans to add on to the event each year. Our hope is as the event grows, we will add on more in terms of athlete support and media coverage, while maintaining a strong foundation and understanding of what’s essential and what’s extra. —Dane Jackson