A review of the P&H Hammer sea kayak by Adventure Kayak magazine.

Three years ago, the P&H Delphin was considered radical. Since then, the pioneering playboat has gained significant traction amongst the traditionally conservative sea kayaking community. P&H Sea Kayaks owner and designer Graham Mackereth admits his design team had no idea the Delphin would be so well received—only a hunch that the timing was right for a sportier sea kayak.

Now, the Delphin has set the stage for an even more radical design, the Hammer—prompting P&H to define a whole new category in their line-up: ocean play.

Given their pedigree—Mackereth founded Pyranha whitewater kayaks in 1971 and acquired P&H in 2003; and designers Rich Taylor and Robert Peerson split their time between modeling kayaks for rivers and sea—it’s no surprise P&H are leading the way in this emerging niche. 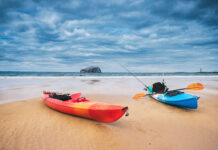 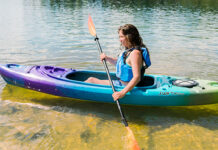 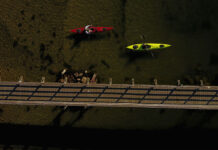