In 1995, I hit the beach in Vancouver after spending 171 days in a canoe. In a moment, it dawned on me: I was ruined for life. The goal—the proverbial pot of gold at the end of the rainbow—was to be the first to paddle across Canada in a single season. Once we succeeded in our mission though, returning from our long-distance expedition was more of a letdown than a victory. The simple and singular day-to-day existence of moving forward through an ever-changing landscape had come to a screeching halt. My purpose evaporated like water particles reflecting and refracting the sun. 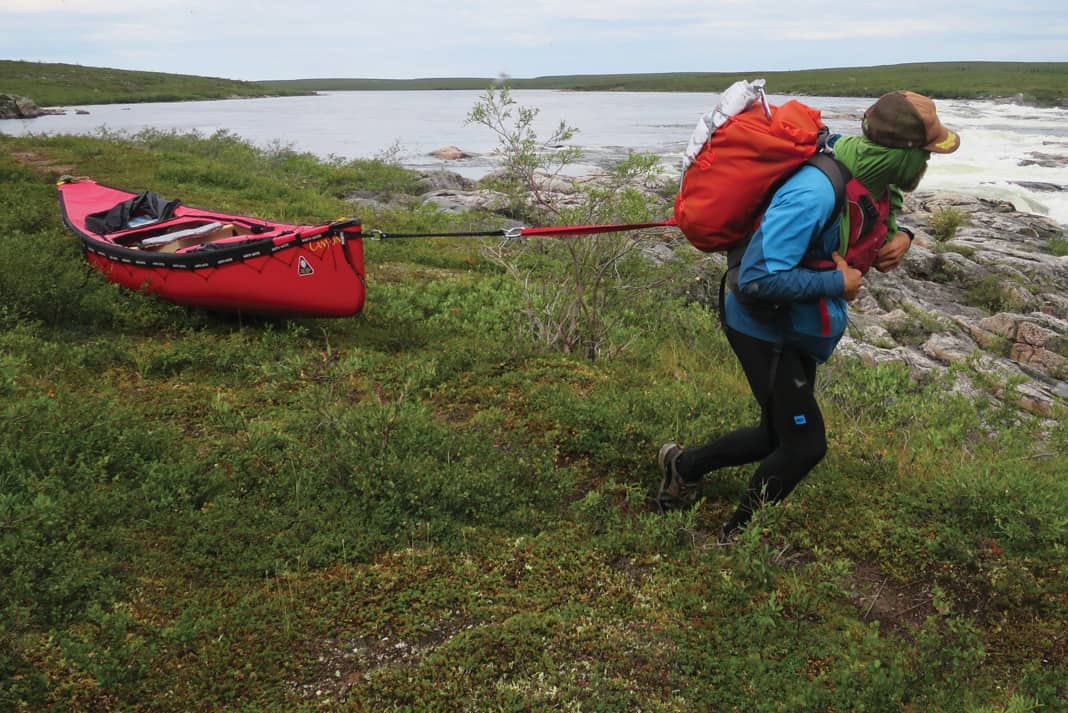 The love and madness of long-distance expeditions

My epiphany was the journey itself was fulfillment, and its completion was just the beginning of an emptiness that wouldn’t subside until I set off again. I was a junkie—I’d had a taste and now I would chase this feeling to my grave.

Since then, I’ve taken extensive wilderness journeys every year, traveling thousands of kilometers by kayak, canoe, bike, ski, foot and rowboat through far-flung corners of the globe. The journeys are low-key, simple and cheap—esoteric routes I’ve put together that aren’t on anyone’s tick list. Sometimes these trips revolve around a greater environmental issue, like an oil pipeline or climate change. If a focus doesn’t rise out of the ether, I just figure out a way to explore somewhere new.

No matter what, I never repeat a route. For me, without that essence of personal discovery and newness to fill my senses, it would fall short of the fleeting, all-immersive state of being I crave.

[ Plan your next long-distance expedition with the Paddling Trip Guide ]

I’ve been asked by those curious about my urban malaise, “Well, why don’t you just keep on adventuring forever, 365 days per year?” The mad answer is an eternal expedition would just normalize into the everyday. These journeys need to be clearly defined with a start and finish point. Their finite nature makes every moment precious and present.

Embracing a life of adventure

I don’t regret this life, but I don’t wish it on anyone else either. There’s no nest egg, no kids, no typical career. Something must be lost for something to be gained. If you’re creative, passionate and lucky, I think you can do at least one long expedition every year you’re on this planet. Though I’ve had dozens of different trip partners join me on these excursions and share my reality throughout the years, they eventually follow a different path while I remain on mine.

How To Complete A Cross-Country Canoe Trip

I bided my time through the darkness of another winter, toiling at my job demolishing yachts salvaged from the sea. With the long days my yearning grows to a crescendo. The spring and summer beckon me into their bright embrace with a pair of fresh journeys. There is no gold waiting at the end of these quests, but I’ll certainly find some along the way.

Frank Wolf took this photo in 2021 near the village of Kyuquot during a 1,320-kilometer kayak circumnavigation of Vancouver Island. Combined with a previous 900-kilometer expedition around Haida Gwaii and 1,000 kilometers along the Inside Passage, he’s now completed British Columbia’s sea kayaking triple crown. This summer, he set out on a 300-kilometer ski-and-sled trip in the Arctic, followed by a 1,300-kilometer canoe trip through the Yukon and Northwest Territories.